The following provisions apply with respect to German national trademarks:

The Trademark Act was modified in 2019 in order to implement EU Directive 2015/2436 (known as the Trademark Modernisation Act). A 2019 amendment to the act allowed for the possibility to register trademarks such as sound marks, multimedia marks and holograms, among others. Trademarks can be filed in electronic formats; the requirement of graphic representation has been abolished. A certification mark can be registered by an independent entity in Germany, which protects certain properties of products or services.

EU trademarks, which automatically include Germany, are ultimately regulated by the EU Trademark Regulation 2017/1001, both in terms of substantive law and procedural law. However, specific national provisions are applicable in those cases where this is expressly permitted by the regulation (eg, Article 17). Section 125b of the Trademark Act contains provisions that supplement the EU Trademark Regulation both substantively and procedurally.

The legal framework for any litigation proceeding before the civil courts is governed by the German Procedural Code.

The following give cause for an infringement action before the German civil courts:

Trademark infringement cases are heard before the district courts as a first instance, either by way of preliminary injunction proceedings or a main proceeding on the merits. A total of 21 specialised district courts can hear trademark infringement cases. The most prominent – and the busiest – courts for trademark matters are Cologne, Dusseldorf, Frankfurt, Hamburg and Munich.

In general, the commercial divisions – established within the district courts – are competent. These chambers comprise one professional judge and two honorary judges with professional experience in business and trade matters. All members of the commercial division have the same voting rights. However, the parties often implicitly agree to let the ordinary civil divisions decide the case – these are composed of three professional judges. In less complicated cases, the parties have the option to agree that a single judge can decide the dispute. Appeals filed before the higher regional courts are heard by three judges.

There is a maximum of two further instances.

Forum shopping is possible under certain circumstances. The jurisdiction of the competent court is determined by:

In cases where these venues do not concur, it is for the plaintiff to decide where to go. For example, if the alleged infringer is located in Germany and offers the disputed products for sale online, every German district court will be competent to hear this matter since the disputed products are accessible throughout Germany via a website. This is true with respect to German trademarks, but not EU trademarks. According to the Supreme Court’s decision in Parfummarken (BGH, I ZR 164/16), infringement proceedings based on an EU trademark in cases of cross-border infringement before a German court require an overall assessment of the infringer’s acts in order to determine the original infringement rather than focusing on separate infringing acts. However, in its recent decision C-172-18 (5 September 2019), the European Court of Justice corrected this case law and held that the decisive factor is whether internet offers are “directed” to consumers of an EU member state that is different from the member state in which the website owner is domiciled.

No jury trial is available in Germany.

For trademark infringement in particular, the following remedies are available:

Damages can be calculated in three ways:

The plaintiff may choose between the above calculation methods and has the option to alternate between these methods until a final decision on damages is handed down. The plaintiff may even choose one method for past use of the trademark and another for future use. A trademark owner’s lost profits are seldom chosen due to the difficulty of proving what profits the owner would have made had the infringement not occurred. Damages do not tend to be punitive in nature.

In order to calculate the amount of the claim for damages and to decide on one of the calculation methods, the trademark owner has the right to information regarding the origin and the sales channels for unlawfully marked goods and services according to Section 19(1)(2) of the Trademark Act. In special cases, these claims not only exist against the infringer but may also exist against certain third parties.

The claim for information includes names and addresses of manufacturers, suppliers, other previous owners of the products or services, commercial customers and the quantity of goods manufactured, delivered, received or ordered, as well as the prices paid.

The claim for information can be applied in the main proceedings as well as in preliminary injunction proceedings (see Section 19(7) of the Trademark Act).

According to Section 18(1) of the Trademark Act, the claim for destruction of the illegally marked goods is provided. This claim against the infringer is independent of fault.

The destruction claim is excluded if the claim is disproportionate. It may only be asserted in the main proceedings. In the context of a preliminary injunction, the claim for destruction may not be ordered as it cannot be reversed. Preliminary injunction proceedings in Germany are only intended to secure a provisional state of affairs, not to cause an irreparable condition.

In general, each party must set out and prove the actual features of the legal rule favourable it. The plaintiff must prove the conditions on which its claims are based, the alleged infringer must prove the facts that deny the claims, whereas the concrete distribution and extent of the burden of proof in the course of the proceedings depends on the submissions in the specific case. The more detailed the submission with respect to one fact, the more detailed must be the response. This means that it is the plaintiff’s duty to substantiate all facts relevant to the decision (ie, all facts should be presented precisely and, if possible, indicating the source of knowledge).

Surveys can provide important evidence. They are particularly important when it comes to proving the reputation of a trademark or its acceptance through use. Since it must comply with certain requirements in order to be accepted to demonstrate reputation, it is highly advisable to engage independent and experienced market research agencies to conduct such surveys. This reduces the risk of potential objections.

Typically, surveys are meant to represent a cross-section of the total population or of particular consumer groups recruited from it, or by investigating different types of experts. The survey results are documented in written reports.

In practice, the judges deciding the case are competent to assess the distinctiveness of a trademark or the likelihood of confusion. However, expert witnesses are an effective tool in order to provide reliable information on customer awareness, particularly in cases of non-traditional trademarks (eg, 3D marks), the reputation of a trademark and in order to assess the scope of protection of a trademark. Expert opinion will be presented to the court in written form. During the oral hearing, the judges and both parties can ask the expert to answer specific questions regarding their written opinion. Cross-examination (such as that found in the United States) does not exist in Germany.

It is the duty of both parties to respond to the submission conclusively and, in case of a dispute, to substantiate its allegations. This includes any defence that the other party may rely on.

Where the specific facts of the submission of one party are substantially disputed by the other party, it is the burden of the party to provide sufficient proof for this fact, either by way of documents, witnesses or experts. The defence strategy therefore also depends on the concrete degree of substantiation by the other party.

In addition to arguing that the earlier trademark is not used by the defendant and that there is no likelihood of confusion between the trademarks in question, the following defences are available:

Trademark infringement cases are heard in up to three instances. The decision of the district courts (first instance) can be appealed to the higher district courts (second instance), which will be a full legal review of the case. Therefore, in general, the appeals court must base its review on the facts and evidence determined by the first-instance court, which is why it is of utmost importance to submit all relevant facts and evidence at first instance.

However, under very narrow circumstances new facts and evidence are permitted where:

A third instance is available only in specific circumstances. An appeal to the Federal Court of Justice may be permitted by the Court of Appeal if the case is of fundamental importance or if a decision by the Federal Court of Justice is necessary for the further development of the law. In practice, the courts of appeal rarely allow an appeal. Parties who are dissatisfied with a decision can also request that the Federal Supreme Court allow an appeal despite the refusal of a court of appeal. Such non-admission appeals are rarely successful. If the appeal is allowed by the court of appeal or if the non-admission appeal is successful, the case is referred to the Federal Supreme Court for a decision. 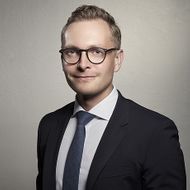 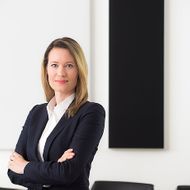 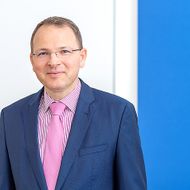