Further success for Sky in SkyKick saga, as partial invalidity finding is overturned 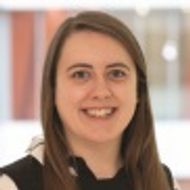 Sky Plc, a household name in relation to TV broadcasting, communications and broadband, has traded extensively in the United Kingdom and elsewhere under the SKY brand for many years. In 2016, Sky brought proceedings against SkyKick, a company offering cloud-based software management services, in the UK courts for trademark infringement and passing off in relation to the signs 'SkyKick', 'skykick' and figurative variants thereof.

SkyKick denied trademark infringement and passing off, and counterclaimed for a declaration that the SKY trademarks were either wholly or partly invalid primarily on the grounds that: the broad specifications covered by the SKY trademark registrations (including ‘computer software’, ‘telecommunications services’ and ‘internet portal services’) lacked clarity and precision. In addition, it held that Sky had acted in bad faith in applying for the SKY trademarks because at the time of filing Sky did not intend to use the marks for all goods and services covered.

The UK High Court referred five questions to the Court of Justice of the European Union (CJEU) relating to invalidity and bad faith. The CJEU determined that a lack of clarity or precision in goods and services could not be considered a sufficient ground for invalidity of a UK or EU trademark. However, an application made without any intention to use the trademark in relation to the goods and services could constitute bad faith. Bad faith could apply if an applicant had an intention to undermine the interests of a third party or of obtaining an exclusive right for purposes other than those falling within the functions of the trademark. An application could be made partly in good faith and partly in bad faith, and the mark would only be invalid for the goods and services for which bad faith was found.

When before the High Court in April 2020, Lord Justice Arnold largely followed the CJEU judgment, but also took a few additional points into his own hands, finding the following:

The court found that the judge erred in his finding of partial invalidity, with Sir Christopher Floyd overtly stating “I am in no doubt that Sky's appeal on the issue of bad faith should be allowed and the judge's order set aside insofar as it cut down the specifications of goods and services of the trademarks”. The court distinguished between cases such as this, where Sky clearly did intend to use, at the time of filing or in the future, its SKY marks for at least part of the broad specification of goods and services, as opposed to cases with an exclusively dishonest filing purpose, for example where the sole objective of the application is to block third parties from the market without an intention by the applicant to use the mark at all.

The CJEU conclusively determined that a mark can be filed partially in good faith and partially in bad faith, therefore a detailed and cautious review of the relevant goods and services relied upon by Sky was required. When doing so, the overall breadth and length of the specifications should not be a ground for concluding that the applications as a whole or even parts of them were made in bad faith, and it should not be the case that an entire category of goods or services should be declared invalid because there was bad faith in relation to only some of the terms which fall within it. Each category must be considered in its own right.

The principal conclusions reached by the judge in finding partial bad faith were that for certain goods and services, firstly Sky had no foreseeable prospect of using, and secondly it applied for the marks extremely broadly regardless of commercial justification. The court found these conclusions to have various difficulties in application, including that their significance varies dramatically depending on which goods and services are under review. For the hotly contested term ‘computer software’, the court considered that Sky did have a substantial business in these goods already and expectations of further future use, and that while Sky may have had no prospect of using the mark in relation to every conceivable sub-division of the full breadth of computer software, this is not a relevant or objective indication of bad faith. An applicant is under no obligation to have or prove a prospect of using a mark in relation to every type of good or service falling within a category. It would be different if Sky had no intention to use the mark for a specific category at all.

The court also found the procedure adopted by the judge following the CJEU judgment to be unfair to Sky and held that the judge had erred in formulating a restricted specification of his own, without giving Sky the opportunity to answer the updated points in the case and provide their own proposed wording.

Finally, the court considered there to be no basis to interfere with the earlier decision on passing off and found the cross-appeal on infringement to be rendered moot by the allowance of Sky’s appeal on partial invalidity.

The 2020 High Court decision largely in Sky’s favour already provided great relief to many UK trademark owners to know that even if an existing registration covers overly broad or imprecise terms within its specification, and even if this could result in a finding of partial bad faith, this will not automatically result in the fall of the entire registration. This appeal decision goes even further in protecting broad categories of goods and services under which there is at least some use.

It is also comforting to know that even if a trademark owner were to find themselves in a similar situation to Sky, the courts should not devise alternative restricted specification wording for terms deemed to have been filed in bad faith themselves without giving the owner the chance to provide their own fall-back wording.

This long-running saga will still, however, undoubtedly make trademark applicants and practitioners think twice before filing an application for the extremely popular term ‘computer software’ (or other similarly broad terms) without limitation going forwards. In the United Kingdom, caution should always be exercised when filing trademark applications with broad specifications in any case, especially if such applications are made strategically rather than with a genuine intention to use the marks for all of the goods and service covered.