Is a foreign company obliged to pay taxes on damages issued for illegal trademark use? 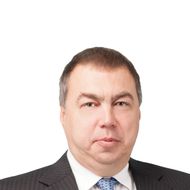 The Department of Tax and Customs at the Ministry of Finance of the Russian Federation has provided an explanation regarding a controversial situation, in which a foreign entity with a permanent location in the United Kingdom had received damages for the illegal use of a trademark following a number of legal proceedings. Although such payments are considered income of the foreign legal entity on Russian territory, the company had not paid profit tax in Russia, leading to appeals before the Department of Tax and Customs. Having analysed the existing legal norms, the department published “On taxation on the territory of Russia of the damages adjudged to a foreign entity for the illegal use of a trademark” (30 April 2019 03-08-05/32197), explaining the sequence of actions in such cases.

According to Article 309(1(4)) of the Tax Code of the Russian Federation, “income from the use in the Russian Federation of the rights to intellectual property subject matters” will be attributed to a foreign company’s income not related to its business activities. “Other similar income” is also mentioned in the norm. As such, the Department of Tax and Customs notes that “the foreign entity income being paid by the Russian entities according to the court decision regarding the indicated statements of claim shall be subject to be taxed proceeding from their kind classification in accordance with the provisions of Paragraph 1 of Article 309 of the Code”.

However, where there is an international treaty in place, in the case of a contentious situation, the norms of the treaty will have priority over state law (in this case, the Tax Code). Modern economic relations have lost their territorial character and are increasingly emerging on the territory of several states. This usually creates difficulties when determining the amount and place of tax payments. To simplify the system of calculating the amount and procedure for payments between Russia and other countries, including the United Kingdom, bilateral treaties on the avoidance of double taxation have been concluded.

To summarise, according to the general rule, when recovering damages in favour of a foreign company for the illegal use of a trademark, the damages amount is considered income from the use of intellectual property and is taxed according to Russian legislation. However, if the treaty on avoiding double taxation has been concluded between Russia and the country in which the foreign company is permanently located, its norms have priority. In that case, the amount and procedure for tax payments should be determined on the basis of the treaty.

Despite the fact that the Department of Tax and Customs’ letter is of an informative nature, it should be assumed that the tax authorities will be vigilant in monitoring payments that foreign companies must transfer to the Russian Treasury after receiving damages ordered by the courts.