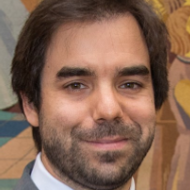 The Africa Regional Intellectual Property Office (ARIPO) has announced the appointment of new director general Bemanya Twebaze. The announcement was made during the 44th and last administrative council session, which was held in Zimbabwe between 16 and 20 November.

Twebaze was previously the CEO of the Uganda Registration Services Bureau. He is due to take office on 1 January 2021 for a four-year term and replaces Fernando dos Santos, who served ARIPO for eight consecutive years.

Overall, the impact of dos Santos’s term has been extremely positive. Under his leadership, ARIPO has grown, become more professional, launched various education programmes and helped many African countries in their IP development strategies. In particular, he welcomed Sao Tome and Principe and Mauritius as ARIPO member states and promoted the adoption of the Swakopmund and Arusha Protocols, as well as accessions to 11 existing ARIPO protocols.

In terms of education, besides establishing new ARIPO administrative council sub-committees and forming the working group on the improvement of the ARIPO Industrial Property Protocols, dos Santos set up multiple workshops, seminars and master’s degrees, including the launch of a philosophy degree in intellectual property at the University of Science and Technology in Kumasi, Ghana and a master’s in intellectual property at the University of Dar es Salam, Tanzania.

These achievements have made him one of the most influential people in the IP world. Further, stakeholders in the IP realm have highlighted his professionalism and generosity.

Dos Santos’ work has facilitated and improved daily IP work in Africa. It is therefore no surprise that on 20 November he received a recognition award from ARIPO and its member states for everything that he has done for intellectual property on the continent. Many will wish dos Santos all the best and look forward to ARIPO's continued success – hopeful for what Twebaze will bring.