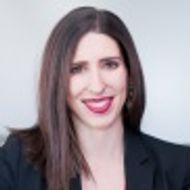 Trademarks are the main form of IP right in Cape Verde. To date, 4,355 trademark applications have been advertised in the IP Bulletin.

Applicants with the highest number of trademark applications in the country originate from:

In contrast to rights holders from Cape Verde and Portugal, applicants from the other countries listed are most likely to file applications in languages other than Portuguese. This raises the issue of translation and semantics when filing trademark applications. While Portuguese is the official language of Cape Verde, Cape Verdean Creole is spoken by much of the population. As such, both are considered by the Cape Verde Patent and Trademark Office (PTO) when analysing translations of words used in trademarks.

Under Article 152(4) of the IP Law, if a trademark contains sayings in lesser-known characters, these shall be transliterated and translated and inserted in the filing form, close to its representation when filing an application. Failure to do so will mean that applicants risk non-compliance with the formal requirements and a request by the PTO to provide technicians with the necessary information to examine the applications formally and substantially.

By using the terms ‘characters’ and ‘transliterate’, the scope of languages to be considered corresponds to written systems other than the Latin, for instance, Japanese (mixed scripts of Kanji and Kana) and Chinese (Chinese characters), if relying on the list of countries above.

With regard to the type of trademark, applications with sayings in lesser-known characters, notwithstanding those consisting of words, are filed as device marks, which means that the characters are deemed as images or logos.

Providing a translation of a trademark into Portuguese is crucial, as it allows the PTO to verify whether the mark lacks distinctiveness an whether it contains expressions that are contrary to morals or customs, offensive to national or community law or public order, in which case it will be refused.

Considering the linguistic elements of the jurisdiction, before filing a trademark application it is advisable to get to know some cultural and linguistic features and attest whether the translation of the trademark’s sayings into Portuguese or to Creole would have any negative impact.

Being aware of these variants in an early stage allow applicants to adjust their filing strategy and to make the necessary alterations to have a smooth process until registration.