Although costly, R&D in the healthcare sector is rewarded with patents. But it is also wise to invest time and money in developing a strong, recognisable brand in the pharmaceutical industry

It is widely recognised across a number of industries that investment in trademark and brand protection is vital to ensure a business’s success. There is a deep understanding of the need to create a brand which will appeal to consumers and distinguish a company’s products or services from those of others. Significant amounts of time and money are spent registering and enforcing trademarks to prevent third parties from trying to pass themselves off as being associated with a successful brand. This is on top of the vast amounts of investment in marketing and advertising campaigns designed to promote a brand and maximise consumer recognition.

Nowhere is this awareness of the importance of strong brands felt more keenly than in the pharmaceutical industry, where developing a new drug and bringing it to market can cost millions, if not billions, of pounds. It is well established that the reward for the cost of such R&D is the grant of a patent, which gives the rights holder a period of exclusive use and benefit over its invention. However, once that patent expires – usually after 20 years, perhaps 25 years if a supplementary protection certificate has been granted – and the market is flooded with generic versions of the product, the pharmaceutical company will need to rely entirely on the goodwill and reputation that its brand has acquired to ensure that sales remain high. This is particularly the case in the context of over-the-counter healthcare, where the general consumer makes his or own purchasing decisions as opposed to simply being prescribed medication by a doctor or pharmacist. This area of healthcare is a growing business – the global over-the-counter pharmaceuticals market is forecast to be worth $106.3 billion by 2017 (while consumer healthcare generally is estimated to be a $500 billion industry).

Selecting and securing a trademark

When deciding on a trademark in other industries, companies have a relative degree of freedom in selecting the mark of their choice, provided that it is not confusingly similar to earlier marks that have already been registered or are already in use (and certain other exceptions). However, in the context of pharmaceuticals, the process is more complex and involves legal, regulatory, linguistic and marketing considerations (which in turn incur substantial time and economic costs). It is therefore advisable that the whole process be carried out in stages, so that the number of possible marks can be whittled down at each step.

As a starting point, it is advisable to carry out a clearance search as normal – a trademark search in a specialist pharmaceutical database will minimise the risk of third-party oppositions based on earlier marks. After a broad initial search, more detailed national searches should be carried out (including in countries outside the European Union if there is an intention to use the mark there).

It has been established that the relevant consumers for pharmaceutical products are health professionals and end consumers (Alcon Inc v OHIM, Case C-412/05, April 26 2007), and that end consumers pay an “above average” level of attention to pharmaceutical products, given the potential medical implications if products are confused (Aventis Pharma SA v OHIM, Case T-95/07, October 21 2008). In METABOL/METABOL-MG (Case T-486/12, June 11 2014) the General Court held that there was likelihood of confusion between the marks METABOL and METABOL-MG. The additional element ‘MG’ played only a minor role in the overall impression created by the marks and did not negate the similarities caused by the common element METABOL. There was a likelihood of confusion on the part of the relevant consumer notwithstanding the weak distinctive character of the earlier mark (where METABOL referred to ‘metabolism’). The court found that similarities between goods can offset dissimilarities between marks in order to establish a likelihood of confusion, as was the case in METABIOMAX/METABIAREX (Case T-281/13, June 11 2014).

It is also advisable to subject the possible mark to linguistic screening in order to avoid choosing a trademark that has unintended meanings or connotations in any of the languages of the jurisdictions in which the product is to be sold. The usual absolute grounds for refusal may apply if the selected name is deemed to be descriptive or devoid of distinctive character. Many pharmaceutical companies also include in the clearance process a review by independent pharmacists, doctors and other healthcare professionals, who assess the proposed marks for any issues, including the potential for errors in prescription (oral and handwritten) and confusion issues.

Once a suitable mark has been identified, regulatory approval must be obtained. Where EU-wide approval is required, the European Medicines Agency (EMA) can grant marketing authorisation (which is available via a single application and must be obtained for every individual product). This is effective across Europe (including the European Union and the European Economic Area – which covers Iceland, Lichtenstein and Norway as well as EU member states), provided that the medicinal product authorised under the centralised procedure has the same name in every member state. Under the EU Medicinal Products Directive (2001/83/EC) and EU Regulation 726/2004, EMA authorisation is mandatory for certain types of medicine, including advanced therapy medicines (eg, gene therapy, somatic cell therapy and tissue-engineered medicines) and products containing a new active substance for the treatment of cancer, diabetes and HIV. A number of rules must be followed to ensure that a trademark is acceptable in a centralised EU marketing authorisation procedure.

The primary concerns of the EMA relate to safety and efficacy issues, rather than infringement issues. Names submitted to the EMA are reviewed by the Name Review Group by reference to the Guidelines on the Acceptability of Names for Human Medicinal Products Processed through the Centralised Procedure. Analysis includes consideration of such issues as whether the proposed name could convey misleading pharmaceutical connotations or be misleading with respect to the product’s composition. The group’s assessment is independent of any consideration of similarity or infringement under trademark law. Therefore, a name that has been fully cleared from a trademark perspective may be blocked by the group on the basis of safety concerns. The EMA’s rejection rate for applications is close to 50%. It is therefore advisable to have back-up names in the event that a first choice is rejected.

National authorisations can also be obtained on a state-by-state basis. For example, in the United Kingdom, applications for pharmaceutical trademarks must satisfy the requirements of the Medicines and Healthcare Products Regulatory Agency. A decentralised procedure allows companies to apply for multiple national market authorisations simultaneously, provided that the relevant product has not already been authorised in a member state (and the centralised procedure set out above does not apply).

In addition to the trademark – the brand name primarily designed to aid consumer recognition – pharmaceutical products must have a chemical name and a non-proprietary generic name.

Chemical names describe the chemical structure of the product and as such tend to be long and complex. The primary function of a chemical name is to identify the precise compound of the product. It is therefore used primarily by chemists and not the average healthcare professional or consumer.

International non-proprietary names (INNs) have been granted by the World Health Organisation (WHO) to all pharmaceuticals sold internationally since 1953. The cumulative list of INNs stands at over 7,000 and is growing every year by between 120 and 150 names. The purpose of these generic names is to assist healthcare professionals in identifying the pharmacological properties of drugs. Names of pharmacologically related substances demonstrate their relationship by using a common ‘stem’. Different stems are assigned to different categories of drug based on their chemical or pharmacological properties. Each INN is a unique name which is globally recognised and is public property. As such, an INN cannot be registered as a trademark. A proposed pharmaceutical trademark (including invented trademarks) shall not be derived from an INN or include an INN stem. INNs can be used without restriction to identify pharmaceutical substances and use of the INN is normally required by legislation for this purpose.

There are several reasons why it is worth investing time and money in developing a strong, recognisable brand in the pharmaceutical industry.

Trademarks help healthcare professionals to reduce medication errors. The rigorous process that a pharmaceutical trademark undergoes to make it onto the register is designed to ensure that it is unique and distinctive. Generic names are generally much longer and more complex, and pharmaceuticals in the same category of medicine tend to have highly similar generic names. Reliance on generic names alone would therefore likely result in more errors – by using unique trademarks for each drug, the chance of error is reduced and it is easier to ensure that the correct drugs are given to patients.

Trademarks also help consumers to identify and stick to their preferred drug. Once consumers find a brand-name drug that works for them, they are often reluctant to switch to another drug, particularly a generic version. Establishing such goodwill and brand loyalty at an early stage of a pharmaceutical product’s life will ensure the product’s success down the line when it comes off patent and the market is filled with generic products.

Pharmaceutical trademarks help rights holders to take legal action against counterfeiters and infringers of their products, and in turn aid enforcement action by customs and border control agencies in respect of fake or counterfeit medicinal products (see the EU Falsified Medicines Directive (2001/62/EC) and the EU Customs Enforcement Regulation (608/2013)).

Finally, trademarks allow manufacturers to monitor the safety of their products. Reports of adverse events that mention the generic name only would not identify the specific manufacturer or drug involved, and further time-consuming and expensive investigations would need to be carried out to determine whether their drugs were involved. 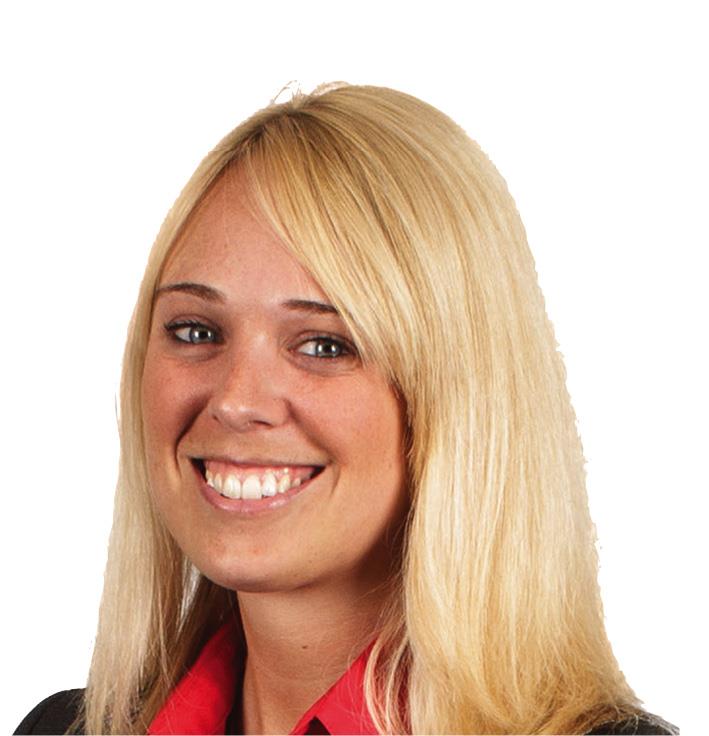 Ellen Hughes-Jones is an associate in the London office of Locke Lord LLP and a member of the IP practice. She advises clients on a variety of IP matters, particularly in relation to trademarks (covering all aspects of the selection, prosecution, protection and enforcement of trademarks), copyright and design right issues, licensing agreements and IP/IT disputes. Ms Hughes-Jones is a co-founder and committee member of the legal network Women In Law London.