EU trademark reform five years on – what has changed? 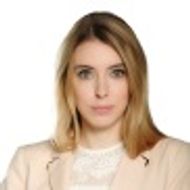 The EU Trademark Directive (2015/2436/EU) was issued almost five years ago but its implementation across EU member states has been staggered over the years since. As the implementation process draws to a close, practitioners from various CMS trademark offices in the European Union have commented on the impact of the changes in their respective jurisdictions. This two-part article does not cover all aspects harmonised by the directive. Rather, it gives a flavour of the changes and how individual practices have been altered, as well as the future impact that the directive is likely to have.

The aim of the EU Trademark Directive was to further harmonise trademark law across EU member states, making registration and enforcement processes faster, more efficient and more predictable. It also implemented a number of reforms arising from EU case law.

Goods in transit and preparatory acts

One of the most notable changes concerned extending brand enforcement and cross-border measures to transported goods. Following the directive, on the request of a trademark owner, the customs authorities of members states can now detain potentially infringing goods ‘in transit’ – that is, as they are passing through the member state where the earlier mark is registered, even if they are not marketed there. The burden of proof is placed on the shipping party; the goods will be released if this party demonstrates that the trademark owner has no right to prohibit circulation of the goods on the market in the country of their final destination.

New infringement provisions have also been introduced, which enable trademark owners to take actions against counterfeiting preparatory acts. This includes the production of packaging, labels and other materials, which could be used on counterfeit goods.

Another significant aspect harmonised by the directive concerns the ability to initiate revocation and invalidity actions before the IP offices rather than having to launch court proceedings. While this has been possible in the United Kingdom and Poland for many years, it is a novelty in a number of jurisdictions. Harmonisation in this respect is certainly welcome and it is positive that trademark applicants will be able to take advantage of the cost savings and simpler procedure of registry cancellation actions (compared to court proceedings).

At the time of issuing the directive, there was much excitement with regard to the abolition of the graphical representation requirement in trademark applications. As the world moved to digital, why should the legal sphere continue to replicate the old paper world, which had required trademark professionals to literally cut out and stick copies of logos onto paper forms or attempt to describe what the proposed trademark smelt or sounded like? The new law enables applicants to represent trademarks in accepted digital files (eg, MP3 for sound marks and MP4 for multimedia marks), therefore making filing applications easier and more flexible. Further, the information on the registers more accessible to users, and more accurate.

France was one of the later implementers of the directive, which has only been fully in place since 1 April 2020. One of the highlights in the country is the increased role of the National Institute of Industrial Property (INPI), which has been granted exclusive jurisdiction for invalidity and revocation proceedings. Similar to Germany and Italy, it is expected that the new proceedings before INPI will be faster and far less expensive than court proceedings. Further, the fact that claimants can invoke several rights within a single cancellation or opposition action is a strong asset.

New opportunities are set to arise due to the fact that claimants are no longer required to demonstrate their interest to file a cancellation action. This could pave the way for actions brought by third parties to preserve the anonymity of the real claimants.

As these actions become more accessible, it is hoped that trademark registries will become less crowded and that clients will gradually find it easier to identify available signs and register their trademarks in the long term.

The directive was introduced into national German law in two phases. The first part, implemented in January 2019, was not that thrilling as it merely confirmed what had been already established by case law. However, the changes that the directive brought in the second part, which entered into force on 1 May 2020, have been more exciting for Germany. Since 1 May 2020 it has been possible to pursue motions for revocation (on the basis of non-use) and motions for invalidation (eg, on the basis of prior rights) before the German Patent and Trademark Office. There is no need to initiate these actions before the courts anymore, which makes the proceedings more cost efficient (with official fees of €400 for the entire proceedings in the first instance) and hopefully faster.

The directive was implemented in Italy in the first half of 2019 and introduced a number of significant changes to the Italian Industrial Property Code. Among other things, it enabled licensees to bring infringement proceedings in their own name and introduced new grounds for opposition. It is now possible to base an opposition on an earlier trademark with reputation, irrespective of whether the conflicting goods are identical or similar (just like in EUIPO proceedings).

Figures 1 to 4 provide amusing examples of non-conventional trademark applications filed in different jurisdictions following the implementation of the directive. 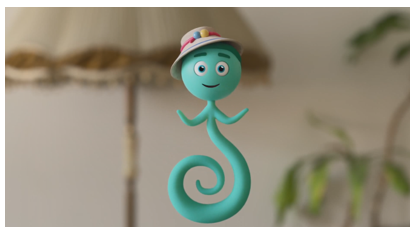 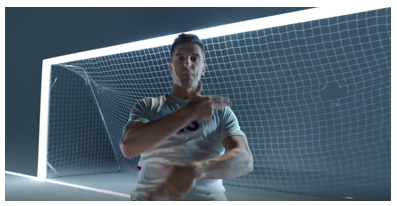