Trademarking a tragedy: the need to defend against rogue trademarks of tragic events

The entire world was in a state of shock, disbelief and sadness last Thursday at the news that Malaysia Airlines flight MH17 had been shot out of the sky over war-torn eastern Ukraine. Some individuals, though, saw the tragedy as something else entirely: an opportunity. Reports soon surfaced of mysterious companies registering trademarks for the term ‘MH17’, and despite it being the last thing Malaysia Airlines would want to think about at a time like this, it has been forced to register defensive trademarks this week against these rogue applications.

Within hours of last Thursday’s disaster, at least three trademark applications for the term ‘MH17’ were filed in the EU and US (by Belize-based company Seyefull Investments Limited) and in Australia (by Kuala Lumpur-based company Remit Now Int'l Ltd). The IP department of Malaysia Airlines reacted swiftly by filing for a host of defensive trademarks for the term ‘MH17’ on Monday, in jurisdictions including Europe and home country Malaysia. In fact, a Malaysia Airlines spokesperson confirmed to the Daily Mail that the company is attempting to “block the application[s]” by registering the marks, adding: “Malaysia Airlines has started the process of filing the trademark over ‘MH17’. The purpose is to ensure no party takes advantage of the tragedy for their personal gains.”

The airline has also registered defensive trademarks in various jurisdictions for ‘MH370’, the flight that disappeared from radar over the South China Sea earlier in the year and has yet to be found. Other companies, including the aforementioned Seyefull Investments Limited, applied to register trademarks for the ‘MH370’ term in the following days and weeks. There are other examples of individuals or companies filing for trademarks around tragic circumstances, including a well-known art businessman filing for the term ‘September 11, 2011’ on the day of the 9/11 terrorist attacks (the application was ultimately rejected) and attempts to trademark ‘Boston Strong’, a slogan associated with the 2013 Boston bombings (these too were rejected).

Rogue trademarks related to the name of a tragedy “enable the proprietor to exploit licensing opportunities”, explains EIP trademark attorney Sharon Daboul, and it’s “a practice that seems to be on the increase”.

“What this means is that those entities which are caught up in such tragedies may need to think about registering the marks themselves simply in order to get there first and prevent third parties exploiting such incidents for their own benefit,” Daboul says, adding that this is especially important in jurisdictions that are first-to-file, such as China, and where the concept of defensive trademarks doesn’t exist, such as the UK (where defensive trademarks were abolished with the Trademark Act 1994).

“As stated, this is not the first thing that comes to mind in these circumstances, but sadly it is something which will possibly need to go on the ‘disaster management’ list. The opportunity to oppose a rogue trademark will come once the trademark has been published, and this can take a number of months depending on the territory where the application has been filed. An IP strategy should incorporate an objection to all third-party attempts to register the mark, but it is important to have your own house in order.”

It is unfortunate that trademark strategy should play any part in discussions about ‘disaster management’. Having to register trademark applications related to a tragedy to defend against rogue applicants and even domain name disputes (various domain names linked to the Malaysia Airlines tragedies redirect to nefarious websites) is part of the reality of a world where some individuals see tragic events as a commercial opportunity. 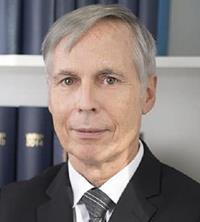