A number of industry associations – including INTA, CITMA, ECTA and MARQUES – have teamed up to publish a joint statement on the Brexit negotiations. The paper signals that the user community is not yet ready to accept the European Commission’s recently published withdrawal agreement as the last word when it comes to the future treatment of trademarks.

Last week we reported on the publication of the draft withdrawal agreement, which offered vital detail on the possible treatment of EU trademarks (EUTMs) and registered Community designs (RCDs) in the coming years. In response, AIM, APRAM, The Benelux Trademark Association, CITMA, ECTA, INTA and MARQUES have joined forces to issue a statement to the European Commission’s Francois Arbault. The document calls for negotiations to be conducted with “maximum transparency”, including consultation of users on potential solutions where appropriate. It also urges that “any changes to the IP system be intensively publicised and introduced with sufficient transition periods so that businesses… are adequately informed and enabled to take all the necessary actions”.

As to what those changes may be, the Commission document has the stated aim of holders of EUTMs registered before the end of the transition period becoming the holders of a comparable right in the UK. However, absent confirmation on whether this would be an automatic process, the industry associations argue that “all existing EUTM registrations should be automatically entered onto the UK trademark register as UK registrations with the same scope of protection, registration date and, where applicable, priority and seniority. We suggest that the same approach is applied to RCDs.”

While this would impact around one million marks and therefore require assurances from the office that this would be achievable from an administrative perspective, the respective associations understand that the UKIPO would be able to “cope” with the related workload.

The withdrawal agreement document also states that, for EU applications filed before the end of the transition period in December 2020, a nine-month priority period will be available to claim priority in relation to newly filed UK applications. In terms of pending EU applications, though, the user associations urge that these “should be automatically treated in the UK as a corresponding UK right (with the same scope of protection, filing date and, when applicable, priority date), without any need for the applicant/owner to take any step or make any payment”.

Lee Curtis, a trademark attorney at UK IP firm HGF, comments: “With regards to pending applications before the EUIPO it is interesting to note that, if a decision is taken that the EUIPO will continue to examine these applications, the user groups are advocating that some form of notification is placed on the UK register that the examination is ongoing and could impact the UK Register later. However, it strikes me this provision might be made largely redundant by the period provided for ‘converting’ pending EU trademark applications following the end of December 2020, which is effectively a clean break provision to avoid the impact of long winded EUTM applications having a never-ending impact on the UK Register. It is [however] possible this provision is designed to cover ongoing opposition, revocation and invalidity proceedings – which may be more complex and difficult to transfer in a post-Brexit world between the EUIPO and UKIPO given their examination may have progressed somewhat.”

Turning to the question of trademark use, the associations add that any UK registration originating from an EUTM registration should be subject to a use requirement under UK law from the date the UK ceases to be a member of the EU. However, they are also seeking an extended transitional period whereby – for a period of five years from exit – genuine use made of the EUTM before that date (ie, that would be considered genuine use by the EUIPO) should also be considered genuine use of the resulting UK mark, even if the use would not have been deemed sufficient for maintaining an equivalent national registration. Similarly, genuine use of an EUTM in the UK within the five years before exit would be considered genuine use in the EU even if the decision on such use is given post-Brexit. Curtis characterises this suggestion as “a position which seems entirely reasonable”.

One notable omission from the document, in terms of an agreed position, relates to representation before EU institutions. The document notes that “each of our organisations represents different types of users and therefore might address you on this issue separately in a near future”. That could equally be read as meaning that each association has users with very different positions on this hot button topic and – absent agreement – each is free to lobby accordingly.

As we noted previously, the draft agreement is just that – a draft. Therefore, while we are getting closer to clarity on the treatment of trademark rights post-Brexit, there is still room to manoeuvre. World Trademark Review understands that, at a working level, the UK government has been in continuous discussions with key lP stakeholders (including CITMA, INTA and MARQUES) over the past few months. Additionally, the recently appointed UK IP minister, Sam Gyimah, is hosting a series of Brexit-related roundtables with key IP organisations to hear their concerns and provide an update on the progress of ongoing negotiations as they relate to IP.

The future is therefore not yet written and there could still be some twists and turns to come. 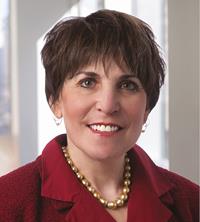