Following a Buckingham Palace announcement that Prince Harry and Meghan Markle will no longer use the titles “royal highness”, question marks have arisen over use of the couple’s Sussex Royal brand. Talking to WTR, trademark experts claim that, when it comes to obtaining registered trademark protection and defending against unauthorised applications, their position appears to be strong.

As WTR reported last week, the furore around Meghan and Harry’s intention to step back from Royal Family duties caused huge interest in their Sussex Royal brand. That interest also led to the unauthorised filing of an EU trademark application for SUSSEX ROYAL by an Italian resident, Ui Phoenix Kerbl, which covered six goods and services classes. In the days since, dozens more unauthorised trademark applications have been filed for the couple’s brand name. According to CompuMark’s director of professional services and strategy, Robert Reading, unauthorised filings for SUSSEX ROYAL have also been lodged in Argentina, Australia, Canada, Italy, New Zealand, Spain and the United States (including one at the USPTO by an attorney seeking to ‘teach Meghan and Harry a lesson’).

Crucially, says Reading, the high profile pair’s charitable foundation appears to have already applied for protection through a UK trademark application in June 2019, with an international application via the Madrid System (covering Australia, Canada, the EU and the US) filed six months later. The UK application was filed shortly after the announcement of their Sussex Royal brand (with the first use of the brand name being the couple’s Instagram account launched in April 2019). Thus, Reading concludes: “There are going to be some very busy examiners and attorneys sorting out this mess around the world, and potentially some embarrassed and out of pocket third parties.”

However, the situation in the Royal household escalated over the weekend, with Buckingham Palace announcing that Harry and Meghan will no longer use the titles “royal highness” or receive public funds for their work under a deal that lets the couple step aside as working royals. The move led to some commentators questioning the pair’s trademark activity, with Daily Mail royal correspondent Rebecca English stating: “[Buckingham Palace] couldn’t answer the crucial question of whether Harry and Meghan can still market themselves as ‘Sussex Royal’ if they aren’t official working royals any more. [It] May require a wholesale rethink of their website and strategy.”

For that reason, some royal experts are not happy that Harry and Meghan could use the term 'royal' for their future commercial plans, and have urged them to reconsider. For example, Thomas Woodcock, Garter King of Arms, voiced his concerns to The Times, saying: “I don’t think it’s satisfactory. One cannot be two things at once. You either are [royal] or you’re not.”﻿

One key element of the debate is due to provisions in the UK Trademarks Act 1994 – and therefore in practice at the UK Intellectual Property Office (UKIPO) – which prevents the registration of trademarks incorporating the word ROYAL in some circumstances. Therefore, some have asked, could Meghan and Harry be forced to drop the Sussex Royal brand?

Crucially, the UKIPO trademark examination manual does not rule out use of the word ‘royal’ in all circumstances. “The word ‘royal’ is unlikely to indicate Royal patronage or authorisation for everyday items [eg, insurance or financial services, double glazing services, provision of electricity] or for goods which are far enough removed from any association with the Royal family [eg, skateboards, computers, computer games or T-shirts],” the manual states. However, some potentially problematic goods and services that could indicate a royal link include high quality porcelain and glassware, luxury foods, exhibitions, tourism, and charitable services.”

According to Lee Curtis, chartered trademark attorney at HGF, these provisions shouldn’t be a problem for Harry and Meghan’s UK application. “The question is whether SUSSEX ROYAL would fall under such prohibitions and whether the change of status of the Duke and Duchess of Sussex alters the situation and thus directly impacts the trademark application in the name of their Trust,” he says. “I believe it highly unlikely any opposition would succeed. Firstly, the Duke and Duchess of Sussex are still members of the Royal Family and although they have agreed not to use the term ‘HRH’, their positions as members of the family will not change.”

He expanded: “Furthermore, the Duke will remain a Royal Prince and indeed will have explicit Royal patronage until April, had Royal patronage at the time the UK application was filed and post-April would be understood as having royal patronage recently. On top of that, some goods and services the UKIPO accept that the incorporation of the word ‘royal’ makes no association with the Queen or Royal Family – one example given by the UKIPO is insurance services and there are many insurance companies incorporating the royal in their trademark [eg, Royal London and Royal Sun Alliance]. Finally, it is likely that explicit consent from the Queen would override any opposition, if needed.”

If Curtis is correct, then the pair appear to be in a strong position to obtain registered protection in the Sussex Royal brand name. That protection would mean, therefore, that oppositions against third-party unauthorised applications will be less burdensome – albeit potentially still expensive and headache inducing.

Of course, the ongoing saga of Harry and Meghan’s position in the Royal family – and the subsequent brand debate it is causing – is changing by the day. For now, though, the couple’s legal position appears to be strong. 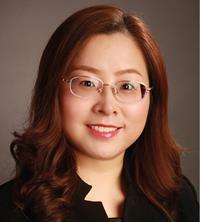