As one of the youngest patent systems in the world, China’s patent system and policies are developing rapidly and already have an increasingly strong influence globally. On the eve of the 20th World Intellectual Property Day, the Chinese National Intellectual Property Administration (CNIPA), the Supreme People’s Court and some other authorities published their annual IP reports and white papers. The data published reflects that a significant increase has been achieved for China in terms of the numbers of patent applications, valid patents for invention and patent litigations. After 35 years of quiet development, the patent system is now familiar to people and widely recognised by market players in China.

In order to get a more intuitive sense of this progress, the 2019 data has been compared with the corresponding data for 2010.

With the approach of the fourth amendment to the Patent Law, the upper limit of the statutory compensation will probably be increased from the previous Rmb1 million to Rmb5 million, and unprecedented punitive compensation of up to five times the amount is set to be introduced. Meanwhile, this amendment to the Patent Law will further reduce the difficulty of rights holders in furnishing proof for compensation. These measures will encourage rights holders to enforce their rights through civil litigation. Nevertheless, at the same time, they may also attract more NPEs coming to China, making traditional preventive measures, such as freedom-to-operate analyses, more important.

A trend of strengthening judicial protection of patent rights has been apparent from judicial trials in recent years. For instance, among the 586 civil second-instance cases of patent infringement disputes heard by the Supreme People’s Court in 2019, the winning rate of the rights holders stands at 61.2%.

This trend is also reflected in some innovative guiding cases. For example, in the recent patent infringement dispute between Dunjun Company and Tengda Company, the Supreme People’s Court expanded the interpretation of the ‘use’ of patent method as set forth in Article 11 of the Patent Law by a newly established “irreplaceable substantive role” rule, at least for inventions in the field of network communication in which multiple parties are usually involved. By such a rule, if the accused infringer, for the purpose of production and business, solidified the substance of the patent method into its infringing product, and, when the end user uses the infringing product in a routine manner, all steps of the patent method are naturally reproduced, then the act of the accused infringer or the results of such act played an irreplaceable substantive role to infringe the patent method. Although the judgment emphasises the particularity of the field of network communication, it is believed that the rule may also offer guidance for method patents in other fields.

Introduction to the judicial system of patent protection in China

In China, patent rights can generally be enforced through an administrative or judicial route, while a patent infringing act does not itself bear criminal liability. Regarding the administrative route, the patentee may apply to the local administrative authorities for IP rights protection. This procedure is processed relatively quickly, and the rights holder can obtain the injunction but cannot receive compensation. In addition, the administrative decisions of the infringement disputes are not final, because the parties can institute legal proceedings against these decisions. Therefore, in order to seek more comprehensive protection, the rights holder may need to enforce its rights through the judicial route.

In China, patent infringement litigation adopts a two-instance trial system, as is the case in other civil litigations. Although the basic people’s courts designated by the Supreme People’s Court can hear cases regarding patents involved in disputes according to the judicial interpretation, almost all the cases of patent-involved disputes are under the jurisdiction of courts of the intermediate level or higher. At present, a ‘1 + 76’ patent judicial trial system has been formed in China – that is, 76 intermediate or higher people’s courts have jurisdiction over patent-involved cases in the first instance, while one IP Tribunal of the Supreme People’s Court is responsible for hearing all patent cases, either civil or administrative litigations, in the second instance.

The IP Tribunal was established at the end of 2018 and began to accept cases on 1 January 2019. In addition to cases relating to patents, the IP Tribunal also hears other cases with highly professional and technical features in the second instance, such as new plant varieties, layout designs of integrated circuits, technical secrets, computer software and technology monopolies. In the first year of operation, the IP Tribunal accepted 1,945 technical IP cases and concluded 1,433 of them – the case closing rate was as high as 73.7%, while the trial duration was reduced to an average of 73 days. The IP Tribunal has further strengthened the uniform application of law and made a large number of influential and exemplary cases through the centralised jurisdiction of the second instance of technical IP cases, which plays a positive role in improving the trial quality of patent-involved cases in China.

Among the abovementioned 76 intermediate or higher people’s courts with first-instance jurisdiction over patent cases, three IP courts in Beijing, Shanghai and Guangzhou, as well as 20 IP tribunals in other major cities, deserve special attention. These courts and tribunals are specialised in dealing with all kinds of IP case, which have accumulated rich experience in the first instance of patent cases after years of trial work, making them the first choice of the parties when choosing the court venue.

In addition, both parties in a case may also employ expert assistants to participate in the litigation. Therefore, at present, some courts have established a system in which specialised people’s assessors, technical investigation officers, expert assistants and judicial appraisal agencies participate together in the ascertainment of technical facts, which significantly solves the problem that the judge may lack the technical knowledge relating to the patent involved, thereby making the parties more confident to present their opinions on the technical issues in the court.

Besides the guiding cases, the judgments of the Supreme People’s Court often attract a high degree of attention due to the centralised trial of the second instance of technical IP cases. Recently, some typical cases were issued by the Supreme People’s Court, providing positive guidance regarding assessing the amount of compensation for patent infringement and the standards of determining joint infringement and contributory infringement.

In addition, the Supreme People’s Court has recently tried to coordinate the administrative and civil cases involving the same patent by using its function of centralised hearing in patent-involved administrative and civil cases at second instance. To some extent, this represents a future trend. In China, validity of a patent right can be challenged only through the patent invalidation procedure of the CNIPA, while the court has no function for examining the validity of patent rights in civil cases. The decisions of the CNIPA can be challenged at the Beijing Intellectual Property Court to institute an administrative litigation, which is separate from the civil infringement litigation. This brings about the problem that the civil procedure is usually influenced and restricted by the administrative procedure. And the overlapping procedures result in problems such as prolonged rights protection periods and unstable results. Moreover, the patentee may give different interpretations of claims in the separated procedures, that is, striving to uphold the patent right by limiting the extent of protection in the invalidation procedure, while obtaining the advantages in the infringement determination by expanding the extent of protection in the civil infringement litigation, therefore taking “advantage of both sides”. The abovementioned collaborative trial can effectively solve and avoid these problems.

China is currently undergoing fast-paced reform of its patent judicial protection system. In the foreseeable future, development may quicken, to provide an increasingly sophisticated, efficient, professional and rights-holder-friendly system to encourage an innovation-driven economy. Investors and companies must understand how China’s patent systems work and how they may change and develop. 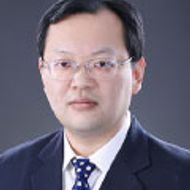 Ji Liu is the deputy director of the patent litigation department at CCPIT Patent and Trademark Law Office and has been working as a patent attorney since 2001. Mr Liu has a master’s degree in polymer science and studied IP law at the Cardozo School of Law. He was also trained in US and German law firms in patent law and practice. Mr Liu has handled more than 1,000 patent filings and prosecuting cases covering various technical fields, particularly in polymers and chemical engineering. He has also represented clients in many patent re-examination cases, patent invalidation cases and administrative litigation cases, including a retrial case before China’s Supreme Court (which he won).