Every Tuesday and Friday, World Trademark Review presents a round-up of news, developments and insights from across the trademark sphere. In today’s edition, we look the latest IP case data from Saudi Arabia, the latest report from the EUIPO on the economic impact of IP infringement, the establishment of a trademark court in Syria, and warnings over counterfeit security certificates. Coverage this time from Trevor Little (TL), Tim Lince (TJL), Adam Houldsworth (AH) and Timothy Au (TA).

UKIPO official says no Brexit talks yet with EUIPO – Addressing this week’s INTA Design Conference in London, the UK IP Office’s divisional director of trademarks, tribunals and designs, Steve Rowan, confirmed that there have yet to be any formal discussions between his office and its EU counterpart. This was because several crucial negotiating points, such as trade policy and Northern Ireland’s status, needed to be decided before a host of other issues – including IP – could be officially negotiated.  On top of that, he said IP was difficult to discuss as a discrete area because it overlapped with so many other policy areas. This means that until IP negotiations in Brussels begin, talks between IP offices will not commence. Having said that, Rowan stressed that cooperation with the EUIPO is ongoing, and stated that he expected collaboration with European partners to continue regardless of the outcome of Brexit negotiations – just as UKIPO would continue to work with offices around the world. His office’s popular IP Attaché initiative, inspired by French colleagues, was an example of an idea borrowed from a foreign IP administration, he added. (AH)

UKIPO seeks input on trademark directive implementation – Also in the UK, a public consultation on proposed changes to UK law arising from the EU trademark directive of 2015 has been launched by the UKIPO. The changes are due to be implemented by 14 January 2019, and interested parties are invited to share their views on how the directive should be put into practice and what the costs and benefits could be. After the consultation closes on 16 April, UKIPO will propose amendments to its draft Trade Mark Regulations 2018, and an updated document will be put to parliament. (AH)

Driving the infringement toll higher – The EUIPO, through the European Observatory on Infringements of Intellectual Property Rights, has released the latest in its long-running infringement study series, this time revealing the economic cost of IP infringement in the tyres and batteries sectors. In terms of headline figures, it states that €2.4 billion is lost each year through counterfeiting in the sectors – with an equivalent of 7.5 % of all sales in tyres for cars, trucks and two-wheeled vehicles lost annually due to counterfeiting across the EU. Drilling down, the presence of counterfeit batteries costs legitimate industry $180 million each year, equivalent to 1.8 % of the sector’s sales. All told, the report estimates that total lost sales across the sectors translates to the loss of approximately 8,400 jobs across the sector. The full study can be found here. (TL)

IP advisor and campaigner highlights design rights difficulties – The CEO of Anti Copying in Design (ACID) and vice chair of the Alliance for Intellectual Property, Dids MacDonald, yesterday drew attention to the many IP challenges facing UK designers. Addressing INTA’s Design Conference, she pointed out that the vast majority of innovative design companies have fewer than 10 employees; many struggle with the costs of prosecution and enforcement, and depend on unregistered rights for protection, with only 8,000 design registrations made in the UK in 2017 (although, following recent fee reductions, over 1,000 design applications were filed last week). The controversial outcome to the Trunki case, had, she argued, undermined confidence in the UK design rights system. Given the devastating effects of copying on designers, MacDonald urged companies to take a more proactive approach to IP rights and welcomed the role of social media in helping to name and shame flagrant infringers. She also drew attention to the ACID Copyright and Design databank which stores evidence of unregistered design innovations. (AH)

Brand protection professional certification goes live – The Center for Anti-Counterfeiting and Product Protection (A-CAPP) has unveiled its Brand Protection Professional Certificate, an online self-guided training program designed to “teach the skills and knowledge professionals need to be efficient, proactive, and strategic in brand protection”. The certificate comprises 17 courses, and the organisation says it will provide practitioners with the “core concepts and competencies needed to become a brand protection professional better prepared to face the legal, business, strategic, and security challenges of your industry”. It’s certainly one to consider when looking for educational opportunities in the future. (TL)

Syria establishes trademark court – This week the Syrian Security Council established the Fifth Civil Court of First Instance, which will primarily handle trademark-related matters. On its most recent bulleting, NJQ & Associates reports: “This court will be used to hold hearings related to appeals against final refusal decisions by the registrar, litigation proceedings with respect to infringement cases and oppositions by third parties, and cancellation proceedings. This step is meant to accelerate the decision making process for the above mentioned legal cases.” (TL)

IP case data released in Saudi Arabia – According to Al-Watan, there has been a total of 173 IP-related cases in Saudi Arabia over the past two years. Regarding the punishment for IP theft, lawyer Omar Al-Khouli explained: “The penalties for such actions depend on the harm done. There is no charter for protecting intellectual property under Saudi law. We have dispersed laws in different branches in our judicial system which is a big negative in our legal system.” Expanding on this, lawyer Abdullah Al-Ghamdi said: “The penalty for stealing intellectual property can be a fine up to SR250,000 (approximately $67,000), six months of imprisonment and the shutdown of the establishment in question. The Ministry of Commerce and Investment is very strict about protecting commercial trademarks.” (TA)

Zoinks: Scooby Doo reacts to infringement – TheJournal.ie has spoken to the owners of start-up company ScoobyBox, which was hit with a cease-and-desist demand from Warner Bros over the similarity of its name to popular cartoon character Scooby Doo. While the headline of the piece states that the entertainment giant came down “like a ton of bricks” on the Dublin-based company (who operate a subscription service offering toys and treats for dogs), the text of the cease-and-desist letter cited by the media outlet does not appear to be over-heavy and one of the business owners acknowledged that “we didn’t mean to infringe, but we did”. The company has now rebranded as BusterBox and the business is looking forward positively, even eying international expansion. Two things make the story worth noting. The first is that, while the headline suggests that this is a ‘trademark bully’ story, the actual reporting is fairer than it first appears. And importantly, the reader comments are similarly understanding of Warner Bros’ concerns – one noting that “a couple of letters hardly counts as coming down like a ton of bricks” and others arguing that the conflict was one that advisers should have seen coming. Hopefully it is an indication that the oft-relied upon ‘trademark bullying’ narrative is no longer the default angle when reporting on legal disputes. (TL)

Warning over counterfeit security certificates on the darknet – Researchers at security threat intelligence firm Recorded Future are warning companies about the sale of counterfeit digital security certificates by criminal groups on the darknet. In research released last last week, the company’s director of advanced collection, Andrei Barysevich, said the finding is an attack on one of the fundamentals of internet security. “It’s been generally accepted that security certificates circulating in the criminal underground were stolen from legitimate owners prior being used in nefarious campaigns. However, our most recent analysis indicates this is not the case. We have confirmed – with a high degree of certainty – that counterfeit certificates are created for specific buyers, per request only, and registered using stolen corporate identities. While we don’t anticipate the widespread use of counterfeit credentials, we do believe that sophisticated actors with specific targets will continue to rely on fake code signing and SSL certificates as a part of their operations,” he told tech site SiliconAngle, which further warns that legitimate brands could be targeted by illicit activities by those buying such fake certificates. For rights holders, it’s one to be aware of when tracking online threats. (TJL)

Mark your diaries for World Intellectual Property Day – WIPO has revealed that the theme for this year’s World Intellectual Property Day – on April 26 – is to be ‘Powering change: Women in innovation and creativity’. The organisation notes that the day will celebrate “the brilliance, ingenuity, curiosity and courage of the women who are driving change in our world and shaping our common future”. For those keen to participate in this celebration, the office has made available a range of publicity materials. Discussion on Twitter will once again utilise the hashtag #worldipday. We look forward to seeing how IP Offices, associations, and the rest of the trademark community find new and unique ways to mark the day. (TL) 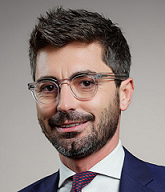