There has been much criticism regarding the difficultly of fulfilling the seemingly endless requirements to file an IP dispute in China. However, the country is now streamlining the process of navigating the judicial system, with the goal remaining to stop infringements.

Consider China’s population size and market power. In recent years, the country has gained a warranted reputation for a local protectionist viewpoint on IP disputes; foreign applicants sometimes overlook China for fear of the downstream results should they eventually need to enforce their IP rights.

However, in the past five years the government has recognised some of these challenges and has implemented major reforms – not only to change China’s reputation with regard to IP enforcement, but also to improve the ease, simplicity and potential outcomes of using the Chinese judicial system.

There are numerous enforcement options available. If suspicion falls on whether IP rights are being infringed in China, the first thing that a rights holder should do is to gather intelligence and evidence on the situation. It is imperative for them to promptly understand the size, scope, location, actors and business dealings of the suspected infringers. While this may appear daunting, it is possible to acquire such information through an investigation.

China’s judicial system generally requires the plaintiff to bear the burden of proof in any IP-related enforcement action. This is the case for both litigation and administrative actions. As such, in order to acquire proper, notarised evidence of infringement, it is necessary to undertake an investigation whenever an enforcement action is to commence.

The term ‘investigation’ is usually accompanied by confusion and scepticism, as these are not traditionally required in many jurisdictions around the world. In China, in order to obtain the requisite, notarised evidence, an investigator usually visits the potential target posing as a business person interested in purchasing the infringing product. The investigator will often have corresponded with the target for a number of days or weeks, then visited the factory to inspect the facility before placing a large order. The investigator will be accompanied by a public notary who will notarise the evidence chain and confirm that the infringing products were purchased from the target. Pictures will be taken and a chain of custody will be documented. The public notary will later issue official notarisation deeds, which will be used to file any subsequent enforcement action.

The same situation applies should the investigation be a simple online notarisation. A public notary will also document and notarise an infringing website, or a website or online shop selling counterfeit products.

For trademark infringement issues a quick, straightforward method of enforcement is to use one of China’s various administrative enforcement bodies, such as the administrations for industry and commerce (AIC). The AICs work at state, provincial and local levels, and are familiar with handling a variety of trademark-related issues throughout China. They are swift and efficient and will usually act within days of receiving notarised evidence of trademark infringement.

Typically, an AIC will raid a factory or shop, seize all counterfeit goods and the tools used to make the suspected products and fine the infringer. It will also look into the company’s business licence and employ any measures that it deems fit as punishment. AICs award no damages to trademark owners.

Using AICs is ideal for small, localised trademark infringement (eg, an individual factory or shopfront). Further, the cost of commencing an AIC action is significantly less than pursuing trademark litigation in one of China’s many courts.

China’s General Customs Administration is extremely efficient at helping to stem the export of infringing products. China dedicates nearly as many resources to monitoring what leaves its shores as it does to inspecting inbound shipments. Customs operates at all major ports in China and each customs office has a dedicated team whose sole focus is to ensure that infringing goods are stopped before being exported.

China’s customs enforcement is an excellent way to stop the export of infringing goods. For example, a trademark owner can record its registered Chinese trademark before Customs. Once recorded, the mark is placed on a monitoring list and any time that it comes up for export, Customs will ensure that it is an authorised company or individual attempting to export the goods from China. If there is an unauthorised attempt at export, Customs will contact the rights holder and enquire as to whether that particular shipment contains permitted goods bearing the trademark. If the shipment is indeed unauthorised, Customs will hold the container. Unless some resolution can be reached between the trademark owner and the exporting party, the goods will likely be destroyed.

Using Customs is a brilliant method to prevent the export of counterfeit goods from China’s shores. Considering that a large portion of global counterfeit products originate in China, customs enforcement can certainly have a positive impact on a trademark owner’s worldwide enforcement strategy.

In certain situations, filing a lawsuit against instances of trademark and patent infringement is the best and only alternative. Over recent years, China has made IP respect and enforcement one of its national interests and has dedicated significant resources to shedding its image as a counterfeit-only country.

China now has three IP courts, which deal specifically with IP disputes. The judges are all experienced in patents and trademarks, and understand how to apply the law. At present, the IP courts are located in Beijing, Shanghai and Guangzhou, but there are plans to create additional courts in other major cities.

With any court in China, possessing and presenting the requisite evidence of infringement is crucial. Each court has a phalanx of filing judges, whose sole mission is to sign off on the quality and quantity of evidence submitted before accepting a case. Each party bears its own burden of proof for obtaining and submitting the proper, notarised evidence of infringement. China’s filing judges inspect the evidence to ensure that it was legitimately obtained and notarised. The plaintiff must then essentially prove its case to the judge before the infringement suit receives a docket number and is accepted by the court.

Although there has been much criticism over the years regarding the difficultly of fulfilling the seemingly endless requirements for filing an IP dispute, there is a silver lining to this tedious process. A recent statistic highlighted that patent owners are successful during first-instance proceedings approximately 90% of the time. This astounding figure correlates directly to the gauntlet of formalities that must be undertaken just to get a case filed. On filing, the petitioner has its case heard by the filing judge and if there is enough merit for the case to proceed in court, the judge will allow it to do so. Few other legal systems implement as rigorous a due diligence process on the overall merits of a case as China does. This process attempts to prevent frivolous lawsuits from being filed and streamlines the process of navigating China’s judicial system.

Once a case commences, it is a fairly straightforward process of evidence presentation and cross-examination. The court will listen to the plaintiff’s and defendant’s arguments and will likely render a decision in a matter of weeks. Often rights holders will inquire as to the amount of potential damages that could be received in a patent or trademark lawsuit. As a general rule, damages in China are considerably lower than in other IP dispute-heavy jurisdictions. Collecting the monetary judgment after suit is another timely and logistical challenge.

With any IP dispute in China, the overall goal should be to stop the infringement outright. If damages are given and collected, that is the icing on the cake. In patent and trademark disputes, the court will predominantly issue a permanent injunction, preventing the defendant from using, manufacturing or selling goods bearing the disputed IP right. Such an injunction is imperative when seeking the enforcement of IP rights in China. The injunction is a strong implementation of China’s rule of law and defendants must comply with court orders immediately. If there is a disregard or violation of the injunction at later stages, the court will implement a strong rebuke and then take action against the defendant to ensure that its order is properly carried out.

While there are a number of methods to enforce IP rights in China, each brings its own outcomes and benefits. Often, rights holders will combine a variety of enforcement options in order to maximise results, while some may consider budget and timing concerns. Regardless of the chosen avenue, the goal should always be to stop the infringement. With a little thought, consideration and insight, yes, it is possible to enforce IP rights in China. 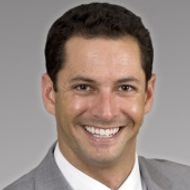