Mexican trademarks and the Commercial Treaty of North America

The new North American Free Trade Agreement includes stronger measures against counterfeiting and piracy, including the ability to stop the entry and exit of suspected counterfeit products.

After the United States and Mexico agreed to update the commercial relationship contained in the North American Free Trade Agreement, the US Embassy in Mexico circulated the key points concerning digital commerce and intellectual property.

According to a press release from Mexico’s diplomatic representation, the agreement should lead to more free markets, fairer trade and robust economic growth in North America. While the full terms have not been revealed, a new digital commerce chapter contains the strongest disciplines to date on this subject, providing a solid foundation for the expansion of trade and investment in innovative products and services where the United States has a competitive advantage.

In this new age of digital commerce between the United States and Mexico, customs tariffs are prohibited and other discriminatory measures are applied to digital products distributed electronically (eg, electronic books, videos, music, software and games).

In terms of intellectual property, both governments have included stronger measures against counterfeiting and piracy. For the first time, in what was a bilateral agreement before 1 October 2018, the need for more aggressive legislation against piracy was included, as well as the need for the authorities responsible for the clearance of goods to be able to stop the entry and exit of suspected counterfeit products.

This is significant given that one of the US conditions during the negotiations was that Mexico impose stricter and more effective policies in the fight against piracy – the transit of merchandise and lack of action by Mexican customs authorities with regard to suspending or immobilising free transit when it is suspected that the merchandise is counterfeit is one of the most critical issues under consideration.

During recent administrations, governments have adopted a position of inaction against counterfeit or pirated products in transit, limiting themselves exclusively to diplomatic means of informing the country of destination of the suspect goods by following the criteria of the Attorney General’s Office.

However, this approach contrasted with the position of the Central Administration of Customs Regulation. The regulation stated that there was no provision in national legislation or international treaties that obliged Mexico to ignore measures regarding the transit of goods which are suspected of violating industrial property rights.

In fact, the Attorney General’s Office decided in an official letter that the criminalisation foreseen in the Criminal Code regarding the transit of illegal merchandise is admissible. However, in practice, prosecutors do not conduct investigations or prosecute crimes because the customs authorities have no power to take ex officio measures to confiscate and destroy those goods at the border or in transit. The attorney general decided not to act against goods in transit unless there is a definition of the economic impact on the country, which is virtually impossible to establish given the nature of the movement of transit.

In January 2018 the Attorney General’s Office issued an official communication allowing prosecutors to investigate goods in transit only when a criminal complaint is made by the rights holder, giving them the means to stop the merchandise if it is presumed to be counterfeit.

Based on the guidelines set out by the US Embassy in Mexico, Mexico is expected to adopt a stricter, more reliable and effective customs policy for the detention of counterfeit merchandise (including goods in transit) through legislation that expressly allows customs authorities to stop counterfeit merchandise and provides for legal procedures respecting the fundamental human rights of the parties involved. Legislative challenges In order to comply with the agreements reached with the US government, Mexico’s legislative developments will:

Following studies conducted by large pharmaceutical companies to check the safety and efficacy of their products, one critical issue of the negotiations has been a preliminary agreement in which the protection of the clinical data of biotechnological medics was determined for a 10-year period.

Until now, generic companies have had access to such information without restriction and medicines have been replicated for the public at a reduced cost. Generic products arise following a patent’s expiration after 20 years. Along with the protection of clinical data, generic manufacturers must guarantee that the arrival of biosimilar medicines is delayed because less time will be available to replicate the drug.

The Mexican Association of Generics has stated that generic manufacturers agree with the protection of clinical data for biotechnology but will accept only a maximum eight-year restriction period as set out in the Trans-Pacific Partnership Agreement.

Intellectual property and its enforcement play a pivotal role in the new text of the North American Free Trade Agreement, which also involves a profound adaptation of Mexico’s legal provisions regarding compliance with preliminary agreements. At present, there is no balance between the advantages and disadvantages of the negotiations; however, Canada’s adhesion to the now United States-Mexico-Canada Agreement was necessary for the region to remain the most competitive in the world. 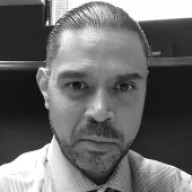 David Zamores has more than 15 years’ experience in IP litigation and enforcement and has been an associate at Uhthoff Gómez Vega & Uhthoff since September 2016. He has a law degree from Universidad Iberoamericana and a master’s degree in business law from Universidad Antonio de Nebrija in Madrid, Spain. Mr Zamores is an active member of the Mexican Association for the Protection of Industrial Property and is fluent in Spanish and English.