By Clare A Cornell and Elena Valuiskich

The law governing trademarks within the United Kingdom is the Trademarks Act 1994. The procedures in the courts are set out by the Civil Procedure Rules.

The United Kingdom’s trademark law is harmonised with EU legislation and substantially influenced by EU jurisprudence. The Trademarks Act 1994 implements EU Directive 2015/2436 to approximate the laws of the member states relating to trademarks, replacing the previous two directives. EU Regulation 2015/2424 has direct influence on the courts.

The regulation will no longer be binding on the United Kingdom following its withdrawal from the European Union. However, there are no immediate changes planned for the Trademarks Act which implements the directive.

Infringement of a registered trademark

According to Section 10 of the Trademarks Act, a person infringes a registered trademark if he or she uses, in the course of trade, a sign which is:

The act clarifies that a person uses a sign if he or she:

The owner of a registered trademark and its exclusive licensees are entitled to sue for trademark infringement. Further, unless such a right is excluded by the licence, a licensee may call on the owner to take infringement proceedings in respect of any matter which affects its interests. If the owner fails to do so, the licensee may bring proceedings in their own name.

Passing off is a common law tort allowing protection against misrepresentation of one’s goods or services as those of another. Case law defines two forms of actionable passing off:

Extended passing off protects collective goodwill, usually, in a trade name for a type of product (eg, champagne, whisky or chocolate), against manufacturers of substitute products. To be successful, a claimant must prove that the collective business owns goodwill in a type of product or service, and that the subject mark is distinctive of that type of product among a significant proportion of the public. The type of product or service at issue, as well as the class of traders which provide it, must be identifiable in a sufficiently clear manner. Any one or more of the class of relevant traders is entitled to sue. Further elements of extended passing off include misrepresentation to customers and damage to the claimant.

Criminal offences under the Trademarks Act

Criminal actions are rare and typically arise where the sale of counterfeit products is identified.

Under Section 92 of the Trademarks Act, it is an offence (punishable by up to 10 years’ imprisonment, a fine or both) to use without the consent of the owner, and with a view to gain, or with intent to cause loss to another, a registered trademark for the goods in respect of which the trademark is registered, or for any goods if the subject trademark has a reputation in the United Kingdom and the use of the sign would take unfair advantage of, or would be detrimental to, the distinctive character or repute of trademark.

For an offence to be committed, there must be infringement of the registered trademark in question.

In these circumstances, the act provides that it is a defence for a person charged with an offence to show that he or she believed (on reasonable grounds) that the use of the mark was not an infringement of the registered trademark.

UK law has provisions to provide relief to parties which have been threatened with legal action for infringement of IP rights when no infringement has taken place. These provisions are of particular benefit to smaller businesses defending or wishing to enforce their intellectual property.

The stance of the UK courts is that litigation should be a last resort. The Civil Procedure Rules strongly encourage that parties consider negotiations or alternative dispute resolution (ADR) before commencing court proceedings. Even after court proceedings have begun, the parties should continue considering a settlement.

Mediation and arbitration are among the most utilised forms of ADR.

Where the seat of the arbitration is in England, Wales or Northern Ireland, the Arbitration Act 1996 applies. Section 1(a) of the act states that “the object of arbitration is to obtain the fair resolution of disputes by an impartial tribunal without unnecessary delay or expense”.

Engaging in arbitration requires the consent of the parties involved. Agreement to submit to arbitration in the event of a dispute may be included in a commercial contract or be a term of conducting business between parties when first engaging with one another (ie, before any conflict has arisen). Alternatively, where there is no prior agreement regarding arbitration, the parties are free to agree to enter into arbitration at any point in the course of a dispute. Arbitration agreements are interpreted broadly to include both non-contractual and contractual disputes.

The parties are free to agree on the powers exercisable by the arbitral tribunal as regards to remedies. The tribunal has the power to order:

However, the arbitral tribunal is unable to revoke a trademark. In a situation where, in arbitration proceedings, a mark is found to have failed use requirements, the owner must undertake to surrender the registration.

Mediation is considered to be the most informal, cost-effective and confidential form of dispute resolution. The parties must agree to mediate and appoint a mediator. However, in contrast to an arbitrator, a mediator cannot impose a decision on the parties, but rather acts as a facilitator of a resolution between the parties. The resolution must be reached by the parties themselves.

The Chancery Division is one of the three divisions of the High Court of Justice. It incorporates the Patents Court and the IPEC. The Chancery Division hears the most complex IP cases and those involving substantial sums of money. The High Court does not limit the amount of claimed damages or costs. However, the court has discretion in managing costs and issues orders requiring the parties for follow the approved cost budgets.

Disputes which involve matters other than intellectual property will only be heard if associated with an IP claim.

The IPEC has two sets of procedure:

Claims which have been started on one track can be re-allocated to the other track.

The remedies available in the High Court and IPEC include:

The Trademarks Act also provides for a measure for infringing goods to be treated as prohibited imports.

No evidence or written submissions may be filed without permission following a case management conference (CMC). The court applies a cost-benefit test to the filing of material in the case.

Parties are obliged to retain all documentary evidence, including electronic documents, relating to the case once a party becomes aware of the possibility that a claim will be made. Before the CMC, the parties must list the evidence that exists and attempt to agree the scope of disclosure. The court usually orders a standard disclosure where the parties must disclose the existence of all documents which they intend to rely on, or which may adversely affect another party’s case.

Legal professional privilege protects confidential legal advice by lawyers to their clients. Without prejudice, correspondence between parties attempting to settle the dispute is generally also excluded from evidence and will not be seen by the court.

The parties are required to obtain the court’s permission to call expert-opinion evidence. The party asking for permission must provide an estimate of the costs of the proposed expert, and to save on the costs, where both parties request experts, the court can order the appointment of a single joint-expert. In the latter case, the parties will be jointly liable for the fees of the expert.

Experts are strictly obliged to provide independent, objective, unbiased evidence based on matters within their expertise.

Use of survey evidence in trademark cases is strongly regulated. A court’s approval is required not only to include a survey in evidence, but the court must also approve of the questions and methodology of a proposed survey before it is conducted. The request must pass the cost-benefit test and persuade the court that the survey will have a real value to the case.

Section 11 of the Trademarks Act sets out the following defences to trademark infringement:

Further defences include the following:

A decision of the IPEC in multi-track proceedings or of the High Court may be appealed to the Court of Appeal and then to the Supreme Court. In each case, permission to appeal must be obtained from the judge who made the order. If the IPEC judge refuses to give permission, the party may instead seek permission from the Court of Appeal. The appeal will be allowed only if there is a real prospect of success or there is some other compelling reason for the appeal to be heard.

Decisions in the IPEC small-claims track are appealed to an enterprise judge (a judge of the IPEC).

portfolio management and on the selection, clearance, searching, registration, maintenance, licensing, assignment and enforcement of trademarks in the United Kingdom, the European Union and abroad. She has extensive experience filing and prosecuting trademarks under the Madrid Protocol system. Ms Valuiskich also handles office actions and oppositions, as well as cancellation actions before the UKIPO and the EUIPO. Her experience extends across multiple industries, including fashion, publishing, sports equipment and apparel, entertainment, pharmaceutical, construction and packaging. 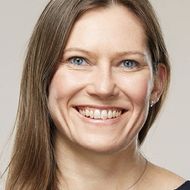 Clare A Cornell is a partner in Finnegan Europe LLP’s London office and leads the firm’s London trademark group. Ms Cornell is a chartered and European trademark and has 20 years’ experience in the IP industry. Her practice focuses on all aspects of trademark portfolio management. She specialises in trademark enforcement and seeking settlement of complex IP disputes. Skilled in coordinating national and international trademark filing strategies, Ms Cornell serves an international client base, including through the EUIPO and the WIPO Madrid International Trademark Registration System. She has particular experience working with attorneys in China on the opposition and cancellation of bad-faith trademark applications and registrations. 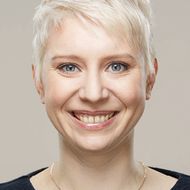 Elena Valuiskich is a chartered UK and European trademark attorney in Finnegan Europe LLP’s London office. Her practice comprises all aspects of European trademark work, from prosecution to contentious matters. Ms Valuiskich assists with counselling clients with portfolio management and on the selection, clearance, searching, registration, maintenance, licensing, assignment and enforcement of trademarks in the United Kingdom, the European Union and abroad. She has extensive experience filing and prosecuting trademarks under the Madrid Protocol system. Ms Valuiskich also handles office actions and oppositions, as well as cancellation actions before the UKIPO and the EUIPO. Her experience extends across multiple industries, including fashion, publishing, sports equipment and apparel, entertainment, pharmaceutical, construction and packaging.