At national level, the Industrial Property Code (6769) governs the principles, rules and conditions relating to the protection of trademarks, patents, geographical indications and designs. The Industrial Property Code entered into force on 10 January 2017 and replaced Decree Laws 551, 554 and 556 in relation to the protection of patents, designs and trademarks.

Unregistered trademarks are protected under the Commercial Code, which sets out the general provisions relating to unfair competition. Article 54 of the code defines ‘unfair competition’ as “behaviour or commercial practices that are deceptive or infringe in other ways on the honesty rule and that affect relations between competitors or between suppliers and their customers are unfair and illegal”. Article 55(a)(4) also mentions as examples of unfair competition “taking measures to create confusion with the products, business products, operations or business of another party”.

Lastly, the main cause of action for revocation is non-use. Under the Industrial Property Code, if a trademark has not been put into use in Turkey without a justifiable reason since its registration date or if the use has been suspended for an uninterrupted period of five years, the trademark will be revoked. Other causes for revocation include where:

After hearing the parties’ claims and defences, the court may appoint – ex officio or upon the parties’ request – an expert or a panel of experts to consider the evidence. The experts are required by the court to provide an opinion merely on the technical points within their specialist areas and not on the merits of the case. If the court is dissatisfied with the experts’ report or upon the parties’ objection or request, it may request an additional report from the same experts or different experts. Consequently, based on the parties’ submissions, evidence and the expert review of the file, the court delivers its judgment at the last hearing. The reasoned decision must be published within a couple of months of the ruling being delivered in court.

However, expert evidence is the most important evidence relied on in trademark litigation actions in Turkey. As explained above, the court usually appoints the official experts and these experts are asked to prepare a comprehensive report by reviewing the claims and replies of the parties and all evidence existing in the file. If the court is not satisfied with the report, it may request an additional report from the same experts or from different experts. The parties are also allowed to work with their own private experts and submit the private expert reports to the case as party evidence.

Defendants can raise a non-use defence in invalidation and infringement actions if the earlier trademark registration dates back at least five years before the filing date of the court action. In such case, the plaintiff is expected to submit evidence of genuine use of its trademark in Turkey or reasonably justify the reason for non-use. The defendant can also file a separate action based on non-use of the earlier trademark.

Another defence arises out of the mark owner’s tolerance of the defendant’s use of the mark or similar sign, or the co-existence of the trademarks for a long period. According to Article 25(6) of the Industrial Property Code, if a trademark owner has acquiesced to another party’s use for five consecutive years, the trademark owner cannot use its prior trademark as the basis of an invalidation action, provided that the defendant did not register its trademark in bad faith.

The Code of Civil Procedure (6100) entered into force on 1 October 2011. It provided for a three-level judicial system by adding a new second-instance level (district courts) to the existing first-instance civil courts and the Court of Cassation. The district courts opened on 20 July 2016 in seven provinces. 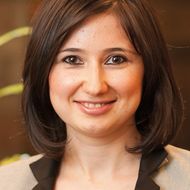 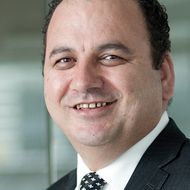