At national level, Decree Law 556 Pertaining to the Protection of the Trademarks (the Trademark Law) and the Implementing Regulations under the Trademark Law govern the principles, rules and conditions relating to the protection of trademarks. Turkey is in the process of enacting a new Industrial Property Code to unify into a single code the laws for the protection of trademarks, patents, geographical indications and industrial designs. The draft code is pending before Parliament. The draft code does not include major changes with regard to trademark litigation.

Trademark infringement is covered by Article 9 of the Trademark Law, which provides the following grounds for action:

Unregistered trademarks are protected under the Commercial Code, which sets out the general provisions relating to unfair competition. Article 54 of the code defines ‘unfair competition’ as “behaviour or commercial practices that are deceptive or infringe in other ways on the honesty rule and that affect relations between competitors or between suppliers and their customers are unfair and illegal”. Article 55(a)(4) also mentions as examples of unfair competition “taking measures to create confusion with the products, business products, operations or business of another party”.

With respect to cancellation actions, the main causes of action are:

Lastly, the main cause of action for revocation is non-use. Under the Trademark Law, if a trademark has not been put into use without a justifiable reason or if the use has been suspended for an uninterrupted period of five years, the trademark shall be revoked.

The Trademark Law provides for the following remedies in case of trademark infringement:

In addition, the Trademark Law contains special provisions to prevent ongoing or anticipated infringements of rights, as well as to preserve evidence. Where there is a likelihood of infringement and irreparable damages, the courts may issue a preliminary injunction.

In order to commence a trademark invalidation, revocation or infringement claim, the plaintiff should apply to the court with a petition setting out the grounds for the action, together with all evidence supporting the arguments. Any form of evidence can be used.

Holding a valid trademark registration is one of the most common defences in trademark litigation. This is because, according to the precedents of the Turkish Court of Cassation, use of a registered trademark can constitute neither infringement of nor unfair competition against another party’s trademark. Therefore, registration grants a de facto immunity against any infringement claims.

Defendants can also file a counterclaim for cancellation or revocation of the mark in dispute. Another defence arises out of the mark owner’s tolerance of the defendant’s use of the mark or similar sign, or co-existence of the trademarks for a long period. The Trademark Law does not specify a timeframe for passive behaviour for it to become a defence against infringement claims. However, Article 42(1)(a) of the Trademark Law provides a timeframe of five years for well-known marks. The Turkish Court of Cassation has thus accepted that the time limit set out in that provision should apply to all trademarks; consequently, if a mark owner has acquiesced to another party’s use in Turkey of its mark for at least five years, the mark owner may lose its right. Under Turkish doctrine, however, acquiescence is determined by taking into consideration the circumstances of the case; thus, if the defendant acted in bad faith, the time limitation may not apply

Private or non-commercial use, fair use, descriptive use and exhaustion of owner’s right are also common defences in Turkey. 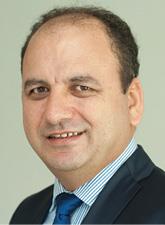 His trademark and industrial design practice includes advising on and implementing protection and enforcement strategies and portfolio management. He represents clients before the Turkish Patent Institute in oppositions and administrative appeals, as well as in cancellation, infringement and other court actions, and alternative dispute resolution proceedings.

Mr Aktekin has been recognised as a leader in his field by many independent legal guides, including Who’s Who Legal, Chambers and Partners, Managing IP – IP Stars, Legal 500, Euromoney Expert Guides, WTR 1000 and Best Lawyers. 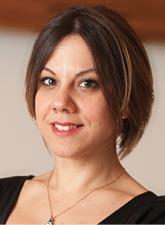 Hande Hançer Çelik joined Gün + Partners in 2005 and is now one of the partners in the IP department. Her practice spans all areas of IP work, including both contentious and non-contentious matters in relation to trademarks, copyrights, industrial designs, patents, domain names and unfair competition. She has extensive litigation experience, counselling various domestic and foreign clients on their IP strategies, legal disputes, licensing and settlement agreements. She is also a member of leading IP organisations worldwide, including the International Trademark Association, the European Communities Trademarks Association (ECTA), MARQUES, the International Association for the Protection of Intellectual Property (AIPPI) and the Fédération Internationale des Conseils en Propriété Industrielle. 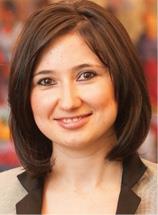 Mutlu Yıldırım Köse joined Gün + Partners in 2006 and is now one of the managing associates in the firm’s IP department. Her practice covers all areas of IP law, including both contentious and non-contentious matters in relation to trademarks, copyrights, industrial designs, patents, domain names and unfair competition. She has extensive litigation experience, counselling various domestic and foreign clients on their IP strategies, legal disputes, licensing and settlement agreements. She is also a member of leading IP organisations worldwide, including the AIPPI, the Institute of Trademark Attorneys and MARQUES.

@WTRmagazine RT @MarksmenTweets: “The more you go against networks, the bigger difference you make”: inside Amazon’s #Counterfeit Crimes Unit | by @WTRM… Read more