Peruvian legislation for trademark-related matters is ruled by:

Peru has also ratified a number of international conventions, including:

In Peruvian legislation, trademarks are subject to cancellation and nullity. They are also the basis for trademark oppositions, infringement actions and criminal actions.

In Peru, a trademark infringement action can be filed before the Peruvian Trademark Office (PTO), which issues an administrative resolution that can, among other things:

It is therefore possible to have an infringement case and goods seized without going to the civil court.

Moreover, an infringement can also be filed as a criminal action before the IP prosecutor, based on the fact that an identical or similar sign to a registered trademark is used in the market to create a likelihood of confusion.

Peruvian legislation permits opposing a trademark when the application is identical or confusingly similar to the applied-for trademark. The basis of this opposition can be an existing trademark or a prior trademark application.

Based on Andean Decision 486, a registered trademark or prior application in any of the Andean member countries (ie, Colombia, Ecuador and Bolivia) can be a basis for an opposition in another member country.

According to Andean Community Trademark Statute Decision 486, there are two ways to eliminate a trademark from the registry:

With respect to the cancellation action, Andean Decision 486 includes:

According to Article 165° of the decision, a cancellation action cannot be started before the completion of a three-year term, as from the date of notification of the resolution that grants the registration of the trademark.

The purpose of the non-use cancellation is to prove that the trademark has not been used during three consecutive years; whereas, in a cancellation proceeding, due to the vulgarisation of the trademark, it must be demonstrated that the mark has become a common or generic sign.

With respect to nullity, according to Article 172°, a trademark can be nullified if it was granted in breach of absolute grounds for prohibition (as stated in Articles 134°(1) and 135°) (eg, lack of distinctiveness, deceptive or generic trademarks). It can also be nullified if the trademark was registered in bad faith and in breach of relative grounds for prohibition (Article 136°). In such cases, the term to request nullity lapses on the fifth year, counted from the registration date.

In Peru, the usual and effective alternative method to dispute resolution is an amicable settlement. The PTO, the Civil Courts and the Criminal Court allow and encourage parties to reach settlements that bring the dispute to a close.

Parties can always have an extra judicial agreement, which can be presented before the authority at any time during the case to stop the dispute. Most of the time, this agreement involves payment of professional fees and expenses, a penalty in case of future infringements and a decision regarding the destination of the goods seized.

The main legislations regarding alternative dispute resolution, focusing on conciliation and arbitration processes, are:

However, this legislation is not commonly used to solve disputes related to intellectual property.

Administrative action: Any trademark owner may file an administrative claim before the PTO against any third party that is infringing its IP rights.

When detecting an infringement (eg, elaboration, commercialisation, import and/or export of goods), the trademark owner has two ways of proceeding:

In both cases, the PTO could order the seizure or immobilisation of the infringing goods as precautionary measures.

Goods seized remain at a private warehouse as long as the procedure lasts and at trademark owner’s expense.

The administrative procedure for infringement against IP rights could last from 12 to 18 months. When the parties reach a conciliation agreement, it could last around six months.

Decisions can always be appealed before the Administrative Court of Appeals, which usually issues a resolution within nine to 12 months, or longer, depending on the complexity of the case. At this stage, parties can request oral hearings to present their arguments.

The destination of the goods could include the following:

Criminal action: The crime against IP rights is stated in the Criminal Code. It can be started with a criminal claim from a trademark owner before the prosecutor, the police specialised in IP matters or with an ex officio raid. A criminal case may last around two to three years.

The trademark owner may request an inspection, in coordination with the police and prosecutor specialised in IP matters, at the location where the fake goods are being developed or commercialised, or where the seizure or immobilisation of the goods has been ordered.

After this, the prosecutor will investigate the case and, depending on the evidence filed, the prosecutor will then decide to file a claim before the Criminal Court. As the criminal case is a public action, the trademark owner participates in this process only as a third party.

The punishment is imprisonment of up to five years (which is not effective) and a fine.

Decisions can always be appealed before the Criminal Court of Appeals, which usually issues a resolution within 18 to 24 months. At this stage, an oral hearing is presented

The goods seized remain at the IP police or prosecutor warehouse for as long as the procedure lasts. Seized goods are donated or destroyed (particularly toxic goods) at the end of the proceedings.

Civil action: Although civil action is stipulated in trademark legislation, it is not used to initiate infringement action, as there are no specialised authorities in this arena.

However, after an administrative procedure has concluded (eg, cancellation, nullity and infringement claims), the civil courts are reached by requesting nullity before the civil judge of the second-instance resolution. This process is stated in Law 27584 (the Law of Administrative Contentious Matters) which regulates the whole procedure.

What can be highlighted in this procedure is that the civil claim is filed against the Administrative Court of Appeals, which issued the contested resolution. It is mandatory for the Civil Court of Appeals to request from the Andean Community an interpretation of the legislation which has supported the administrative stage.

When the need arises for Peruvian trademark owners to file an action against the unlawful use of their trademark, they can go to either the PTO or the Criminal Prosecutor, which are independent and parallel actions.

Advantages of the PTO, which is the administrative authority, are as follows:

Disadvantages of the PTO are as follows:

Advantages of the criminal authority include the following:

Disadvantages of the criminal authority include the following:

The Peruvian trademark litigation system does not include jury trials. The administrative, criminal and civil procedures have a structure similar to a bench trial.

From an administrative perspective, a trademark owner could request the competent authority to order the payment of a fine up to S150 (approximately $197,000).

Penalties vary depending on the amount of goods seized, the infringer’s behaviour and the value of the goods, among other things.

Besides the monetary fine, the authority can order the following remedies when issuing a resolution in a case:

Moreover, the trademark owner can request the payment of legal fees and expenses derived from the case.

From the criminal side, the Criminal Court can order as remedies derived from a crime against intellectual property, imprisonment of up to five years, when the person involved is not a repeated offender, as well as a 60 to 365-day fine and disqualification, taking into consideration the seriousness of the crime and the value of the damages.

In Peru, for both criminal and administrative cases, preliminary injunctions are available, making it helpful for the trademark owner as an immediate response is given to an actual infringement.

In most cases, when there is an infringement action or crime, depending on the legislation applied, the trademark owner requires the infringement or crime to cease at the earliest stage. Precautionary measures thus become one of the most important tools in the fight against counterfeit goods and infringement.

In both administrative and criminal cases, the basis for sustaining the request of a precautionary measure is directly involved with the accreditation of the lawful right to act and the existence of the infringing right, by supporting the request with precise evidence.

In administrative legislation, for a provisional measure in respect of particular goods, the applicant should supply the necessary information and a sufficiently detailed and precise description, so that the allegedly infringing goods can be identified.

The IP prosecutor’s investigation is one of the most difficult and important parts of a criminal case, as it defines and sets the basis for the ensuing criminal case.

Even though there is usually no investigation carried out by the authority at the administrative stage, in order to present a case before the PTO, the trademark owner must carry out an investigation before presenting the case in order to have all evidence and information available to submit to the PTO. The information may include a test purchase, along with notary public, surveys and documented evidence.

Surveys are used in Peru but usually at the administrative stage, and generally only:

Surveys are one of the most important types of evidence accepted by the PTO, and are often the evidence that defines the success of the case.

Surveys should include the minimum requirements regarding information and all measurements that must be taken into consideration by the PTO.

Moreover, IP prosecutors require an expert opinion from the PTO, but usually request general information about the registered trademarks in question.

At the administrative stage, the use of technical experts is mostly done from the side of the trademark owner, but it is rarely required.

According to Articles 157 and following of Decision 486, there are certain specific situations for defence of the use of a trademark which would not be considered infringement, including the following:

Peru has a double-instance process, meaning that at all stages the possibility to contest a first-instance resolution before the Court of Appeals, both at the administrative or criminal stages, is available.

At both stages, the parties have five days to file an appeal, which is filed before the first-instance court and elevated to the second instance.

Trademark owners can contest an administrative resolution that they do not agree with at the civil courts. They can also file an appeal with the Civil Court of Appeals when they disagree with the first-instance resolution. 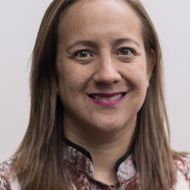