By virtue of Law 4512/2018 (published on 17 January 2018), all disputes concerning trademarks initiated before civil courts are subject to compulsory mediation. Hearing of the cases will be inadmissible if the mediation process stipulated in the law has not been followed. The provision will enter into force on 17 September 2019 (following a vote on an amendment of the law which provided initial entry into force of the provision on 17 October 2018). According to the new provisions, plaintiffs must submit a request for the appointment of a mediator from the list of mediators available on the Ministry of Justice website and invite the other party to arrange mediation within 15 days following the invitation. The mediation should not exceed 24 hours, unless otherwise agreed by the parties. It must be completed within 30 days following the initial invitation, and may, by mutual agreement, be extended a further 30 days. Physical presence is not required, and mediation can be conducted via teleconference. During mediation proceedings, the parties are present together with their attorneys. At this first meeting, the parties may decide that they do not wish to engage in the mediation process. This suffices for the purposes of admissibility regarding the hearing. If the parties reach an agreement, the respective minutes, including the settlement agreement, may be submitted to the court secretariat for certification and become an enforcement title. Interim measures are not precluded pending mediation proceedings.

Damages and moral damages may be claimed if the infringement was intentional or due to negligence. Greek trademark law implementing the enforcement directive provides for three alternative possibilities of a damages claim. The trademark owner may claim:

Surveys are used in Greece but they are of low probative value because they are easily rebutted by the other side, mainly on grounds of subjectivity and lack of independence. They may constitute evidence of a trademark’s establishment in the market, repute and extent of use. Occasionally, surveys may be used for strengthening the risk of confusion allegations.

Until recently, the defendant could also invoke the fact that the infringing sign used was actually a registered trademark in the defendant’s name. However, following recent European Court of Justice (ECJ) case law, the Greek courts have now started to dismiss such a defence. This ECJ case law is crystallised in the new EU Trademark Directive and will therefore soon become national law on implementation of the directive. 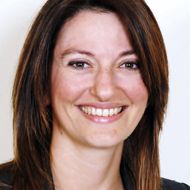 Marina Perraki is a partner at Tsibanoulis & Partners Law Firm and has a PhD in trademark law from Queen Mary University of London. Dr Perraki is one of the selected experts drafting the new bill for the implementation of the new EU Trademark Directive in Greece. She is a seasoned litigator with an impressive track record. For more than 19 years she has worked in trademark law, mainly with international clients across a range of sectors including cosmetics, plant protection, beverages, apparel, financial services and publishing.

Dr Perraki is a commercial mediator and the only Greece-based World Intellectual Property Organisation panellist for Uniform Domain-Name Dispute-Resolution Policy and ‘.eu’ disputes. She formerly chaired the INTA Famous and Well-Known Marks European Committee and is currently a member of the INTA Amicus Committee.