Careful consideration should be given to the nature of the dispute before embarking on litigation for trademark cases. Perhaps because of the uncertainty, costs and timeframes involved in pursuing litigation for trademark disputes, in straightforward cases trademark owners frequently pursue alternative enforcement measures through administrative bodies, customs authorities or the police.

Careful consideration should be given to the nature of the dispute before embarking on litigation for trademark cases. Perhaps because of the uncertainty, costs and timeframes involved in pursuing litigation for trademark disputes, in straightforward cases trademark owners frequently pursue alternative enforcement measures through administrative bodies, customs authorities or the police.

A number of laws protect trademark rights in Egypt. The main statutes are:

In addition, Egypt is a party to the Paris Convention for the Protection of Industrial Property, the Agreement on Trade-Related Aspects of Intellectual Property Rights (TRIPs) and the Madrid Agreement and Madrid Protocol Concerning the International Registration of Marks.

Article 113 of the Trademark Law sets out the following serious offences:

Article 66 of the Unfair Competition Law states the following:

All acts contravening the customs and norms observed in commercial dealings shall be considered unfair competition. In particular, this shall include the encroachment on a third party’s trademarks…and also all act or claim that results in causing confusion to the trading store or products, or in weakening the confidence in its owner or those in charge of its management, or on products.

All unfair competition shall force its perpetrator to compensate the harm ensuing therefrom. The court shall, in addition to the compensation, have the power to pronounce a ruling ordering the removal of the harm and the publication of a summary of the sentence at the expense of the unsuccessful party in a daily newspaper.

The legal system is better suited towards litigants pursuing criminal action against infringers – on its own or with a civil claim in tandem.

Filing a civil case alone means that the plaintiff is required to gather all of the evidence itself to show that one of the offences under Article 113 or 114 has been committed (which can be costly and difficult without the benefit of a discovery process), and that it suffered loss as a result of the offence. The court may also appoint an expert during the proceedings to gather further evidence – which may support or challenge the plaintiff’s case.

Before commencing the main proceedings, the trademark owner may request an order for one or more of the following conservatory measures:

Such orders do not prevent infringement; they result in the seizure of the specific goods contained in the order (which usually lists the specific location and quantity of the goods). Such an order can, however, be a useful way for a litigant to gather evidence before filing a civil case.

A trademark registration certificate is a prerequisite for obtaining such an order, unless the mark in question is famous. The party seeking the order must also pay an adequate financial security before the order is issued.

Once the order is issued, the main case must be commenced within 15 days.

As Egypt operates a civil law system, the common law tort of passing off is not available. In practice, initiating civil or criminal trademark litigation on the basis of unregistered rights alone is possible in certain instances, but fraught with difficulties.

Unless the parties have expressly agreed in writing that the dispute will be settled by way of arbitration (and the jurisdiction of the court is challenged at the first hearing), the courts will assume jurisdiction to hear the case and will not order any form of alternative dispute resolution (including arbitration or mediation).

Litigation before the courts involves both oral advocacy and the exchange of written pleadings (in Arabic) at each hearing. There are usually several rounds of pleadings before the court adjourns to issue its decision. Cases are heard by the bench; there are no jury trials. The calling of witnesses to provide oral evidence – particularly in civil cases – is possible, but very rare.

The legal system is very much civil in nature, and the courts have not adopted a binding precedent system. The submission of prior cases is possible, however, and can be persuasive.

As a general rule, relevant decisions from the Court of Cassation will be the most persuasive. However, litigants should also consider submitting copies of cases from the highest courts of other Arab states.

While Article 44 of TRIPs provides that “the judicial authorities shall have the authority to order a party to desist from an infringement” (which is obliquely referenced in Article 17 of the Trademark Law), the reality is that the Egyptian courts do not grant injunctions. The closest forms of relief available are the conservatory measures mentioned above.

Article 113 offences attract a punishment of imprisonment of at least two months and/or a fine of between E£2,000 and E£20,000.

What the court may order

Article 117 of the Trademark Law sets out what the court may order. Interestingly, Article 117 makes it clear that the following orders may be made even in the event of acquittal.

Confiscation: The court may order the (permanent) confiscation of any items seized.

Publication: The court may also order the defendant to publish the decision in a local newspaper.

Damages: The Trademark Law allows for a trademark owner to initiate a civil case in order to claim damages for actual loss suffered as a result of one of the offences set out in Article 113 or 114 of the Trademark Law. In such a case, the trademark owner would need to quantify the actual loss suffered as a result of the infringement through documentary evidence.

The court will entertain remedies such as an account of profits and moral damages. However, the court will not award damages on a royalty basis (where the defendant would have otherwise paid a licence for the use of the trademark that it infringed).

Costs: The successful party may pursue a separate action before the civil courts for the recovery of litigation costs (including legal fees). The quantum of such an award is usually determined by a court-appointed expert, who proffers an opinion based on documentary evidence submitted by the plaintiff.

Trademark cases before the courts are decided by judges alone; there are no jury trials in Egypt.

Trademark litigation in Egypt is conducted through both the exchange of written memoranda at each hearing and oral advocacy.

There is no discovery process in court proceedings in Egypt; the parties are free to disclose only the documentation of information that helps their case (and nothing that does not). If a party refers to a document in its written memoranda (or in oral evidence), then the other party may request the court to order it to make that document available. The document must then be made available, unless it can be shown that it is not in the party’s possession or that there are practical reasons why the document cannot be made available.

All documentation should be in Arabic. If a translation is required, then a licensed translator should produce it. Original, primary source documentation will hold much more weight than summaries or schedules (which may be rejected), especially when they are prepared by the party seeking to rely on them.

In trademark litigation, rights holders usually rely on trademark certificates (rather than a simple list of worldwide registrations). Ideally, certificates should be original, certified copies (with translations prepared by a licensed translator if they are not in Arabic). If the trademark owner is relying on its reputation or well-known/famous rights, then certificates from other Arab-speaking nations will usually be beneficial to the case. Producing a home registration can also be beneficial for this purpose.

Trade licences and company incorporation documents are often useful to establish first use or adoption of a trademark. If these types of document originate from outside Egypt, they should be legalised at the Egyptian embassy and translated into Arabic by a licensed translator before submission.

While there is no binding precedent system, it is possible to submit copies of previous decisions in support of the case which may be of persuasive value only.

As the courts have limited experience in handling complex trademark disputes, the courts often appoint an expert to render an opinion on the facts or technical aspects of the matter at hand.

A court-appointed expert has the ability to hold hearings, request further evidence or submissions from the parties and conduct his or her own investigations. Once the expert is satisfied that he or she has sufficient information to render an opinion, he or she will submit it to the court. Although the court will often take the expert’s opinion into consideration when rendering its decision, it is not bound to follow the expert’s opinion. Both parties also have the ability to make submissions that support or challenge the expert’s findings by way of submitting memoranda at the appointed court hearings.

The Trademark Law contains no statutory defences for trademark infringement. As such, prior use, honest concurrent use, acquiescence, estoppel, descriptive use and own name defence, among other defences, are not available under the law.

Registration as a defence

A valid trademark registration certificate that covers the defendant’s use of its trademark for its goods or services does not provide the defendant with a statutory defence to the offences set out in Articles 113 and 114 of the Trademark Law.

However, provided that the trademark was lawfully registered, the Trademark Law provides the owner with the exclusive right to use the mark. By implication, a registered mark cannot be found to infringe another mark (registered or otherwise), as long as the registered mark was registered in accordance with the law.

It follows that a prior third-party user would need to invalidate the trademark registration in order to claim successfully that the defendant committed the offences set out in Articles 113 and 114 of the Trademark Law.

Once the first-instance court has issued a decision, there are two further levels of appeal. 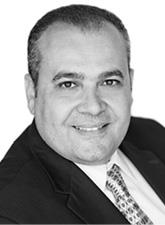 Hazem Wahba is the managing partner in Cedar White Bradley’s Cairo office, Hazem M Wahba Advocates & Legal Consultants. Mr Wahba graduated with an LLB from Cairo University and has been practising law in Egypt for over 25 years. He specialises in all aspects of intellectual property, including licensing and franchising, portfolio management, anti-counterfeiting, and civil and criminal IP litigation. 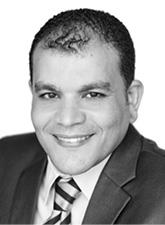 Mohamed Allam has over 15 years of experience working in intellectual property. After graduating from Cairo University, he practised for 12 years at a regional law firm based in Cairo, where he specialised in IP litigation, dispute resolution and anti-counterfeiting. Mr Allam has substantive experience working with multinational clients on brand protection, recordals with the General Organisation for Export and Import Control, and litigation with a focus on copyright, trademark and unfair competition disputes.