China has a comprehensive and integrated legal framework for trademark protection based on domestic legislation as well as international IP treaties and conventions. The Trademark Law and its Implementing Regulations are the primary sources of law on trademark protection. The Trademark Law entered into force in 1983 and has been amended in 1993, 2001, 2013 and 2019. The most recent amendment (23 April 2019) took effect from 1 November 2019. The key purpose of the recent amendments is to enhance trademark protection with new prohibitions to more effectively curb bad-faith filing and provide harsher penalties for trademark infringement.

In addition to the Trademark Law, the domestic laws, rules and regulations on trademark protection across the administrative, civil and criminal spheres include:

On 23 April 2019 the Anti-unfair Competition Law was amended, the second amendment since its enactment in 1993 and the first since 2017. The amended Anti-unfair Competition Law features trade secret protection and increased fines and damages for acts of unfair competition, increasing statutory damages for such acts which, among other things, violate IP rights, from Rmb3 million (approximately $420,000) to Rmb5 million (approximately $700,000).

Trademark litigation acts as much more of a deterrent if it can hold the individuals (ie, the masterminds of the infringement, the legal representatives or shareholders of the companies committing the infringing acts) liable for trademark infringement. In recent years, China’s courts have rendered verdicts that have held company legal representatives or shareholders liable jointly or severally for acts of infringement perpetrated by their companies to prevent sophisticated infringers from abusing the independent legal person status of the company or the limited liabilities of shareholders to evade trademark infringement penalties.

In Exxon Mobil, Zhang Zhimin (the legal representative of Beijing Beinong Guoxin Technology Development Co Ltd) and his daughter, Zhang Dandan, were sued as co-defendants for their part in the infringement regarding use of the trademark MOBIL (in both English and Chinese) on pesticides and fertilisers. The appellate court affirmed the trial court verdict and ordered the four defendants to pay damages of Rmb3 million to Exxon Mobil.

Trademark litigation falls into the following categories in terms of applicable laws, procedures, nature and objectives:

The rights holder may initiate the following actions for trademark protection for unregistered trademarks:

If recognised as a well-known trademark, the registered trademark can help the rights holder to stop the use of the infringing trademark on dissimilar goods or services.

Trademark disputes can be resolved through mediation in civil litigation in China. If the plaintiffs and defendants agree to mediate a settlement agreement, the court may act as mediator or direct the parties to work with the court-designated external mediators or mediation centres. Heavy and increasing caseloads have put the courts under severe strain. The Supreme Court has been urging the courts to rely on alternative dispute resolution mechanisms to deliver quality and efficiency in IP protection.

Arbitration serves to resolve civil trademark disputes, provided that the parties agree in writing to the arbitration.

Mediation and arbitration are generally not employed in trademark administrative and criminal litigations unless the rights holder files an incidental civil litigation in a combined criminal-civil proceeding and the parties choose to mediate a settlement agreement on the civil claims over damages.

Specialised IP courts and IP tribunals have more expertise and experience in handling IP disputes. Courts in more economically developed provinces and areas (eg, Zhejiang and Jiangsu) are more pro-intellectual property and tend to grant higher damages. It is recommended that the plaintiff file the trademark litigation at the specialised IP courts or IP tribunals.

It is also an effective strategy to identify all the players involved in the trademark infringement (eg, the mastermind of the infringing acts, the owner or licensor of the infringing trademark, the manufacturer, the distributor, the warehouse landlord and the internet service provider (ISP)) and select the court most preferred by the plaintiff to file the litigation.

Internet courts in Beijing, Hangzhou and Guangzhou have jurisdiction over disputes arising from online infringement and transactions. Almost all proceedings (including filing complaints and evidence, service and even trials) at the internet courts are conducted online for the convenience of all parties involved in the trials.

The Supreme Court’s opinion is that only the courts at the defendants’ domicile or the location of the server of the e-commerce trading platform (ie, the ISP) have jurisdiction over litigation against the internet-based trademark infringement.

The Supreme Court has directed the courts to use market value as a benchmark for determining damages in IP litigation and award punitive damages to ensure that the damages in total are commensurate with the market value of the IP rights in dispute.

In light of the present practice and trend for the courts to award substantial damages of millions of renminbi, the rights holder should consider adjusting its IP protection strategy and rely more on litigation to obtain stronger protection in China. Meanwhile, the legitimate brand owners should also be more cautious in trademark use in order to avoid trademark infringement suits and the ensuing large damages.

Investigations are necessary and can be vital for formulating a trademark litigation strategy and tactics, as well as building a stronger case against the defendants. Investigations are conducted for numerous reasons, including:

Legal counsel should always be closely involved throughout the investigations when working with internal investigators or external professional investigators by offering input into the investigation plan and overseeing investigations to ensure that evidence obtained complies with the rules of evidence in terms of subjectivity, legality and relevance. Relevant and particularly important and key evidence (eg, infringing goods, websites and transaction documents) must be notarised, as notarised evidence is viewed as having more probative strength than non-notarised evidence. It is important for legal counsel to review and ensure the legality of the evidence obtained during the investigations because evidence procured through dubious or illegal means, as trap orders or entrapment, may be excluded or result in compromising the litigation.

Survey evidence is not mandatory. It is often challenged for being untruthful, unscientific biased and/or manipulative. In practice, survey evidence has been filed with the court in hard cases for reference purposes. The Supreme Court has accepted survey reports as evidence in retrial cases. The referential value of survey evidence for the judges to determine cases should not be ignored.

Expert witnesses are permitted in trademark litigation cases and are often engaged to provide expert opinions on difficult or controversial issues, especially in cases of first impression. Sometimes, courts may also host seminars or request experts to submit opinions for consideration. Economic experts can also be helpful in ascertaining payable damages. Expert opinions may not be cited by the judges; however, the referential value for the judges to determine the cases should not be underestimated.

In rare circumstances, the people’s procuratorates have powers to supervise adjudication of civil cases and may do so ex officio or by request. 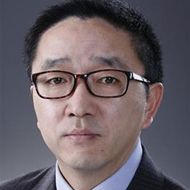