China has a triple track trademark protection system. Trademark administrative litigation can be brought to challenge the validity or registrability of trademarks, while civil and criminal actions are available against trademark infringement.

The Anti-unfair Competition Law is frequently cited and provides fall-back protection for trademark rights, especially unregistered commercial marks. The latest Anti-unfair Competition Law came into effect on 1 January 2018 and requires that all competitors act under the principles of honesty and credibility and regulate free-riding conduct that may disturb market order and create unfair business advantages. Article 6 of the law prohibits unauthorised use of identical or similar commercial marks to others’ prior marks, trade names and product names that may mislead consumers.

The Criminal Law provides for criminal liabilities of trademark infringement. From 2004 to 2011 the Supreme People’s Court, the Supreme People’s Procuratorate and the Ministry of Public Security jointly issued various judiciary interpretations and opinions to elaborate on criminal prosecution and liability standards.

Although China is not a case-law country, leading or representative cases increasingly influence how local courts render decisions. Since 2011 the Supreme People’s Court has released 96 guiding cases, among which five were trademark-related. Guiding cases have practically an equivalent effect as judicial interpretations. In the most recent guiding case, the court established that infringement litigation based on trademark rights obtained in bad faith against fair trademark use by another party is abuse of litigation rights. This essentially provides a new weapon for legitimate trademark owners whose trademarks are hijacked to fight back with when facing malicious lawsuits.

A registered trademark owner may sue for trademark infringement in the following instances:

It is not considered infringement if the defendant itself holds a trademark registration. However, there are two exceptions:

Under Article 122 of the Civil Procedural Law, where a civil dispute lawsuit lodged by a litigant is suitable for mediation, mediation will be conducted first, except where the litigant refuses.

There are no special IP arbitration institutions in China. Arbitration is not commonly adopted to resolve trademark disputes, unless the parties have had previous contact and signed an agreement containing an arbitration clause.

Besides the normal four court levels, specialised IP courts, IP tribunals and internet courts have been established in the past few years and have contributed to professional adjudication of trademark disputes.

Since 2014 three specialised IP courts have been established in Beijing, Shanghai and Guangzhou. These specialised IP courts are equivalent to intermediate people’s courts and hear appeal cases from district people’s courts. They have exclusive jurisdiction over trademark civil cases involving recognition of well-known trademarks within Beijing, Shanghai and Guangdong Province, respectively. Among them, the Beijing IP Court has exclusive jurisdiction over first-instance administrative lawsuits involving trademark registrability or validity.

Internet courts were newly established in Hangzhou in 2017 and Beijing in 2018 for the convenience of hearing cases online. They have jurisdiction over disputes arising from online infringement and transactions. Almost all litigation proceedings (including filing a complaint, submitting evidence, service and even trials) are completed online.

There is much to consider when choosing a litigation venue. Specialised IP courts and IP tribunals are more capable and experienced in handling IP disputes. In addition, courts in more economically developed provinces, such as Zhejiang and Jiangsu, are more pro-intellectual property and tend to grant higher damages. Where a plaintiff has a difficult case or wants to build a landmark case, it is recommended to go to the IP courts or IP tribunals. The downside of choosing IP courts and IP tribunals is that the judges may have overwhelming caseloads, resulting in delays in rendering judgments.

Damages in civil infringement cases will be the actual losses that the plaintiff suffers as a result. If actual losses cannot be ascertained, damages may be calculated based on any illicit profits that the defendant earns from the trademark infringement. If the actual losses and illicit profits are unknown, damages may be based on a reasonable amount of licensing royalties. Eventually, if none of the above can be ascertained, courts may award damages of no more than Rmb3 million based on all relevant facts. However, according to several judicial interpretations and judicial opinions, courts may go beyond the statutory Rmb3 million limit and grant substantially higher damages if supporting evidence is available.

If trademark infringement is malicious and results in serious damages, the payable damages could amount to up to three times the above calculation.

The policy trend encourages a tough attitude against IP infringers. Beijing, Shanghai and Shenzhen, among others, have vowed to protect rights holders. Prime Minister Li Keqiang also emphasised that IP protection should be enhanced and punitive damages encouraged. Infringers should be punished until the infringing business becomes bankrupt. This harsh policy is good news for brand owners.

Reasonable expenses, including transportation fees, evidence collection and attorney fees, among others, may also be recovered.

In a patent litigation case in December 2016, the Beijing IP Court fully supported the plaintiff’s claims for reasonable expenses of Rmb1 million. The plaintiff submitted legal service agreements, invoices and timesheets to substantiate its claim. This is a landmark case because, for the first time, the court acknowledged and supported legal fees charged at hourly rates. Traditionally, courts are reluctant to support full recovery of reasonable expenses, especially high attorney fees. However, from this case on, the courts’ attitude has been gradually changing.

There are four sections of evidence necessary to build a trademark infringement case.

It is advisable to provide evidence of trademark fame, because it is an important factor in determining the similarity of marks and goods. The more famous and distinctive the prior trademark, the bigger the scope of protection that it will enjoy and the more likely that the courts will find likelihood of confusion. It could also be inferred that a defendant has bad faith in using marks similar to a prior famous and distinctive trademark. Bad faith is not mandatory in trademark infringement, but it will be considered in the calculation of damages.

Evidence of infringement: When detecting trademark infringement activities in the market, the plaintiff will usually do a desktop search to identify infringers and their backgrounds. If necessary and feasible, it can retain investigators to conduct an onsite investigation and the notarised purchase of infringing products. Onsite visits may help gather samples, promotion brochures, name cards, video recordings, product packaging and other material evidence to prove infringing trademark use.

Key evidence of infringement should be either original or notarised; otherwise the defendants may easily challenge the evidence’s authenticity.

Evidence of damages: The plaintiff will first bear the burden of proof to show damages, based on actual losses, illicit profits or licensing royalties. Where the rights holder has presented as much proof of its claims as possible, the courts may order the defendant to provide its accounting books and financial documents. If the defendant refuses to submit such information, or submits false statements, the courts may determine damages with reference to the rights holder’s claims and proof.

In recent years, legal practitioners in China have been trying to refine the calculation of damages by involving economic experts and presenting as accurate numbers as possible. The courts are more likely to grant high amounts of damages if the plaintiff can produce a solid basis and formulas to substantiate the high claims.

Survey evidence: Market surveys are admissible but not mandatory evidence in civil actions. They have referential values but are not decisive.

Traditionally, courts are sceptical about whether market survey results are scientific and impartial because the research firm which conducts them is hired by one party. Recently, consumer surveys have been increasingly adopted to show market confusion or public awareness of prior trademarks.

There is a high-profile trademark administrative case involving infringement of Michael Jordan’s name rights and the disputed trademark containing JORDAN written in Chinese. Michael Jordan retained a research firm to conduct a market survey with a notary’s presence on public cognition of Chinese transliteration of the surname ‘Jordan’. The survey results showed a high percentage of interviewees first think of Michael Jordan when seeing JORDAN written in Chinese. In addition, more than 50% of interviewees believed that the disputed mark was connected to Michael Jordan. The Supreme People’s Court admitted the market survey as evidence and acknowledged that the design was scientific. In this case, the market survey’s conclusion was authentic and had high evidentiary value.

The defendant may argue that its use is fair and legitimate. Where the prior registered trademark contains a product’s generic names, logos and models, or directly indicates product quality, raw materials, functions, weight and other characteristics, or contains a geographic name, the registered mark owner cannot prohibit others’ use in good faith and in a fair and non-misleading way.

For this defence to stand, the following criteria must be satisfied:

Prior rights or prior use

The defendant has a good defence if it has used the alleged infringing mark on identical or similar goods and services prior to the application date of the plaintiff’s registered trademarks and has accumulated a certain level of fame through use. If this defence stands, the defendant could continue use within the original scope of use but may be required to add proper marks for distinction purposes.

Additionally, the defendant may argue non-infringement if it has existing prior copyrights, patent rights, trademark rights or trade names, among other things, that provide a legitimate basis for its trademark use.

In rare circumstances, the people’s procuratorates have powers to supervise adjudication of civil cases and may do so ex officio to protect against court judgments or by request. 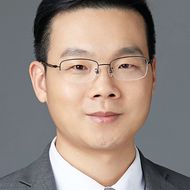 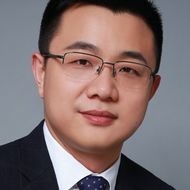 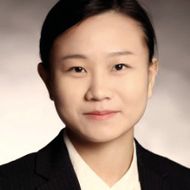