All Chinese laws are written and passed by the Chinese People’s Congress or its Standing Committee, whereas the corresponding implementing regulations and judicial interpretations are made respectively by the State Council (ie, the central government) and by the Supreme People’s Court and the Supreme People’s Procuratorate. All these laws, regulations and interpretations are binding on the administrative bodies and the courts.

All Chinese laws are written and passed by the Chinese People’s Congress or its Standing Committee, whereas the corresponding implementing regulations and judicial interpretations are made respectively by the State Council (ie, the central government) and by the Supreme People’s Court and the Supreme People’s Procuratorate. All these laws, regulations and interpretations are binding on the administrative bodies and the courts.

The current Chinese Trademark Law was passed in 1982 and came into effect in 1983. It was amended in 1993, 2001 and 2013. The Trademark Law is the primary statute governing trademark-related issues. Other laws (eg, the Criminal Law, the Civil Law and the Civil Procedures Law) and corresponding implementing regulations and judicial interpretations focus on specific procedures and other substantial issues.

China is a signatory to the Paris Convention for the Protection of Industrial Property and the Agreement on Trade-Related Aspects of Intellectual Property Rights (TRIPs). These and other international treaties and agreements to which China is party have been implemented into a domestic law. International treaties and agreements signed by China but not yet implemented into domestic law are not directly applicable.

The seventh action is all-inclusive, leaving room for other types of infringement to be covered. Additionally, Rules 75 and 76 of the Implementing Regulations provide for other infringing actions:

The consumption or use of infringing goods or services shall not be deemed direct or indirect trademark infringement. Parallel imported goods cannot be deemed trademark infringement, so long as the goods are genuine with genuine trademarks, though this is possibly an issue of contractual breach. Use of the trademark of a value-added reseller on a product made by an original equipment manufacturer is somewhat controversial, although the Chinese courts tend to regard such use as non-infringing.

Articles 52 and 53 of the Trademark Law prohibit the use of the registration symbol ® with an unregistered trademark, and of the wording ‘well-known trademark’ in relation to any business activities. Breach of these provisions will incur administrative punishment.

Civil litigation: Trademark infringement can be the basis for a civil action. However, this chapter does not discuss trademark contractual or ownership disputes.

Arbitration and mediation are both available in trademark civil cases only. In civil lawsuits, the parties concerned are also allowed to settle the cases even after the court has issued its ruling.

Arbitration is available on the basis of a prior or later-reached agreement or clause for trademark-related civil disputes, which are usually contractual matters rather than trademark infringements.

The Chinese court system is made up of:

In addition, all administrative lawsuits in which Customs is a defendant or involving a well-known trademark shall be filed with the competent city intermediate people’s court.

Criminal litigation: A trademark criminal litigation shall be filed at the place where the crime started or resulted in harm to the mark owner, or the place where the criminal goods are located. In general, such litigation shall be filed with the county or district court at first instance. Depending on the monetary value of the infringement, the lawsuit may be filed with a city or provincial level court at first instance; it is rare for the Supreme People’s Court to hear a first-instance trademark case.

Forum shopping is generally not possible for administrative or criminal litigation. It is possible for civil litigation, as it can be heard at either the infringer’s domicile or the place of infringement.

It is widely recognised that the judges in Beijing, Guangzhou, Shanghai, Shenzhen and other developed regions or cities (mainly the major cities of southeastern China) are more experienced in handling trademark infringement cases than those in other parts of the country and are not influenced by local protectionism. Local protectionism, by contrast, may influence the courts in remote regions, especially when the infringer is a large local taxpayer.

China has a special system of people assessors that is unlike a jury trial and a bench trial. Thus, while the jury in the US system can decide only on the facts, the people assessors in China can decide on both the facts and the application of the law. At first instance, a case can be tried by either a single judge or a panel made up of an odd number of:

A judge, rather than a people assessor, presides over a panel. People assessors cannot sit in second-instance and retrial proceedings.

The statutory remedies below are available against the infringement of registered trademarks:

Damage shall be calculated on the basis of the following elements, in this order:

The plaintiff’s reasonable expenses in stopping the infringement shall also be included.

The other conditions listed below must also be satisfied:

Criminal litigation: Where the trademark infringement constitutes a serious and obvious crime, the police may conduct an ex officio investigation and initiate criminal proceedings, with minimal or even no involvement from the rights holder. However, in many trademark infringement cases the rights holder will need to collect some evidence itself and then report the case to the police. Once the police have assessed whether the infringement might constitute a crime, they will take over responsibility for further investigation and criminal proceedings.

Civil litigation: In civil cases, an investigation is often a necessary step to learn more about the infringer, collect evidence of the infringement, assess the whole situation and then decide on the best steps to take, including (but not limited to) sending a cease and desist letter, initiating an administrative raid action and proceeding with a lawsuit. During the course of the investigation, it is sometimes advisable or even necessary to notarise any infringing webpages or other evidence that can prove the infringement but that the infringer might later easily delete and deny ever having. In some cases, it is advisable to conduct a test purchase and have the process notarised.

To initiate a civil trademark lawsuit, the plaintiff must:

Foreign plaintiffs should have most of the paper documentation notarised, legalised and translated into Chinese by authorised translators. As the preparation of the documentation is potentially time and resource consuming, it is advisable to take action as early as possible. Where the filed documentation does not meet the courts’ requirements, the parties can file again as long as the prescribed time limit has not elapsed.

The law does not stipulate survey evidence as a type of formal evidence. In practice, this type of evidence carries little weight and is often considered unconvincing, though it has been accepted in some limited cases. Accordingly, it is advisable to rely on other types of evidence.

Expert witnesses have long been accepted in litigation, mainly to clarify technical issues that are difficult for the judges to understand. However, expert witnesses are used far more often in patent cases than in trademark cases.

Unlike in the United States, where any party can choose its own expert with little limitation from the court, in China a party that wants to use an expert need the court’s prior approval. The court can also appoint an expert witness at its own initiative whenever necessary. Expert witnesses must come from judicial expert agencies or institutions. Usually, the evidence given by expert witnesses has greater weight than other types of evidence; it is often accepted without challenge or cross-examination.

The Beijing IP Court set up an office of technology research and investigation in 2015 and the first group of experts for the office has been selected. This is a new way to strengthen the important role of expert witnesses in IP litigation.

The first defence available against a claim of trademark infringement is to argue dissimilarity or absence of confusion relating to the trademarks or goods. In addition, the defences below are possible:

In the following cases, although the nature of the infringement is to be ascertained, damage can be avoided: 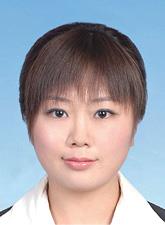 Haoyu Feng is a trademark attorney, attorney at law and partner of Chofn Intellectual Property. She has been focusing her practice on IP law since 2010, following her graduation from the law school of Renmin University. She represents many international companies (including Ford, Suncor, Metso, Kaufland and Medela) in trademark prosecution, enforcement and litigation, copyright and domain-related litigation. She joined the International Trademarks Association’s Famous and Well-Known Marks Committee in 2016. She speaks English and Chinese. 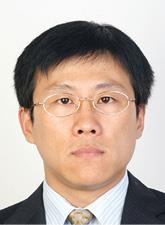 Xiaoming Liu is a trademark attorney, attorney at law and partner of Chofn Intellectual Property. His practice has focused on IP law since 2005. He has extensive knowledge of and deep experience in trademark prosecution, enforcement and litigation. This has won him the trust of many well-known companies – including Nokia, Tetra Pak, Petro-Canada, Premier League, the BBC, Roca, Syngenta, the European Aeronautic Defence and Space Company, Plastic Omnium, Nexans, Nice Group and Rio Tinto Group, to name a few. He joined the International Trademark Association’s Anti-counterfeiting Committee in 2014. He speaks English and Chinese.