By Dominique Hussey and Jeilah Chan

Canada has a robust system of trademark enforcement, with several available causes of action for an aggrieved owner.

The Trademarks Act also permits a plaintiff to sue for:

A plaintiff can also sue for depreciation of goodwill, but only with respect to a registered trademark.

The Competition Act prohibits promoting a product by making a representation that is false or misleading in a material respect. This provision is typically asserted in conjunction with other causes of action under the Trademarks Act. There are Criminal Code provisions relating to the forgery of trademarks; however, breach of the Criminal Code is litigated in a criminal court and not in a civil case.

Proceedings for trademark infringement, at least in the Federal Court, can proceed in one of two ways. The first is an action, which involves detailed pleadings, documentary and oral discovery and a trial with live witnesses. This process can take about two years. Alternatively, a plaintiff may proceed by way of application. An application is a summary procedure that involves more limited pleadings, affidavit evidence, cross-examination and a hearing on a paper record. An application can proceed from the originating document to a final determination in as little as eight months. In addition to timing, the application procedure can be beneficial where infringement is apparent or smaller dollar amounts are in issue. Actions are preferred where large dollar amounts are in issue and fact-finding through the discovery process is needed.

To establish infringement of a registered trademark, the plaintiff must prove a likelihood of confusion, which generally means that the average consumer of the goods or services at issue would conclude that the goods and services of the defendant originated from or were authorised by the trademark owner. While the court may consider a wide range of factors in assessing the likelihood of confusion, resemblance in appearance, sound and idea suggested by the trademarks at issue is often the paramount consideration. Without resemblance, confusion is unlikely.

To establish depreciation of goodwill, the plaintiff essentially must prove that its registered trademark:

Each prong must be supported by evidence as opposed to inference.

To establish statutory passing off, the plaintiff must prove goodwill in the trademark at issue, misrepresentation (based on confusion) and actual damage. Each prong must be supported by evidence as opposed to inference.

Alternative dispute resolution (ADR) procedures are available to resolve trademark disputes. Private mediation and arbitration services are offered throughout Canada and may be employed if the parties agree, or if they are bound contractually to do so.

In some jurisdictions in Canada, ADR may be required before an action can proceed to trial; the parties must first attempt to settle some or all issues through mediation offered by the court. The Federal Courts Rules encourage mediation by requiring that the parties discuss and be prepared to discuss the possibility of referring unsettled issues to a dispute resolution conference within 60 days of the close of pleadings, and at a mandatory pre-trial conference that takes place before a judicial officer.

While the Federal Court of Canada and the provincial superior courts have concurrent jurisdiction for most trademark disputes, the Federal Court continues to hear the majority of these cases. The Federal Court’s popularity is driven by two strategic advantages: comprehensive remedies and national effect.

Trademark disputes in Canada are heard before a judge alone, without a jury. Juries do not exist in the Federal Court. Juries in the provincial superior courts are typically confined to criminal matters or limited types of civil disputes (eg, libel and personal injury matters).

A successful plaintiff can elect between damages (its losses arising from the infringing sales) and an account and payment of the defendant’s profits. Damages are available as of right; profits are an equitable remedy that may be refused at the court’s discretion.

If a plaintiff can prove that it would have made the sales otherwise made by the infringer, it will be awarded its profit margin on those sales. Other circumstances attract a reasonable royalty. Proving damages can be difficult where the defendant refuses to participate in the litigation, which is common in counterfeiting cases. In such circumstances, the Federal Court has adopted an informal scale for the quantification of damages. The current amount for a distributor is C$30,000. This amount is for a single instance of infringement and can be separately awarded for each turnover of inventory. Even if this scale is not used, the Federal Court has been clear that difficulty in assessing damages does not mean that they will not be awarded.

Punitive damages may be awarded; however, a punitive award based on intentional infringement alone is rare. Courts have awarded punitive damages, especially in counterfeiting cases, where the defendant has refused to participate in the litigation or disregarded orders and directions of the court.

A successful plaintiff will be awarded part of its costs, which include both fees paid to lawyers and disbursements (eg, court reporters, experts). In the Federal Court, recovery has historically been modest – usually between 20% and 40% of the amount spent on fees, in addition to reasonable disbursements. This may change as the court is considering updating its costs regime. The provincial courts typically award more substantial costs. Pre and post-judgment interest is awarded.

Most interlocutory injunction motions fail as a result of an inability to establish irreparable harm. Courts have interpreted this part of the test to require demonstration of harm that cannot be compensated by a payment of money. However, recent authorities suggest that the Federal Court may be more willing to grant interlocutory injunctions and relax the ‘irreparable harm’ test.

Permanent injunctions after a full hearing are almost always granted.

An order compelling the defendant to deliver up all infringing merchandise to the plaintiff will generally be granted as a matter of course. The court also has the discretion to order that equipment used to produce the infringing goods, packaging, labels or advertising material be destroyed.

That Canada is a first-to-use jurisdiction means that the first party to use its mark will have rights to its use over those of a subsequent user of a confusingly similar mark, even if the subsequent user’s mark is registered. Therefore, to determine rights it is critical to any trademark dispute to assess the first use dates and scope of use of each party.

Use is central to the maintenance of trademark rights in Canada. Therefore, a brand owner should, before asserting its trademark rights, investigate and review its own use of relevant marks to ensure that its rights are not vulnerable to counter-attacks based on non-use.

Third-party uses of similar marks in the marketplace can narrow the ambit of protection of a brand owner’s mark. Therefore, it is important for brand owners to conduct routine market investigations to monitor and police third-party uses. This is no less important before commencing litigation against a potential infringer, because asserting a weak mark in aggressive litigation may result in counter-attacks and unfavourable decisions that would be detrimental to future enforcement efforts.

Litigants in trademark disputes need not expend extensive resources to file consumer survey evidence on the issue of confusion. The Supreme Court of Canada has stated that survey and expert evidence should be admitted sparingly, and only when it is beyond the experience of the court to decide on issues of confusion. This means that a brand owner now may encounter fewer economic obstacles before pursuing infringers in Canada.

When assessing the suitability of potential expert witnesses, it is important to ascertain that they had the relevant expertise as of the relevant date.

The plaintiff bears the burden of proving infringement, passing off and depreciation of goodwill on a balance of probabilities. A defendant can therefore defend, in each case, against each cause of action on the basis either that the plaintiff has not met its burden of proof, or that the defendant has marshalled sufficient evidence to the contrary. Where the plaintiff fails to meet its burden on any prong of the tests applied to passing off or depreciation of goodwill, the defendant will prevail. In infringement and passing-off actions, the most common defence is absence of likelihood of confusion. In infringement proceedings, as long as the use in question does not depreciate the goodwill attached to the registrant’s marks, use of a personal name as a trade name and use of the geographical name of a place of business or of any accurate description of the character or quality of goods or devices are also defences; as is mere use of a utilitarian feature embodied in a trademark.

A defendant can also defeat allegations of trademark infringement, passing off and depreciation of goodwill by alleging, by way of defence or in a counterclaim, that the asserted trademark is invalid. The burden of proving invalidity on a balance of probabilities rests with the defendant. A defendant can defeat a passing-off case involving an unregistered sign by proving that the sign in question is not a trademark.

Broadly, a trademark registration can be invalidated on the basis that:

The grounds on which the defendant can argue that a trademark was not registrable mirror those that establish registrability.

A defendant can argue that the trademark does not distinguish the goods and services in association with which it is used by its owner from the goods and services of others. This ground is assessed as of the date of the litigation. Only in rare cases can the defendant’s own infringing sales be used to support a claim of loss of distinctiveness.

A trademark that has been abandoned with intention is invalid.

A trademark registration can be expunged on the basis that the application was defective – for example, because the first use date or proposed use claim was false or its subject matter did not qualify as a trademark.

Registrations that are five years and older cannot be contested on the basis of prior use, without proof that the registered user adopted the mark with knowledge of the prior use.

All decisions of the registrar of trademarks may be appealed, as of right, to the Federal Court of Canada within two months of the date on which the decision was dispatched. These include appeals of refusals to register a trademark, cancellation of a trademark and decisions in opposition proceedings (including the decision not to reject an opposition where it did not raise a substantial issue for decision).

With leave, and only on issues of national importance, the losing party can appeal an order of the Federal Court of Appeal to the Supreme Court of Canada. 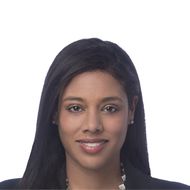 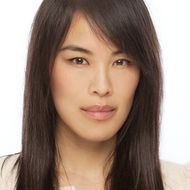