Counterfeiters often act through third parties that might not be aware that their services are used for illegal activities. Such third-party engagement renders the liability of intermediaries a cutting-edge matter in IP law worldwide.

The worldwide proliferation of counterfeits, as well as the high sophistication that counterfeiters have managed to acquire over time, have made the direct targeting of counterfeiting particularly difficult. Networks of constantly changing legal entities, interchangeable transportation routes and alternative payment methods create a complex system in which profiling infringers and tracing their transactions involves changing challenges and requires adaptive approaches.

The most effective approach is to target the infrastructure and means used by counterfeiters to supply their products internationally. In this regard, counterfeiters often act through third parties that might not be aware that their services are used for illegal activities. Such third-party engagement renders the liability of intermediaries a cutting-edge matter in IP law worldwide.

The increasing interest that brand owners, organisations and legislators have in the liability of third parties whose services are being used by infringers is fully justified by the reality of counterfeiting. Economic operators that provide services capable of being used by others in order to infringe IP rights can qualify as intermediaries, irrespective of the existence or absence of a specific relationship (eg, a contractual link) between the parties. As much was recently elaborated in a report published by the European Commission (“Guidance on certain aspects of Directive 2004/48/EC of the European Parliament and of the Council on the enforcement of intellectual property rights”, November 29 2017).

Each category has its own particularities, which should be dealt with separately and taken into account in any enforcement programme aspiring to deal with even a fraction of the $441 billion that the Organisation for Economic Cooperation and Development and the EU Intellectual Property Office estimated to be the annual volume of trade in counterfeit and pirated products in 2013 alone (“Trade in Counterfeit and Pirated Goods: Mapping the Economic Impact”, 18 April 2016).

Intermediaries in the supply chain represent the main category of entities whose services are used to infringe IP rights, from raw materials suppliers to the land, air and sea carriers and forwarders that are the key stakeholders in the transportation of infringing goods. Logistics services act complementarily, assisting in creating the distribution network that facilitates the flow of counterfeits to their final retail or wholesale destinations. It has been noted in some cases that the logistics services are more than mere facilitators, which raises suspicions that some of them might be directly involved in the trade of counterfeits.

Postal and courier services are regularly used to facilitate the carriage of counterfeits in two main ways. First, they are the main and exclusive form of delivery of goods purchased online via e-shops or e-commerce platforms, with thousands of parcels marked as containing counterfeit products being seized by the competent customs authorities. However, the influx of infringing items cannot easily be prevented when one relies exclusively on the customs safety net; this is why brand owners concentrate their efforts on dealing directly with the major e-commerce platforms and apply takedown procedures in an effort to eliminate the infringing activity on such sites. Moreover, courier services not only deliver goods, but also act as payment intermediaries in the transactions between e-traders and their customers; thus, they are in the middle of the transaction chain, possessing evidence of the funds transferred from the final consumer to the infringer. A ‘follow the money’ approach places the postal services in the investigation field, as there is valuable evidence to be collected on the infringement activity. Further, postal and courier services are not only used for business-to-customer but also for business-to-business transactions: small and medium-sized parcels travel quicker and raise fewer suspicions, since they can be lost from sight among thousands of other parcels, and the infringers’ potential losses are minimised.

The longstanding discussion on landlord liability was spurred by the ECJ’s decision in Tommy Hilfiger v Delta Center (July 7 2016, C-494/15). Although it remains to be seen how the various national legislatures will incorporate it in the long term, the ruling provides a solid base to address a number of outlets across the European Union, engaging market operators in purging shopping centres of counterfeit products. The approach may be extended to organised flea markets, especially those under municipality control, and even to owners of brick-and-mortar shops – although whether such shops could be considered to be intermediaries under the scope of the given legislative framework remains to be determined. Trade fairs also play an important part: importers and wholesalers are providing counterfeit samples to traders, often using hotel rooms or suites as showrooms.

The financial system is used to canalise the money flow deriving from the infringement of IP rights. A substantial corpus of evidence and traces are found across the transaction data of banks and other transaction facilitators, such as courier and post services, credit card institutions and money transfer service providers. It is certain that sooner or later there will be similar cases involving cryptocurrency systems.

Most national laws have already incorporated intermediary liability provisions in their IP protection systems. Although some of its provisions may need to be further clarified and harmonised, the EU IP Enforcement Directive (2004/48/EC) has created a coherent legal framework to address intermediary liability. A similar framework is also in force in the United States and China.

At the industry level, memoranda – underlining the interest and the intention of the involved parties to work together in the fight against counterfeits – form a general framework for raising awareness in the relevant industry and building up valuable cooperation with rights holders. A prominent example of this is the May 2011 EU Memorandum of Understanding on the Sale of Counterfeit Goods via the Internet. The signatories to this memorandum are stakeholders in the relevant sectors, including the most prominent online platforms, dealing with the procedure of handling complaints related to the offering for sale of infringing goods.

The future of intermediary liability seems to lie in regulatory approaches in a business environment that is constantly becoming overregulated. In 2015 the European Commission ran a public consultation on the mechanisms developed by companies to secure their supply chains and thereby protect their intellectual property. Read together with Business Action to Stop Counterfeiting and Piracy’s (BASCAP) 2017 “BASCAP report on Measures to Engage Landlords in the Fight against Counterfeit and Pirated Goods” (which followed BASCAP’s 2015 “Roles and Responsibilities of Intermediaries”), there is a clear signal that the trend is gradually shifting from traditional IP protection to a comprehensive compliance system, which incorporates the principles of responsibility and accountability, complicit behaviour and conditions for ‘safe harbour’ immunity that are already in place for other purposes (eg, tobacco trading). The above reports set the tone of the approach to be expected in the control of distribution of goods manufactured in an IP-intensive industry. It remains to be seen how such efforts will develop, taking into account the increasing regulatory burden, which creates further adaptation issues for small to medium-sized enterprises and micro-businesses.

Targeting intermediaries is vital for enhancing the effectiveness of an anti-counterfeiting programme. Blocking counterfeiters’ resources and means of activity degrades their business environment and creates a healthier environment for the flow of genuine goods. However, it is also possible for anyone acting as an intermediary third party in an infringing activity to be accused as an infringer or an accessory thereof. Here, therefore, lies a point that requires attention: the genuinely innocent intermediaries (ie, the intermediaries that are not aware of the infringement) must be distinguished from the intermediaries whose liability amounts to contributory liability (ie, since they are perfectly aware of the infringement or even actively assisting infringers to carry out the infringement). As regards the latter category, the legal framework for intermediaries does not suffice, since this is a clear act of infringement that falls under traditional IP law provisions and general tort law. In practical terms, an anti-counterfeiting programme should always include a procedure for the identification of intermediaries and set out the steps that should be taken against them in order to obtain the information needed for building up a case against infringers.

On another note, due to compliance with the EU General Data Protection Regulation and the principle of proportionality, the limits on the extent of any information requested and the freedom of an intermediary to provide it will create a challenge for IP owners. In Coty Germany GmbH v Stadtsparkasse Magdeburg the ECJ ruled that banks may be considered as providing intermediary services which are used to infringe IP rights, and that they cannot invoke banking secrecy to escape from the obligations arising out of the relevant legal framework (July 16 2015, C 580/13). However, the right to receive bank account details granted by the competent court will always be scrutinised under the principle of proportionality and the protection of personal data lying in non-separable information (in the aforementioned case in transactions unrelated to the infringing activity), or in case these are revealed without proper safeguards (see the European Court of Human Rights ruling in Sommer v Germany, April 27 2017, application 73607/13). The above is a good example of how a new regulatory regime can pose challenges in IP protection.

The list of persons and entities that could potentially qualify as intermediaries is not exhaustive. Any party whose services may be exploited for the purpose of infringing IP rights could fall under this category and could be subject to action by the IP owner. The various types of intermediaries as categorised above include practically all players in the infringement chain, starting from manufacturing (ie, the supply of raw materials) and including transportation – either by carriers or postal services – diffusion in organised markets and relevant transactional procedures.

It is well known that actions against intermediaries are essential in anti-counterfeiting programmes and constitute a valuable source of information and evidence for cases against counterfeiters. Future developments in the field are expected to include a strong regulatory framework and there are already discussions preparing possible initiatives. Finally, as we are now entering the era of the EU General Data Protection Regulation, disclosure of information is expected to pose more challenges, which will possibly need to be overcome through further legislation. 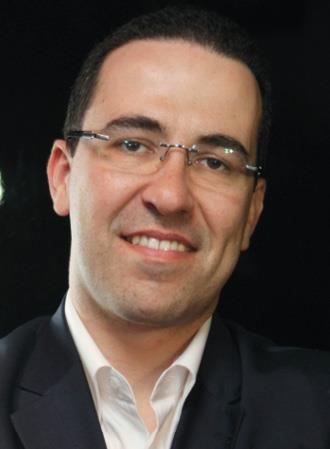 Michalis Kosmopoulos is a partner in Drakopoulos Greece. He is a distinguished IP expert, well known in the global legal community.

Having dealt with a vast array of IP matters over the years, Mr Kosmopoulos has gained valuable experience in serving domestic and international groups, both at national and cross-border level.