Every Tuesday and Friday, World Trademark Review presents a round-up of news, developments and insights from across the trademark sphere. In our latest edition, we look at Canada being criticised for how it tackles counterfeits, the USPTO announcing the exhibitors for its upcoming National Trademark Expo event, research into what makes a more effective digital banking brand, and the launch of the ‘.app’ new gTLD. Coverage this time from Trevor Little (TL), Tim Lince (TJL), Adam Houldsworth (AH) and Timothy Au (TA).

USPTO announced exhibitors for 2018 Trademark Expo – The United States Patent & Trademark Office (USPTO) has announced the exhibitors for its upcoming 2018 National Trademark Expo. The full list is available on the USPTO website, with brands attending include Safeway, Segway, Under Armour, NBC Universal, and Velcro. US government departments including NASA, the National Park Service, and the US Chamber of Commerce will also have a stand. The event will be held at the National Museum of American History in Washington DC on July 27 and July 28, and as the USPTO describes, its focus will be “educating the public about the history and value of trademarks in addition to their importance in the global marketplace through informational seminars, children’s workshops, displays of authentic and counterfeit goods, and other exhibits featuring registered trademarks”. World Trademark Review attended the previous Expo in 2016 and it’s a well-managed, informative, fun event that is a positive example of how IP offices can spread the trademark message. (TJL)

Uganda steps up fight against fakes – Two organisations in Uganda have announced a closer partnership in the hope of tackling the scourge of fake goods in the country. The Uganda Registration Services Bureau (URSB), which registers business names and IP, has signed a memorandum of understanding with the National Bureau of Standards, which enforces the country’s standards in protection of the environment, public health and safety. The memorandum will see the two agencies sharing databases and other information. Talking in a NTV news broadcast, the USRB’s executive director Ben Manyindo stated that the agreement means both parties now have “a complex picture of registered, certified companies with trademarks protected with goods on the market”. In turn, the NTV reporter stated that “perpetrators of fake goods should be afraid”. (TJL)

Canada criticised for handling of counterfeit shipments – New figures show that new border controls in Canada have had “little impact”, according to CBC. Since the Combating Counterfeit Products Act was enacted three years ago, custom officers in Canada have detained 48 shipments in total – averaging just 16 a year. In comparison, the United States seized 34,000 alleged counterfeit goods in 2017 alone, while the EU seized over 60,000 shipments in 2016. One IP lawyer, KSL partner Georgina Danzig, described the newly-released figures to CBC as “an embarrassment”, while a Canadian customs spokesperson said: “The numbers are not a clear reflection of seizures at the borders since the RCMP has responsibility for seizing counterfeit goods." On the face of it, though, the small number of seized shipments in Canada could be a concern for rights holders – both domestically and internationally. (TJL)

India’s trademark registrar obliged to provide due notice before removing marks, court rules – A recent ruling by the Bombay High Court held that it is mandatory for the country’s trademark registrar to issue a cancellation notice before it can remove a trademark from the register. This decision pertains to a dispute between Kleenage Products and the Registrar of Trademarks. The former owned a number of marks which it accidentally allowed to expire in 2009, before having its application to renew those rights denied by the registrar. Kleenage claimed that section 25(3) of the Trademarks Act made it mandatory for the registrar to issue a notice to a mark owner that their rights were about to lapse; with such a notice absent in its case, it argued that it should have been allowed to renew its rights. The High Court agreed, reports The India Business Law Journal, and ordered the renew of Kleenage’s rights. (AH)

Research reveals factors for effective banking brands – A few weeks ago, we took a deep-dive into trademark issues within the banking and finance sector, and found that the industry “must adapt to a new and evolving playing field”, especially in the digital area. This week, new research from NTT Data Services explored what banking brands can do to differentiate themselves in the digital space. Respondents to the study listed five concerns they have with digital services offered by banking brands: not being able to accomplish what they want to; seeing options that aren’t relevant; wasting time with tasks that take too long; having to enter the same information over and over; and having too many options that makes completing the task difficult. It identified, three key targets for banking brands: to make digital tools easy to understand (cited by 68% of respondents); require minimal effort to use the online platform (62%), and boast fast speed to complete online transactions (49%). This research provides, perhaps, good guidance for differentiating brands in the crowded banking and finance sector. (TJL)

App? There is a gTLD for that – The sunrise for the ‘.app’ gTLD – which was applied for by 13 applicants and won by Google in a $25 million auction – opens on March 29 (running until April 30). In terms of the new gTLDs landscape, the string has long been cited as one of the expected  “blockbusters” and industry commentators will follow its performance closely. After the sunrise closes, early access will run for a week from May 1, with general availability launching on May 8. (TL)

New Zealand accepts ‘mānuka honey’ certification mark – It has been reported that New Zealand’s IP office (IPONZ) has accepted the term ‘mānuka honey’ as a proposed certification mark. This follows arecent landmark decision by the UK trademark registry, which also recognised it has a certification mark. However, Australian interests, funded by the federal government, are attempting to appeal the decision in the UK and defend Australian honey producers’ rights to the term. Jane Glover, assistant commission of trademarks at IPONZ, stated: “Regardless of the surrounding legislative framework (which can change), from a trademark perspective, I am comfortable that for New Zealand consumers at the relevant date, the mark ‘mānuka honey’ was apt to differentiate Leptoseprmum scoparium honey produced in New Zeland from Leptospermum honey produced elsewhere.” (TA)

Kanye West trademark battle labelled ‘fake news’ – There has been a flurry of reports in recent days from publications including People and TMZ that musician Kanye West (otherwise known as Yeezy) has become embroiled in a trademark “battle” with Chinese company Fujian Baby Network Technology. It has been reported that the Chinese entity filed a mark at the USPTO for use of the term YEEZY BOOST on clothing, which has supposedly led the office to refuse West a YEEZY trademark in the same class. But, as it turns out, the trademark difficulties faced by the rapper have been somewhat exaggerated. In what The Fashion Law describes as “#FashionFakeNews”, they clarify that West’s application for the specific use of YEEZY on clothing has been temporarily suspended – rather than refused – pending a refusal from the USPTO for a trademark application made in 2017. It is unlikely, the blog contends, that West (who has long used the YEEZY brand, and already owns a number of related trademarks) will have to file a lawsuit against the Chinese company. Naturally that didn’t stop the celebrity outlets reporting it that way – but it’s good to see a post correcting the matter. (AH)

Rouse announces leadership promotion in Dubai – In April, Bassel El Turk will become Rouse’s country manager for the United Arab Emirates. Bassel has led Rouse’s MENA Dispute Resolution team for several years and manages the IP portfolios of multinational clients across the Middle East and North Africa, as well as regional clients worldwide. In his new role he will head a team of partner-level intellectual property specialists in the UAE. The current UAE country manager, Chad Dowle, will continue to be actively involved in the MENA practice, taking on responsibility for developing the firm’s global marketing, advertising and digital proposition and IP consultancy offering. (TL)

The EUIPO needs you (to nominate for the DesignEuropa Awards) – The EUIPO is currently seeking nominations for the 2018 DesignEuropa Awards. The scheme focuses specifically on the Registered Community Design (RCD), and was established to “honour and celebrate the hundreds of thousands of businesses and individual designers who bring their great designs to market with the protection of the RCD”, as well as raise awareness about the RCD among businesses. The 2018 jury – which has just been unveiled – is chaired by the president of the World Design Organization, Luisa Bocchietto, and includes Grégoire Bisson, director of the Hague Registry, David Stone of Allen & Overy and the president of the Polish Patent Office, Alicia Adamczak. There are three categories (The Industry Award, The Small and Emerging Companies Award and The Lifetime Achievement Award) and nominations are being accepted until May 15. (TL) 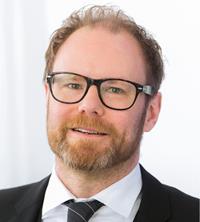