How best to protect unregistered rights in the United States 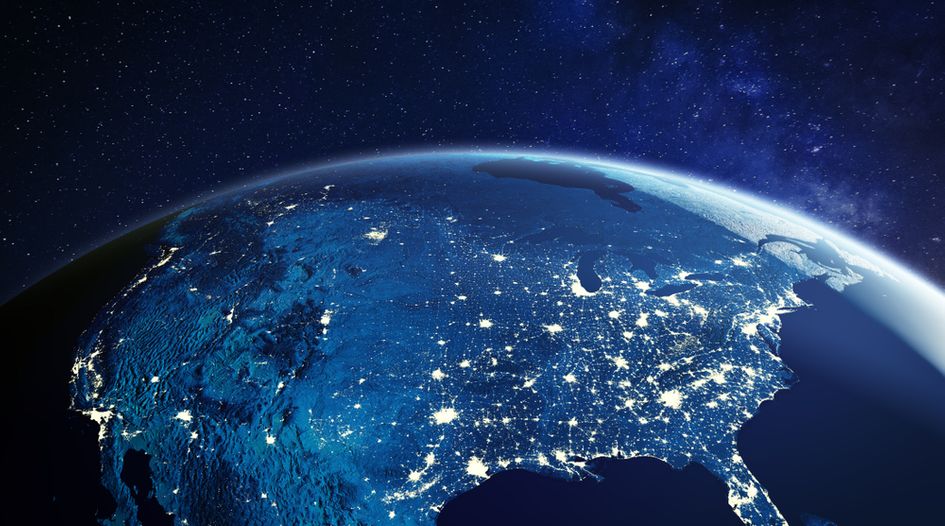 While unregistered rights holders still have various means of enforcing their most valuable IP assets, proving ownership of an unregistered mark via secondary meaning and lack of functionality requires a significant amount of evidence, which can be costly and time-consuming to obtain. Here, experts at Lewis Roca help businesses weigh up their options.

It is a fact that sometimes, for whatever reason, companies do not register their trademarks and other commercial signs. Some just forget. Others lack the capital. There are even some limited circumstances in which pursuing a federal registration is not feasible or advisable, such as truly regional use or to avoid a known conflict. However, while the numerous valuable benefits accompanying a US trademark registration should not be ignored and registration should be sought, a company that has not yet registered its marks/signs still has a number of tools at its disposal to enforce its valuable unregistered IP rights.

Under common law, rather than merely any use, continuous use of a mark to identify the goods or services of one seller and distinguish them from those offered by others establishes ownership of a trademark or trade dress rights. Importantly, once established by a senior user, these common law rights cannot be trumped by the later application or even federal registration of a mark by a junior user.

Turning to enforcement, the US Supreme Court discussed the enforceability of unregistered trademarks in the seminal Matal v Tam (137 S Ct 1744 (2017)). The case addressed Simon Tam’s attempt to register his band name, The Slants, and will be remembered for holding the so-called ‘disparagement clause’ unconstitutional in view of the First Amendment.

In Tam, the Supreme Court reinforced the fact that there are several ways to enforce unregistered marks, the most important of which is via Section 43(a) of the Lanham Act. This creates a federal cause of action for trademark infringement and extends protection to qualifying unregistered trademarks.

Proving scope of use

While common law trademark rights are created by use, it is well established that the scope of protection accorded to a mark is coextensive only with the territory throughout which it is known and from which it has drawn its trade. As such, asserting common law trademark rights under Section 43(a) against the owner of a registered mark requires the plaintiff to establish the right to use its mark by actual use in a given territory, in contrast to the owner of the registration, which automatically enjoys the unlimited right to use the mark nationwide.

For example, a one-location restaurant likely enjoys rights only in the town or city in which it operates and offers its services – or the neighbouring areas, if its reputation and patronage extend that far. Although restaurant patrons could come from far and wide, the restaurant owner would have to prove that its renown reaches beyond its core – and likely local – demographic in order to enforce its rights beyond its actual footprint. As such, while our theoretical restaurant owner should be able to prevent a competitor from opening a restaurant under the same name down the street, it will need to prove that its reputation extends to the neighbouring state in order to enjoin a new user of the same name there.

To prove the type of robust or widespread reputation that would establish rights beyond its area of actual operation, the restaurant owner would need to provide evidence that its mark is known in the area in which it is looking to assert its rights. Such evidence should include noteworthy press, substantial marketing efforts and, perhaps most importantly, proof of significant patronage from the particular area.

In the 21st century, businesses without a website that are either nationally or even globally accessible are few and far between. Thanks to the Internet, even a small, local business can gain repute well beyond its physical location. However, even for an entirely web-based business, the existence of a website or online presence featuring a trademark does not itself confer rights in all of the places that the site can be accessed. Instead, much like the restauranteur, common law rights in a given territory must be proven with evidence that there is actual knowledge of the mark among consumers in that territory. The evidence required can be significant and onerous. What is more, to enforce these rights in the absence of a federal registration, parties must plead and prove that they:

The 2014 case Hanginout Inc v Google Inc (54 F Supp 3d 1109 (SD Cal 2014)) is instructive. Hanginout, a small tech company in the social media communications products space, sued tech giant Google over its HANGOUTS mark. In 2008 Hanginout adopted its HANGINOUT trademark for use on a social media-based platform. It marketed the platform online through various celebrities and professional athletes. By 2011 around 200 consumers had registered to use the Hanginout platform. A few years later, Google launched Hangouts, a social chat product for use on its Google+ platform. Hanginout then brought a trademark infringement claim against Google, asserting its common law rights in its HANGINOUT mark under the Lanham Act.

Although the court agreed that Hanginout was the senior user of the mark, it found that the company was unable to establish sufficient market penetration in the specified geographic area. Hanginout argued that its common law rights extended nationwide because it offered and marketed its computer-based services under the HANGINOUT mark via its website and iTunes application, giving it a national consumer base. The court disagreed, and Hanginout’s failure to present any evidence as to the actual location of its registered users was dispositive.

Although there are various avenues that may evidence use in a given territory, some courts have weighed whether the common law user has established legally sufficient market penetration by examining:

Most large companies have the foresight to obtain a trademark registration for their brand name and many will obtain a trademark registration for a product line.  But a large number of even the most sophisticated entities do not think to try to register a product configuration – that is, how the product looks. Trade dress rights provide protection for a product’s appearance and configuration when those attributes have come to identify its source. Moreover, the range of attributes that such rights cover is extremely broad. Colour, sound and even smell can all be protected as trade dress. However, these rights provide limited remedies for enforcement.

Trade dress considers the product’s appearance or configuration as a whole. Therefore, a smaller sub-set of the presentation may not be protectable as trade dress. The most frequent outcome of trade dress litigation is injunctive relief. In the case of product configurations (ie, the shape or design of the product, rather than its packaging or layout), trade dress is not considered to be inherently distinctive. Thus, it can only be enforced upon a showing of secondary meaning – that is, when the relevant public has come to associate the shape, colour, sound or smell as originating from a single source only (Wal-Mart Stores Inc v Samara Bros, 529 US 205, 215 (2000)) – such as that red-soled shoes are made by only Louboutin or green-gold dry-cleaning press pads are made by only Qualitex. The usual method of proving secondary meaning is through survey evidence and expert testimony, which can be expensive.

In addition, if the trade dress is based on a product's configuration, the owner must also demonstrate that it is not functional. In TrafFix Devices Inc v Mktg Displays Inc (532 US 23, 33 (2001)), the Supreme Court explained that a functional feature is “essential to the use or purpose of the article or if it affects the cost or quality of the article”. This will again likely require expert testimony, which is also costly

Trade dress and trademarks can be subject to powerful remedies. The Trademark Modernisation Act 2020 states that the irreparable harm required as a prerequisite for an injunction is automatically found upon a finding of trademark (or trade dress) infringement because it is difficult to quantify the damage that can be inflicted on a business’s reputation as a result of such infringement. This is in contrast to other forms of intellectual property, where irreparable harm is not presumed. While enforcement of unregistered trade dress can be difficult and expensive, it is also powerful. Trade dress rights are the only substantive way of protecting the look and feel of a product that does not have the protection of a design patent.

In conclusion, there are ways to protect and enforce unregistered trademarks. However, providing the robust evidence required to do so can be difficult and very expensive – and these challenges can serve as a good reminder to pursue registration when possible.