EU image rights: when the product is us

In the absence of a harmonised EU law on image rights, individuals are forced to rely on a combination of copyright and human rights claims to protect their most unique asset online – their own image.

Life on social media – especially during a pandemic – raises all kinds of alternative IP matters relating to people as individuals and their images as products. In fact, the global IP rule of law is adapting to the idea of a ‘product’ as one that encompasses us, our image and any other volatile information that can be shared with an easy click.

Unfortunately, there is no European law on image rights; therefore, the judiciary and IP practitioners must rely on EU directives and national copyright legislation. Yet despite persistent efforts to seek relief under copyright law, image rights are of such great importance to our daily lives that besides being an IP issue, they are also a human rights issue.

The European Court of Human Rights recently acknowledged that: “[A] person’s image constitutes one of the chief attributes of his or her personality, as it reveals the person’s unique characteristics and distinguishes the person from his or her peers. The right to the protection of one’s image is thus one of the essential components of personal development. It mainly presupposes the individual’s right to control the use of that image, including the right to refuse publication thereof.” (von Hannover v Germany (no 2), Grand Chamber, 7 February 2012, Section 96.)

However, there are limitations in place that are designed to strike a balance between personal rights and community rights and liberties – in particular, freedom of expression pursuant to Article 10 of the European Convention on Human Rights. Thus, the convention highlights that: “[F]reedom of expression includes the publication of photos... This is nonetheless an area in which the protection of the rights and reputation of others takes on particular importance, as the photos may contain very personal or even intimate information about an individual or his or her family.” (von Hannover Section 103).

According to researcher Tatiana Synodinou, one of the crucial steps towards establishing stronger protection for personal or private information in the United Kingdom was adapting image rights to the law of torts – in particular, the interpretation and application of the tort of breach of confidence. Instead of introducing a new right or a new tort, the UK courts decided that breach of confidence actions were a suitable mechanism within which to address privacy, in view of its flexible and evolving nature.

In this regard, the Campbell case could be considered a key decision in the judicial evolution. The case focused on a famous model whose private life was torn apart when a tabloid newspaper published photographs of her leaving a Narcotics Anonymous meeting. According to a modern application of the tort of breach of confidence, the case was really about establishing a threshold for information to be classified as ‘private’ – the so-called ‘reasonable expectation of privacy’. In a similar case, the High Court of England and Wales held that the variables to determine what privacy and image rights someone should expect are “the attributes of the claimant, the nature of the activity in which the claimant was engaged, the place at which it was happening, the nature and purpose of the intrusion, the absence of consent and whether it was known or could be inferred, the effect on the claimant and the circumstances in which and the purpose for which the information came into the hands of the publisher” (Murray v Express Newspapers Plc (2008) ECDR, para 36 per Sir Anthony Clarke MR).

Moreover, in Douglas v Hello!, Lord Hoffmann of the High Court of England and Wales observed that: “There is in my opinion no question of creating an ‘image right’ or any other unorthodox form of intellectual property. The information in this case was capable of being protected, not because it concerned the Douglases' image any more than because it concerned their private life, but simply because it was information of commercial value over which the Douglases had sufficient control to enable them to impose an obligation of confidence.” (See: Lord Hoffmann (124) [2007] UKHL 21.)

In addition, the Italian Supreme Court has expressed its own progressive  views on ‘someone’s own image rights’, defining these as a “unilateral transaction” even if previously assigned by a bilateral standardised contract:

The consent to the publication of one's image constitutes a unilateral transaction, having as its object not the very personal and inalienable right to the image, which as such cannot be negotiated, but only the exercise of this right. Although it may occasionally be included in a contract, the consent nevertheless remains distinct and independent from the agreement that contains it. [As a result,] it is always revocable… regardless of the remuneration, which does not authorize a transaction, in view of the nature of an inalienable right and, therefore, not susceptible of evaluation in economic terms. (Cass Civ 1748, 29 January 2016.)

The court went on to state that a previous first-instance decision was incorrect for considering that the disclosure of images of the plaintiff was lawful in view of the consent expressed by the plaintiff in a previous contract, continuing: “it should in fact be noted that – having said consent to the publication of one's image revoked by [the plaintiff] on 13 November 2007 – the authorization contract at issue is to be considered entirely ineffective”.

As a result, regardless of consent, the image was still considered to be an inalienable, precious right over which control could never (and should never) be lost by the owner.

This raises the additional issue of the online republication of images without the owner’s consent where the photographs have previously been published on another website without any restrictions and with the consent of the rights holder. Indeed, as social media relies on the mass sharing of content and photographs, many social media posts consist of someone else’s images.

In 2018 the Court of Justice of the European Union (C-161/17) provided a broad interpretation of ‘republication of images online’, which also applies to image rights.

In this case, the issue of interpretation focused on the concept of ‘communication to the public’ under Article 3(1) of EU Information Society Directive (2001/29/EC) and whether this must be broadly interpreted as covering the posting on one website of a photograph that had previously been published without restriction and with the consent of the copyright holder on another website.

The applicability of the directive on communication to the public seems prima facie obvious. However, according to case law, for the republication of an image to constitute a further act of communication, it must occur in favour of a ‘new public’ and not the public originally considered by the owner's consent.

In fact, if the public viewing the online image is the same as the original ‘authorised’ public for which the author (and image rights holder) granted their consent, then the communication is permitted.

On 26 March 2019 the EU Parliament voted overwhelmingly in favour of the Copyright Directive, which aims to “harmonise further EU law applicable to copyright and related rights in the framework of the internal market… to ensure a well-functioning marketplace for the exploitation of works and other subject matter” (Article 1).

However, surprisingly, when discussing digital matters, image rights do not even fall under the category of ‘other’. Therefore, the EU community must continue to rely on national legislation.

Having missed this opportunity to harmonise image rights, the EU directive seems to be making a statement, intrinsically connecting image rights less to copyright and more to human rights.

This is also true when discussing the undisputed tension between image rights and copyright where courts must decide the prevailing interest on a case-by-case basis.

Entrusted with these kinds of conflicts, the European Court of Human Rights previously ruled in favour of freedom of expression with regard to the satirical painting Apocalypse by Otto Mühl, which depicts various Austrian politicians and public figures, on the grounds that – apart from the pictures of recognisable faces – the artwork was merely abstract.

In particular, the court stated that: “As secured in paragraph 1 of Article 10, [freedom of expression] constitutes one of the essential foundations of a democratic society, indeed one of the basic conditions for its progress and for the self-fulfilment of the individual. Subject to paragraph 2, it is applicable not only to ‘information’ or ‘ideas’ that are favourably received or regarded as inoffensive or as a matter of indifference, but also to those that offend, shock or disturb the State or any section of the population. Such are the demands of that pluralism, tolerance and broadmindedness without which there is no ‘democratic society’.” (Vereinigung Bildender Künstler v Austria, 25 January 2007.)

A few years later, in Reklos and Davourlis v Greece, the same court was called upon to rule on image rights relating to a picture of an infant taken without authorisation at the private clinic where he was born, with the intention of being sold back to his parents. The court had to ascertain whether this violated the protection of the individual’s private life even though the images at issue were never published. The court held that:

[A]ccording to its case-law, ‘private life’ is a broad concept not susceptible to exhaustive definition. The notion encompasses the right to identity (see Wisse v France) and the right to personal development, whether in terms of personality (see Christine Goodwin v the United Kingdom) or of personal autonomy, which is an important principle underlying the interpretation of the Article 8 guarantees (see Evans v the United Kingdom)… Whilst in most cases the right to control such use involves the possibility for an individual to refuse publication of his or her image, it also covers the individual’s right to object to the recording, conservation and reproduction of the image by another person.

Therefore, despite the lack of harmonisation of EU laws on image rights, there is an increasingly high demand for legal frameworks to limit abuse – especially online and on social media – which violates the most vulnerable and unchangeable aspect of ourselves – our image. 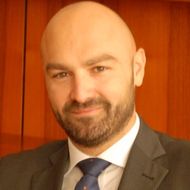 Head of the design law department

Vincenzo Melilli is a European trademark and design attorney who graduated from the Catholic Law School of Milan and obtained an LLM from Fordham University School of Law in New York. Before joining Bugnion SpA, Mr Melilli worked at a New York IP law firm where he specialised in trademark prosecution, infringement, counterfeiting and dilution. A member of the American Bar Association (ABA), the ABA Design Committee and INTA’s Design Committee, Mr Melilli focuses on trademark and design matters. He also lectures on trademark and design law, as well as comparative IP strategies at the Politecnico, POLI.Design and Catholic University of the Sacred Heart in Milan.