In an exclusive guest post for World Trademark Review, the chief executive of IP docketing technology company Alt Legal urges IP offices to work towards, and adopt, universal standards in trademark data and electronics filings. To achieve this, he is calling for the creation of a non-profit organisation tasked with promoting and developing industry best standards in relation to e-filings and trademark databases.

From tomorrow, we begin serialising the results of our second annual IP Office Innovation Ranking, which looks at the non-core tools and services being developed and offered by IP offices. Considering such factors as online filings and social media usage, as well as dispute mediation and brand-based lending, we will highlight the registries leading the way and those falling behind (last year’s ranking was topped by the EU Intellectual Property Office, with New Zealand’s registry also lauded for its digital offering).

A key issue highlighted by our research partner on the project, Alt Legal, relates to the differing data formats and standards offered by national offices. While there are some standardised practices in the trademark world – such as the processing of trademark data in XML – there are no similar best practices relating to e-filings and electronic trademark databases. To that end, Alt Legal’s founder, Nehal Madhani, argues that a lack of open and permanent digital standards in the trademark world is holding back innovation and needs to change. His guest post, published in full below, is convincing in its arguments and bold in its suggested solution. The question now is whether the formation of a standalone non-profit to develop universal standards is viable or too ambitious for often budget-stretched associations, organisations and IP offices.

In the past couple of decades, an increasing number of IP offices have shifted to electronic filings and offered public digital access to the country’s trademark filings. Despite offices’ efforts to implement a modern and technology-driven architecture, our studies over the last several years have shown that progress is far from universal, and electronic accessibility standards for trademark filings remains inconsistent across IP offices.

Even a concept as simple as electronic filings can vary from one office to another. For example, at one technological extreme, some offices have implemented forward-looking open application programming interfaces (APIs) that allow for the programmatic submission of trademark filings. At the other end, some only allow applicants to submit new applications electronically by downloading and emailing PDF forms.

Of course, IP offices face a number of challenges to implementing significant technical improvement. While the most common and obvious is budgetary constraints, offices can also be restricted in implementing new technology because of the need to reconcile hundreds of thousands of paper records with new digital records, which can cause further variance in the implementation of modern technologies. In addition, IP offices do not appear to agree on best practices for implementing electronic filings, digital databases, and open API endpoints for data and filing.

Why this is a problem

Because intellectual property is one of the truly global areas of law, brand owners, trademark practitioners, and vendors can greatly benefit from standardisation of electronic resources. At minimum, even standardised definitions around electronic filings would help brand owners and practitioners better anticipate costs and processes related to filings. Further, universally available electronic filings, content, and databases would improve access to justice for those without the same resources as multinational companies and law firms by making global IP filings accessible.

Today, over 200 state, country, and regional IP offices are responsible for the administration of 30 million active trademark registrations. These same offices process nearly 7 million new applications, and millions of renewals, each year. Notwithstanding the global nature of trademark filings, each IP office naturally operates under its own internal processes, sets and applies its own rules and policies, and works within the constraints of its own resources.

From a legal standpoint, treaties grant interoperability and reciprocity rights. In addition, the World Intellectual Property Organisation through its bodies — namely the Committee on WIPO Standards and the Committee on Global IP Infrastructure — has enacted initiatives to help standardise IP office processes over the years. These initiatives include normalising trademark bibliographic data, creating best practices for the processing and publication of trademark documentation, and facilitating the sharing of trademark data in a consistent format among IP offices. For example, WIPO Standard ST.66 recommends XML (eXtensible Markup Language) resources for filing, processing, publication, and exchange of trademark information. Similarly, WIPO Standard ST.60 is targeted at improving bibliographic content in trademark gazettes and certificates.

Despite significant strides toward implementing a universal standard for the delivery of trademark data, there are virtually no standards for the availability of online resources, UI/UX recommendations, electronic application filings, or API access for the general public. There also appears to be minimal coordination among IP offices to pool resources to cut costs associated with digitising existing records or implementing electronic filings.

The fact that there are hundreds of IP offices operating with their own internal regulations and governing bodies, combined with the sheer scale of trademarks, complicates the implementation of any standards and presents challenges to shared efforts. Despite varying policies, though, each IP office faces a common set of problems and demands from the trademark community relating to the electronic availability of applications and related information.

Over a hundred years ago, the need for unification of IP rights gave rise to organisations that eventually became WIPO. Similarly, there is now a need for a new organisation that narrowly focuses its mission on the promotion and development of technologies and standards that democratise electronic access to trademark filings and related research. There are a number of initiatives that this organisation should undertake to facilitate the creation of a shared platform approach to digitalisation and to establish and implement best practice standards.

First, the organisation would create best practice standards for electronic filings; accessibility of statutes, regulations, and policies; and the online availability of electronic filing records through public portals and open data initiatives via APIs. These standards would reflect the needs and considerations of the broader trademark community of IP offices, brand owners, law firms, industry trade organisations, and IP vendors. Ideally, the organisation’s board would be comprised of diverse individuals from each of these constituent groups.

Lastly and most importantly, the organisation would help reduce the costs associated with digitisation. In this capacity, it would facilitate resource pooling among IP offices to minimise duplication of efforts. It would also implement initiatives to achieve cost-savings and offer support for IP offices with limited resources. For example, one such initiative could draw inspiration from open-source development processes and create a shared programming and design toolkit to streamline software development relating to digitalisation. Many IP offices and their respective engineers could work together to develop a common frontend and backend framework that facilitate the implementation of web applications for electronic filings. The reduction in parallel and duplicate efforts would save engineering time and reduce development costs. The organisation could also undertake efforts to create a turnkey platform that allows under-resourced IP offices to quickly launch electronic filing systems and databases.

Of course, software development is a limited part of the total costs needed to undertake a digitisation effort. One other key cost would certainly relate to infrastructure and web hosting fees. A large global organisation would have more buying power with vendors and service providers, which could lead to substantial cost savings and economies of scale. In addition, such an organisation could form meaningful partnerships with key service providers to reduce costs or even subsidise support (as, for example, companies like Amazon, Google, and Microsoft offer emerging companies subsidies and credits). Indeed, pooling resources can perhaps have the greatest impact towards creating standardised and modernly digitised IP offices.

Ultimately, a global organisation like this would require both substantial planning from all types of stakeholders in the trademark community and the financial resources to support these endeavors. With nearly 200 IP offices distributed globally, this organisation would also require buy-in from organisations like WIPO as well as individual offices to overcome this fragmentation.

Notwithstanding the logistical and financial challenges of launching the organisation, trademark applicants, legal practitioners, and government IP officials alike would clearly benefit from creating a common standard and a shared platform for IP offices to undertake and improve digitisation efforts. Electronic applications and digital databases would have the added benefit of streamlining internal review processes, reducing expenses for clients, and making IP legal services more affordable and thereby increasing access to justice.

These efforts can also lead to further innovation, particularly if raw trademark data becomes regularly available to entrepreneurs and engineers with the knowledge, resources, and motivation to create new tools. This organisation could minimize time and effort dedicated to digitisation efforts.

Ultimately, such an organisation would allow IP offices to focus on their core mission of receiving, reviewing, and recording trademark filings and registrations – and in turn allow trademark practitioners to conduct more effective, efficient work for their clients and brands. 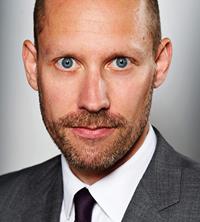