Court allows descriptive use of mark, but under certain conditions 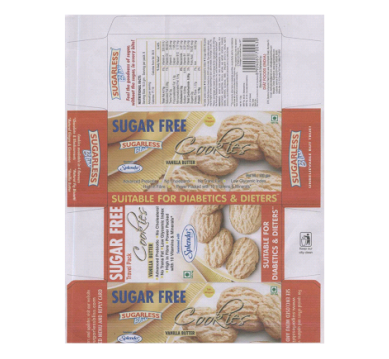 Before the single judge, Cadila contended that the mark SUGAR FREE is suggestive and inherently distinctive of its products. In the alternative, Cadila argued that, even if the mark SUGAR FREE was descriptive, it had acquired a secondary meaning in view of its widespread and long-standing use. On this basis, Cadila claimed that Diat’s use of the phrase ‘sugar free’ on its packaging amounted to passing off, since consumers could be led to believe that Cadila’s product was an ingredient of Diat’s product.
Diat argued that the phrase ‘sugar free’ is generic in nature, and is not capable of being distinctive. According to Diat, even if the term ‘sugar free’ was considered to be descriptive, the mark SUGAR FREE had not acquired a secondary meaning through use. Diat contended that it did not use ‘sugar free’ in the trademark sense, and that the phrase merely described a characteristic of its product.

The single judge refused to grant an interim injunction in favour of Cadila, holding that the term ‘sugar free’ had acquired distinctiveness only with respect to Cadila’s products. According to the single judge, Diat’s use of the phrases ‘Sweetened with Splenda’ and ‘Sugarless bliss’ on its packaging, and its use of the phrase ‘sugar free' only on the front panel, precluded any possibility of consumer confusion. The single judge thus imposed costs of Rs50,000 on Cadila.
On appeal, the division bench agreed with the single judge's conclusion that the use of the phrase ‘sugar free’ in a descriptive sense or otherwise could not be restricted.
The division bench, however, was of the view that use of the term ‘sugar free’ should be such that it does not indicate a connection with Cadila’s product. The court observed that, although Diat uses a rival low-calorie sweetener (Splenda) and claims to have applied for the registration of the trademark SUGARLESS BLISS, the only prominent phrase on its packaging is ‘sugar free’. According to the court, this evidenced Diat’s dishonest commercial intentions. In the court’s view, such use of the phrase was not merely descriptive and was likely to give the impression that there was a connection between Diat’s product and that of Cadila.
The court thus directed Diat to use the expressions ‘sugar free’, ‘sugarless bliss’ and ‘Splenda’ with equal prominence on its packaging. Interestingly, the court stated that this order was justified by the interest of consumers, drawing an analogy with Section 12 of the Trademarks Act 1999. Under this section, the registrar of trademarks can issue similar directions in case of honest and concurrent use of the same trademark by rival traders.
The court also set aside the costs order.
The decision adds to a series of judgments by the Delhi High Court in which the latter has refused to prevent manufacturers from using the phrase 'sugar free' in good faith and in a descriptive way. The focus of these decisions has been to avoid consumer confusion and, consequently, the court issued directions with respect to the prominence of the phrase 'sugar free' on the products at issue.
Aditya Gupta, Anand and Anand, Noida