Common law rights may exist in shape of goods

The dispute arose when the defendant started using this particular bottle shape to sell its vodka under the mark SALUTE. Plaintiff Gorbatschow Wodka KG objected to the use of that shape and filed an action for passing off. It relied on the distinctive shape of its vodka bottle, which is sold under the mark GORBATSCHOW. 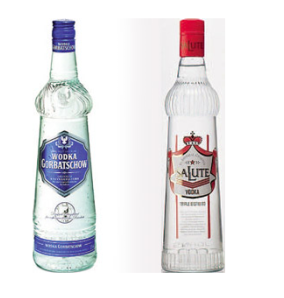 The plaintiff contended that:
In its defence, the defendant stated that:
Further, the defendant argued that there was no likelihood of confusion, as the target consumer was highly educated and discerning. Therefore, the passing off test was different compared to a situation where the product is purchased by a consumer with an average degree of intelligence and imperfect recollection.

The court granted an injunction, relying on the fact that:
The court concluded that the defendant’s bottle was similar to that of the plaintiff and that it would be wrong to consider only the dissimilarities between the bottles. The fact that the defendant had obtained a registration under the Designs Act was irrelevant, as it did not impinge on the right of the plaintiff to file an action for passing off. Further, the court rejected the defendant’s contention that the purchaser of a premium commodity is less likely to be deceived than an unwary consumer of low-priced consumer goods.

This decision is important since it recognises that companies may have rights in the shape of their goods under common law (ie, where the shape is not registered as a trademark). As the judgment refers to both the Trademarks and Designs Acts, it would have been useful if the court had made a distinction between the rights granted to the shape of goods under the Trademarks Act and those granted under the Designs Act - especially in light of the fact that the Designs Act excludes trademarks from the definition of ‘designs’. It is still unclear whether the shape of goods should be registrable as a design or as a trademark. However, rights owners are advised to rely on the Trademarks Act, as it provides perpetual protection - contrary to the Designs Act, which provides protection for a maximum of 15 years. Further, rights in an unregistered design are not recognised in India, while, as illustrated in the present case, an unregistered shape mark may still enjoy common law rights.