A WIPO UDRP panel has rejected CPA Global’s attempt to gain ownership of a domain name being used by a law firm which is preparing a potential class action suit against the patent renewals company. After the panel described the complaint as an ”abuse of the administrative proceeding”, the firm which owns the site welcomed the confirmation that it had a legitimate interest in using CPA’s name as part of online litigation efforts.

The dispute concerned ownership of ‘cpaglobal-litigation.com’, a domain name set up by Kobre & Kim as part of its preparations for a possible class action suit against CPA Global. In September 2017, Kobre & Kim, along with Jersey-based law firm Baker & Partners, announced that it was investigating allegations that the IP management services provider had systematically overcharged clients for patent renewals, potentially to the tune of hundreds of millions of dollars, and would consider suing CPA Global on behalf of the thousands of suspected victims.

Shortly afterwards, CPA Global launched a UDRP complaint, arguing that the website – which gives information about the prospective class action law suit and asks qualifying individuals wishing to join the claim to register their interest – infringes its trademark rights. It argued that the domain was registered in bad faith “for the sole purpose of disrupting the business of a competitor, and to attract, for commercial gain, internet to its website by creating a likelihood of confusion with the trademark”.

Denying the complaint, WIPO found that, although the disputed domain name was confusingly similar to CPA Global’s trademark, Kobre & Kim had not acted in bad faith and had a legitimate interest in using the name to provide information about its litigation efforts. Going further, the panel declared that CPA should have known its complaint was “doomed to fail”, stated that it had been launched in bad faith, “primarily to harass the respondent and disrupt its lawsuit”, and opined that it constituted “an abuse of the administrative proceeding”.

Speaking to World Trademark Review, Michael Ng of Kobre & Kim welcomed the wider implications of the decision, which he argues “sends a clear message that using domain names for litigation in this way is legitimate”. The use of websites in connection with pending proceedings, he stressed, was an important litigation tool, especially in this type of case. “The decision also shows that the tactics used by CPA Global in this instance are something WIPO finds inappropriate,” Ng continued: “Fortunately, as a global firm, we are comfortable defending ourselves in WIPO proceedings, but where there is a disparity of resources, such tactics might otherwise be effective”.

Domain names incorporating other companies’ trademarks have been used on several occasions to promote class action litigation efforts against the brand owners: ‘trumpuniversitylitigation.com’, ‘gmsecuritieslitigation.com’ and ‘uberlawsuit.com’ are all examples. The CPA Global case appears to be the first time such a website has been disputed before WIPO, and although the decision was straightforward, the emphatic way in which the complaint was rejected could serve to embolden others to make use of similar domain names. 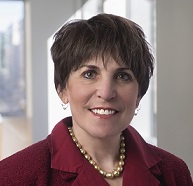