Chelsea still owns José Mourinho trademarks; will Tottenham have to pay to commercialise his name?

It has been less than a day since Premier League football club Tottenham Hotspur appointed José Mourinho as its new manager, and questions have already arisen about a number of trademarks owned by rivals Chelsea. Talking to WTR, one IP expert points to “potential” for issues between the two clubs – with the situation highlighting the risks of giving up personal rights to corporate entities, especially in the unstable world of football management.

Yesterday, north London club Tottenham Hotspur appointed José Mourinho as its new manager following the sacking of long-time boss Mauricio Pochettino. The role will be Mourinho’s fourth stint as a manager in the Premier League, following two spells at London’s Chelsea FC and one at Manchester United.

As one of the most successful managers of the modern era, Mourinho is well-known across the world, and has become a uniquely marketable football figure. For that reason, he is the only current football manager in the Premier League with registered trademarks for his name. However, the marks – registered in various jurisdictions around the world – are currently owned by former club Chelsea FC. Specifically, the club is the owner of JOSE MOURINHO trademarks in the European Union, Malaysia, United States, UK and – via WIPO – Australia, China and Norway, in classes ranging from clothing to videogames.

Back in 2016, when Mourinho was negotiating to become manager of Manchester United, these trademarks (and related image right issues) were a sticking point during discussions. As we reported at the time, the announcement of his appointment was delayed due to Chelsea’s ownership of Mourinho’s rights, with reports that the club was eyeing a multi-million pound settlement fee. As Cerryg Jones, partner at Browne Jacobson, said at the time, the roadblock had significant implications: “It could have a major impact on the club’s [Manchester United’s] commercial activities in respect of any goods or merchandise covered by the Mourinho trademark.”

Fast forward three years later, and question marks still exist over the ownership of Mourinho’s personal name rights. Will Tottenham need to negotiate with its arch-rivals over use of Mourinho’s name? Is Chelsea actively enforcing the Mourinho trademark rights? Will Spurs have to pay to use its new manager’s name on potential merchandise or as part of media deals?

Talking to WTR, Chris McLeod, a partner at Elkington and Fife in London, claims that Chelsea may be slowly giving up the rights. “There seems to be a pattern of allowing the registered trademarks to lapse by not renewing them, which may have formed part of an agreement in 2016,” he says. “Chelsea may also have agreed not to try to enforce the registrations, as this, in conjunction with allowing registrations to lapse, would have made more commercial sense and have been cheaper than Chelsea actively surrendering or otherwise voluntarily cancelling them.”

Nonetheless, while some of the trademarks have lapsed, there are at least 11 active trademarks owned by Chelsea related to Mourinho. With his appointment to a London rival, could they begin enforcing the trademarks? Potentially so, notes McLeod. “There is technically potential here for infringement, but if Chelsea were even to intimate an intention to do so, I think that Spurs would have a basis on which to apply for cancellation of the trademarks on the basis of non-use, assuming a sufficient period of time, usually five years since registration,” he explains. “However, applying to cancel the registrations on the basis of invalidity could be more problematic, at least in the UK, because the relevant sub-section of the Trademarks Act 1994 states that, ‘in consequence of the use made of it by the proprietor or with his consent in relation to the goods or services for which it is registered, it is liable to mislead the public, particularly as to the nature, quality or geographical origin of those goods or services’ – so this option would probably not be open to them.”

For its part, a spokesperson for Chelsea said the club “declined to comment” at the present time. We will update this article if Tottenham responds to our enquiry.

What is clear, then, is confusion around Mourinho’s rights still exists despite the headache this issue caused back in 2016. For McLeod, there is one possible solution: “If I were advising Mourinho or Spurs, I would be suggesting new applications, in his name, with a licence in favour of Spurs for the duration of his employment. Assuming that Chelsea takes no action (which seems the likely outcome), this would go a long way towards preventing this scenario in the future.” 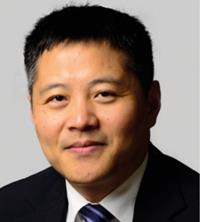