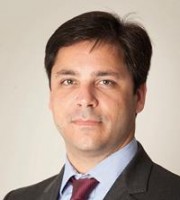 Rafael Lacaz Amaral is a senior partner at Kasznar Leonardos. He litigates IP matters before the state and federal courts, also providing consultation services on licensing agreements, patents, trademarks, copyright and unfair competition and trademark prosecution, as well as arbitration and mediation in the IP field.

Mr Lacaz Amaral is also the coordinator of the firm’s anti-piracy and compliance team, with special focus on the software and entertainment industries (music, video and pictures), helping clients to recover unpaid royalties and to sell licences.

He has been an ABPI board member since 2008 and is a regular guest professor of IP law at the Pontifical Catholic University of Rio de Janeiro and the Getulio Vargas Foundation.

Mr Lacaz Amaral is an arbiter for domain name disputes at the ABPI Arbitration and Mediation Centre and a registered court expert in IP matters with the Rio de Janeiro and Sao Paulo state courts.