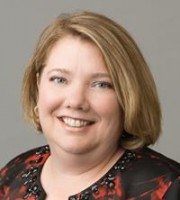 In 2016 Maureen Beacom Gorman, as a member of Marshall Gerstein’s litigation team, forged new law in a recent IP counterfeiting case. After the team had obtained a multimillion-dollar judgment and an injunction against defendants for counterfeiting religious children’s products, two defendants sought discharge of the injunction and financial judgment in bankruptcy court. Finding no published decisions, the team successfully argued that the injunction could not be discharged, analogising IP injunctions to environmental protection injunctions that prevent further pollution. Like such injunctions, the IP injunctions should be excluded from discharge in bankruptcy because they do not constitute debts. The California bankruptcy court agreed with this novel argument and entered summary judgment in favour of the firm’s client, ruling that the injunction entered in the district court would be unaffected by the opposing party’s bankruptcy filing and any resulting discharge.

Ms Gorman has been litigation counsel in numerous Trademark Trial and Appeal Board actions, as well as in cybersquatting, trademark and copyright infringement, counterfeiting and unfair competition actions in various district courts throughout the United States, including New Jersey, Michigan, Washington, New York, Puerto Rico and Illinois. She provides strategies for global brand portfolio management and advises on advertising and marketing legal issues.

From 2000 to 2002 Ms Gorman worked as a trademark examining attorney at the US Patent and Trademark Office (USPTO). After the USPTO, Ms Gorman continued to build her proficiency in the IP field by founding her own trademark and copyright law practice in 2002. Her private practice began in insurance and commercial litigation.

Ms Gorman has been recognised in the WTR 1000 rankings since 2014. She was the exclusive winner of the 2015 and 2017 International Law Office Client Choice Awards Intellectual Property – Trademarks category for Illinois. Additionally, she has been named by her peers among the Leading Lawyers, a division of the Law Bulletin Publishing Company, since 2016.

Ms Gorman earned her JD from John Marshall Law School in 1997 and a BA from Marquette University in 1993.