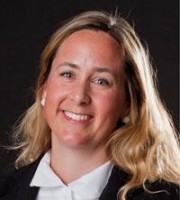 Kristin Kjærheim Astrup joined Zacco Norway in 2012 as a trademark attorney and became team leader of its trademark and legal department in 2013. In August 2017 she became CEO of Zacco’s sister company Zacco Innovation Technology AS, where she is responsible for the development of Zacco’s digital services in Norway, such as software consultancy, cybersecurity, digital brands (domain management) and techlaw. She also has several years’ experience in IP and compliance work. Ms Astrup handles IP infringement disputes and provides advice relating to trademark, media and entertainment and unfair competition law. She also has vast experience in the preparation and negotiation of coexistence, licence and associated agreements, as well as performing due diligence on IP rights in connection with transactions. In addition, she often works closely with clients to draft IP strategies and build new internal communication structures that are necessary to preserve the value of their intellectual property and integrate it into their general business strategies.

Previously, Ms Astrup was an attorney at law at Thommesen, where she worked in the IP department. She also had an outplacement at Dell Norway AS as general legal counsel, assisting the company with contract revision and negotiations, and employment and IP law. She later served as deputy judge at the Oslo District Court between 2008 and 2010, where she administrated civil law court cases in a variety of legal areas.

Together with leading IP firms from 20 other countries, Zacco’s offices in Denmark, Norway and Sweden contributed country chapters and case study strategies to the second edition of the unique and comprehensive treatise Global Patent Litigation: How and Where to Win (Bloomberg BNA, 2016). Ms Astrup co-authored the Norwegian chapter in this book.

Ms Astrup graduated in 2005 from the University of Oslo Faculty of Law, where she had acted as an external examiner, grading marketing law (unfair competition) assignments. She became a member of the Norwegian Bar Association in 2009.