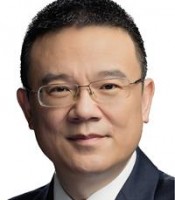 Hui Huang is a partner at Wanhuida Intellectual Property and a member of its management committee. He holds a JD in trademark law from the China Academy of Social Sciences and another from the University of Strasbourg in France. He is a multi-faceted IP counsel with stellar academic credentials on China’s trademark legislation and practice, and a veteran lawyer who represents clients in all levels of the Chinese courts – up to the Supreme People’s Court – in a wide variety of IP litigations, some of which have become landmark cases.

Since joining private practice in 2002, Dr Huang has been prosecuting and litigating IP rights, representing clients in complex matters before the nation’s IP administrative agencies and judiciary, protecting and defending client’s interests and helping to advance China’s legal frontiers.

His expertise has led him to be closely involved in the initial drafting and subsequent amendments to China’s major trademark-related laws, regulations, judicial interpretations, as well as regulatory documents.

Dr Huang is also a prolific writer. Some of his recent publications include Trademark Law (Second Edition), Zheng Chengsi IP Anthology – Trademark & Unfair Competition and Trademark Laws of Twelve Nations. He has translated the legislative part of the Intellectual Property Code of France (second edition). He has authored or co-authored numerous treatises in Chinese, English and French, including “Fourth revision of China’s Trademark Law” (IAM & WTR, China: Managing the IP Lifecycle 2019/2020) and “Tackling OEM infringement in China” (INTA Daily News, 2016).

In 2013 Dr Huang was elected chair of the China Trademark Office Subcommittee of INTA’s Trademark Office Practices Committee for the 2014/15 term. In 2015 he was elected chair of the Special Committee on Piracy and Counterfeiting of the Chinese National Group of the International Association for the Protection of Intellectual Property for the 2015-2016 term.

Dr Huang has been rated as an Outstanding Individual by World Trademark Review 10 years in a row and has been awarded a Managing Intellectual Property IP Star for China since 2015. 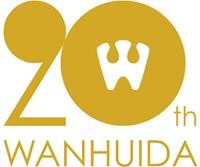