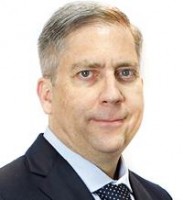 A senior partner and founder of Kasznar Leonardos, Gabriel Francisco Leonardos has over 30 years’ experience in intellectual property. Mr Leonardos is a lecturer and professor of IP courses, and has been recognised by international legal and IP guides as one of Brazil’s leading IP lawyers. He acts in IP litigation before the courts; advises on licensing agreements, patents, trademarks, copyrights and unfair competition; handles trademark prosecution; and manages arbitration and mediation in IP and contract law. He has also authored many academic papers, as well as a book on international taxation of technology transfer.

Mr Leonardos has a law degree (1986) from the prestigious State University of Rio de Janeiro, a post-graduate diploma in German law (1989) from the Ludwig-Maximilian University (Germany) and an LLM in financial law (1996) from the University of Sao Paulo. In 2015 he received the German Cross of Merit (Bundesverdienstkreuz) and in 2018 he obtained an MBA from the Getúlio Vargas Foundation in Rio de Janeiro. He was a guest research fellow at the Max Planck Institute (Germany) in 1988/1989.