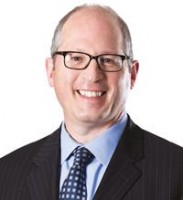 Mr Belt has designed and implemented trademark protection and enforcement strategies for clients in most industry sectors, including business consulting, financial services, life sciences, electronics, communications equipment, computer products and consumer goods. He represented a Sonoma winery that owned a well-known trademark. On summary judgment, the court ruled that the winery’s licensee – an importer of luxury vodka – had breached the licence, the winery had properly terminated the licence and the importer’s continued sale of the vodka infringed the winery’s trademark rights.

In a precedential case, Mr Belt represented a vendor of internet security software that had been sued by an adware company for blocking pop-up ads and adware. A federal court dismissed the claims, holding that his client was immune from civil liability under the Communications Decency Act. The US Court of Appeals for the Ninth Circuit affirmed the district court’s ruling (see Zango Inc v Kaspersky Lab Inc (9th Cir Case 07-35800)). The case set a precedent as the first application of the Communications Decency Act to immunise a vendor of internet security software that is used to screen adware and spyware.

Mr Belt writes and speaks on IP and litigation issues. He is the immediate past president of the Boston Patent Law Association (BPLA) and, on behalf of the BPLA, has authored and submitted numerous amicus briefs to the Federal Circuit and Supreme Court. He also chaired a blue ribbon committee appointed to draft new local rules for patent cases in the District of Massachusetts. He has been named in Chambers USA Leaders in Their Field since 2017 and is listed in The Best Lawyers in America 2014-2019.