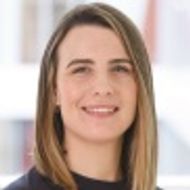 The UK Intellectual Property Office (UKIPO) decision highlights the decisive role played by the notional average consumer and their perception of the marks in the assessment of similarity.

Adele Savage applied to register the word mark PRETTY SAVAGE in the United Kingdom in connection with various soaps, shampoos and bath preparations in Class 3, as well as soap holders and soap dishes in Class 21. Dior opposed the application, relying on its earlier EU designation of International Trademark Registration 1218251 SAUVAGE in Class 3, claiming a likelihood of confusion, unfair advantage or detriment to the reputation and distinctive character of its earlier mark and passing off.

Savage refuted Dior’s assertions in full, claiming that the marks were sufficiently different to avoid confusion or a link between the two, or any misrepresentation being made.

Despite Dior’s submissions that the ‘pretty’ element in Savage’s mark operated as a qualifier and was non-distinctive, and that UK consumers would understand the French word ‘sauvage’ as having the same meaning as ‘savage’, the hearing officer found the marks to have a low-to-medium degree of similarity overall. He also conceded that the first word of Savage’s mark described the second, but found that each element made a roughly equal contribution to the overall impression of the mark as a whole, forming a phrase, with neither word standing out more than the other. Moreover, he was not persuaded that a UK consumer would have sufficient understanding of the French language to reliably translate Dior’s mark into English, finding the conceptual similarity between the marks to be low.

Taking these factors into account, alongside the medium/average level of attention of the average consumer (although higher for perfumery products), the nature of the purchasing process and the inherent distinctive character of Dior’s mark (including a degree of enhanced distinctiveness), the hearing officer found the differences between the marks (namely, two English words versus a single non-English word; the additional elements (ie, ‘pretty’); and the additional letter ‘U’ in Dior’s mark) to be such that, despite the identity and similarity of the goods in Class 3, there was no likelihood that the average consumer would mistake one mark for another, nor was there likely to be any indirect confusion. Dior’s opposition under Section 5(2)(b) therefore failed.

Dior successfully adduced evidence to support its claim to a reputation, at least in respect of men’s fragrance products. While this reputation was not directly attributable to Savage’s goods, there could a measure of spillover reputation for perfumed toiletry products.

Nevertheless, the hearing officer did not consider the overall impression of the marks to be sufficiently similar that on encountering PRETTY SAVAGE in relation to the applied-for goods Dior’s mark would be called to mind, even fleetingly.

The absence of the necessary link meant that the applied-for mark gave rise to no serious likelihood of any of the claimed damage or detriment, and the Section 5(3) claim failed.

The evidence adduced by Dior was found to establish actionable goodwill (at least) in relation to fragrances, perfumes, eau de toilette, body spray, aftershave lotion, aftershave balm, shower gel and deodorants. However, in order to establish passing off, it must be found that the public would be deceived. Again, the hearing officer did not consider the marks to be sufficiently similar in this respect.

Dior’s opposition therefore failed on all counts and the UKIPO has accepted the mark for registration. Dior has the opportunity to appeal. However, any appeal would be limited to the hearing officer’s decision on the grounds of a distinct and material error of principle in the first instance, or that the hearing officer was clearly wrong. It does not give Dior the opportunity to have its case re-heard.

The case highlights the important role played by the notional average consumer in registry proceedings and the role that evidence of consumer perception can play in supporting written assertions as to the consumer’s perception of the similarity of marks and goods, particularly in cases where the goods in question are complementary.