By Anette Rasmussen and Mette Parlev

The most relevant legislation relating to trademarks is the Trademark Act (LBK 88, 29 January 2019), implementing the EU Trademarks Directive (2015/2436). The Trademark Act regulates registration, administrative opposition, cancellation and invalidation proceedings, which are handled by the Danish Patent and Trademark Office. Decisions issued by the office can be appealed to the Board of Appeal for Patents and Trademarks. Board of Appeal decisions can be appealed to the Maritime and Commercial Court in Copenhagen.

In cases where Board of Appeal decisions are brought before the Maritime and Commercial Court, the formal counterparty in the proceedings will be the Board of Appeal, represented by the legal adviser to the Danish government. In opposition matters, the original applicant or opponent, as the case may be, will therefore not be a party to the court proceedings but can formally intervene in the case instead.

Cancellation and invalidation claims can also be brought directly before the regular courts by the plaintiff. In such matters, the court procedure is governed by the Administration of Justice Act (LBK 1445, 9 September 2020). For EU trademarks, the sole jurisdiction lies with the Maritime and Commercial Court in Copenhagen. The regular courts have sole jurisdiction over infringement claims, injunctions and claims for damages, and therefore no administrative dispute resolution alternative exists for these matters.

Danish courts encourage litigating parties to consider court mediation with the aim of reaching an amicable settlement. However, it is up to the parties if they want to make use of it. Both parties must agree on court mediation in order for it to take place. Court mediation is not often used in trademark cases.

If the parties agree to court mediation, a trained judge or mediator will be appointed as mediator. The parties are free to bring their attorneys, but as mediation is a process between the parties, a representative of each party must be present during the mediation. The judge or mediator will guide and instruct the negotiations between the parties, with the aim of reaching an amicable settlement. If the court mediation proves unsuccessful, the matter will proceed to a regular court trial.

In Denmark, arbitration is available as an alternative to the regular courts in trademark disputes. However, in practice, arbitration is seldom used in such matters. One reason for this is that the legal costs for regular court proceedings are relatively low in Denmark and the process is usually efficient and straightforward.

Another reason is that an arbitral award will only be valid inter partes. Arbitration may therefore be used in infringement cases, but it is highly unlikely that the Patent and Trademark Office will consider itself bound by an arbitration decision concerning the validity of a registration, making arbitration a less attractive option in such matters.

A third reason is that both parties should agree to use arbitration proceedings, and such an understanding will often prove difficult to achieve once the conflict is a fact.

Civil cases are heard by one legal judge, but expert (technical) judges (usually members of a relevant industry or experts in a technical field) may be appointed on the parties’ request, which is quite common.

The court proceedings include a written preparation stage, initiated by filing a writ of summons. The court grants the defendant three to four weeks to file a defence plea. The court will call the parties to a preparatory meeting conducted by telephone after receiving these first pleadings. The aim of this preparatory meeting is to map out the remainder of the preparation stage and schedule dates for the oral hearing.

In most trademark matters, one or two seven-hour days are scheduled for the oral hearing, but in cases involving extensive evidence examination – often in cases regarding use-acquired rights – the hearing may take longer.

After the preparatory meeting the parties are free to file several additional pleadings and evidence if necessary.

Once the oral hearing has been scheduled, the court will also set a deadline by when the preparation of the case must be closed and no new evidence or pleadings can be made. Often, the final deadline for submitting pleadings and evidence will expire four weeks ahead of the oral hearing. A final statement of claims which comprises a summary of the arguments is usually due two weeks prior to the oral hearing.

The court’s verdict is often issued four weeks after the oral hearing. On average, trademark litigation proceedings before the Maritime and Commercial Court take approximately 12 to 17 months; however, there has been a delay during the covid-19 pandemic.

While the legal framework should allow for effective enforcement in relation to compensation and damages, the amounts awarded by Danish courts in trademark infringement matters are quite moderate. No punitive damages are awarded. In accordance with the general legal principles for damages in Denmark, it is possible to seek compensation only for actual economic loss and the loss must be documented or at least proven on a balance of probabilities.

Where the infringer has acted in bad faith, the courts can, on request, also issue a fine. Fines will be paid directly to the Danish state and not to the trademark owner, which is why this option is rarely used.

Danish courts grant the winning party procedural costs; however, it is important to highlight that it is not the actual legal costs which are granted. Costs are granted following a more or less fixed schedule made by the courts based on the value of the case. Such costs are significantly lower than the actual costs held by the winning party. In Denmark this is a huge risk on the trademark owner, who will, on average, suffer a financial loss despite winning the case.

Injunctions are often an efficient tool in trademark infringement matters in Denmark. Under the Administration of Justice Act, the courts are entitled to prohibit an infringer (or an accessory) from committing actual or threatening infringements.

Preliminary injunctions are available in matters where the rights holder proves or, as a minimum, can render probable that:

On receipt of a request for preliminary injunction, the Maritime and Commercial Court will summon the defendant and schedule an oral hearing as soon as possible (usually within a few months).

Regarding the preliminary injunction, the courts will often place a condition on the plaintiff to arrange for a security deposit to cover any injury or inconvenience inflicted on the defendant as a result of a potentially incorrect injunction, if such injunction should be proven wrong in the regular lawsuit.

The Trademark Act also warrants penal sanctions to be taken either under civil action or in aggravating circumstances in penal cases.

A special unit under the Prosecution Service Office has been established to ensure a better penal prosecution for trademarks infringement in the penal system. Trademark owners are still reluctant to use this system, as it remains slow and ineffective.

In any civil case before the Danish courts the burden of proof rests with the parties to prove the facts and circumstances on which they base their claims. Hence, the responsibility of submitting relevant evidence and informing the court of any witnesses and their testimonies rests with the parties during the preparation stage of the proceedings.

In an important exception to this principle, the onus of proof is reversed in cancellations based on alleged insufficient trademark use. In these matters, the owner of the challenged mark must prove that there has been genuine and actual use of the trademark in Denmark during the past five years. Each party can request exclusion of evidence that is deemed to be irrelevant or too comprehensive in proportionality to the case, among other things.

Although there is no discovery process in Denmark, each party (or the court on its own initiative) may request access to relevant documents, files or objects that it believes the other party (or a third party) is in possession of.

Surveys are admissible under Danish procedural legislation, and consumer surveys are often submitted in matters concerning:

The relevance and weight of these surveys depends largely on the statistical method employed. It is not unusual for the parties to spend some time arguing this issue before the court.

The parties may appoint expert witnesses to testify on specific non-legal issues or fields that require expert knowledge (eg, the statistical and empirical method employed in a consumer survey).

The most commonly used method in Denmark is that the court appoints an expert to prepare an expert opinion after receiving evidence and questions from the parties.

As for declarations one-sidedly collected by one of the parties, the courts will usually allow them if they are collected prior to the filing of the plea. The value of the declarations is often questionable.

In addition to the argument that the marks in question are not confusingly similar, there are other defences available against an infringement claim. For example, a trademark owner is not entitled to prohibit third parties from using:

In addition, if the trademarks on which the action is based are created by use, one possible defence is to question such use and whether it meets the criteria for establishing a trademark through use. Further, the defendant may file a counterclaim for invalidation or cancellation of the plaintiff’s trademark. A trademark becomes vulnerable to cancellation on the basis of non-use five years after the mark is published in the national Trademark Gazette (or five years from the date on which the mark is upheld after an opposition procedure).

Passivity or acquiescence is another available defence in trademark infringement matters. While there is no set minimum period in Danish trademark legislation, the regular principles of passivity apply, implying that a successful defence may be put up against an infringement claim if the plaintiff has knowingly tolerated the trademark use for a long period.

In cases where the plaintiff’s plea includes a prohibition plea, a defence will often state that the prohibition plea is not narrowly enough described to lead to a judgment.

Judgments from the Maritime and Commercial Court can be appealed to the High Court (and in rare cases, directly to the Supreme Court).

For all practical purposes, the appeal will follow the same procedural rules in the High Court as in the first instance. In the High Court the case will be heard by a panel of three legal judges (with the addition of one or two expert judges in certain cases). The parties may introduce certain related claims or new evidence before the High Court. 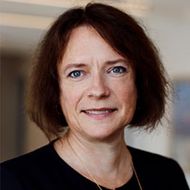 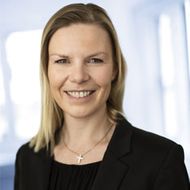