Dealing with compulsory licensing in India

What is a compulsory licence?

A compulsory licence is a licence or authorisation issued by the government to an applicant for making, using and selling a patented product or employing a patented process without the consent of the patentee. Chapter XVI of the Indian Patents Act 1970 and the Agreement on Trade-Related Aspects of Intellectual Property Rights discuss compulsory licensing.

Who can apply for a compulsory licence?

According to Section 84 of the Patents Act, any person interested (regardless of whether they hold a licence for the patent or any other patent) may make an application to the controller for grant of a compulsory licence on expiry of three years from the date of the grant of the patent, when any of the following conditions are fulfilled:

An interested party may file the application for a compulsory licence online or on paper via Form 17, along with a prescribed fee, with the Indian patent office. Form 17 should be accompanied with a statement setting out the nature of the applicant’s interest, together with the facts and particulars on which the application is based.

On filing the application for grant of a compulsory licence along with the relevant facts and evidence, the controller will analyse the prima facie case made by the applicant against the patentee. After considering such factors as the nature of the invention, the applicant’s ability to work the invention and whether the applicant has made efforts to obtain a licence from the patentee on reasonable terms and, if such efforts have not been successful within a reasonable period (ie, six months from the date of application), the controller will decide whether to grant or reject the compulsory licence.

The controller will also clarify the provisions applicable for exporting and importing the patented article, non-exclusivity and non-assignability of the licence, among other things.

The government may, if it is necessary to do so in the public interest, direct the controller at any time to authorise any licensee in respect of a patent to import the patented article or an article or substance made by a patented process from abroad. Such authorisation is subject to conditions, including details of royalties and other remuneration, the quantum of import, sale price of the imported article and import period, among other things.

Opposition to the grant of a compulsory licence

When the controller is satisfied, on consideration of an application under Section 84, that a prima facie case has been made out for the making of an order, the applicant will be directed to serve copies of the application to the patentee and any other person appearing from the register (eg, a licensee mentioned in the register). The application made by the applicant is thereafter published in the Official Journal.

The patentee or any other person desiring to oppose the application for the grant of a compulsory licence may, within the prescribed time (two months from the date of publishing the application in the Official Journal), file a notice of opposition via Form 14, along with the prescribed fee. The opposition statement should contain statements pertaining to the grounds on which the grant of the compulsory licence is opposed. When such a notice is served, the controller will notify the applicant and give both the applicant and opponent an opportunity to be heard before deciding the case.

Such an order to grant the licence for the other related invention will be made if the controller is satisfied that:

On receiving an application in the prescribed manner, the controller will grant a compulsory licence solely for manufacture and export of the concerned pharmaceutical product to such country under the terms and conditions as may be specified and published.

Thereafter, the controller will appoint a hearing for analysing the facts and issuing a verdict. If the controller decides to terminate the compulsory licence, an order setting out terms and conditions (if any) of such termination will be served to both the parties.

India’s first ever compulsory licence was granted by the Patent Office on 9 March 2012 to Hyderabad-based Natco Pharma for the production of a generic version of Bayer’s Nexavar, an anti-cancer agent used in the treatment of liver and kidney cancer. It was established in Bayer v Natco that only 2% of the cancer patient population had easy access to the drug and that the drug was being sold by Bayer at the exorbitant price of Rs280,000 for a month’s treatment. Further, on the grounds that Nexavar was being imported within India, the Patent Office issued a compulsory licence to Natco Pharma, which assured that the tablets would be sold for Rs8,880 per month. It was settled that 6% of the net selling price of the drug would be paid to Bayer by Natco Pharma as royalties.

In the most recent case of compulsory licensing in India, Lee Pharma, a Hyderabad-based Indian pharma company, filed an application for a compulsory licence (29 June 2015) for the patent covering AstraZeneca’s diabetes management drug Saxagliptin. In order to make a prima facie case, Lee Pharma declared that request for a licence with the patent owner was not responded to within a reasonable period. The grounds alleged by Lee Pharma were that:

However, all three grounds as well as the compulsory application were rejected. The application was rejected on the basis that Lee Pharma failed to demonstrate the reasonable requirement of the public and further failed to demonstrate the comparative requirement of Saxagliptin in relation to other drugs in the market. Further, the controller held that all the related drugs available in the market were in the same price range and the allegation that Saxagliptin alone was being sold at an unaffordable price was not justified. The controller also stated that Lee Pharma failed to demonstrate the exact number of patients that were unable to obtain the drug due to its non-availability. 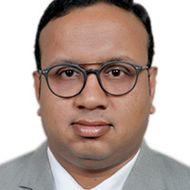