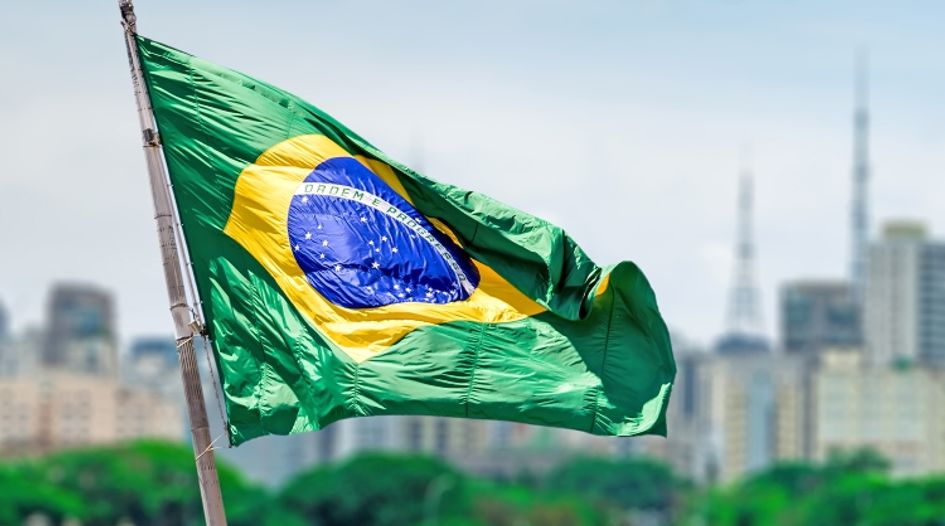 In a special two-part edition of our series on physical marketplaces around the world that reportedly engage in the trade of counterfeit goods, we head to Brazil. Spanning the 14 states of the largest country in Latin America, brand protection experts reveal markets that brand owners should have on their enforcement radars.

The issue of counterfeit goods has been an increasing problem in Brazil for a number of years. According to a recent WTR magazine article, “thousands of factories in Brazil have dedicated themselves to producing counterfeits” in the past decade. The reasons for this include an ongoing economic crisis and political developments that disrupted the country’s international business chain. For that reason, domestically made fakes are available across the country.

With its population of 209 million, the world’s fifth most populous country is a “goldmine” for counterfeiters. In fact, it is estimated that 73% of Brazilians have purchased a fake good in the past 12 months. On top of that, the country shares a border with 10 other countries in South America, including Argentina, Bolivia, Colombia, Guyana, Paraguay, Peru, Uruguay and Venezuela. That means fakes are entering these countries from Brazil, as well as counterfeit goods entering Brazil from some of the border countries. Much of this trade is also linked with other organised crime, such as drugs and weapons trafficking.

For that reason, then, we reached out to attorney-at-law Camila Bouza and legal intern Dimitri Cardoso from Licks Attorneys to reveal some of the areas across Brazil that are particularly problematic in terms of counterfeit trading. As well as that, they outline exactly what brand owners should know to tackle fakes across the country.

In a nutshell, what should a rights holder know about enforcing against counterfeit goods in Brazil?

As a first to file jurisdiction, the protection of a trademark in Brazil operates through registration with the INPI (BRPTO). Since 2013, trademarks in Brazil can be filed electronically, and they guarantee the right of exclusive use in national territory for 10 years, extendable indefinitely. It is noteworthy that, being a signatory to the Paris Union Convention, Brazil guarantees special protection to internationally known trademarks, committing itself not to register a visual signal that constitutes their usurpation.

In the criminal field, with the suspected violation of trademark rights, a proprietor may file a crime report with the Civil Police Station specialised in the repression of crimes against intangible property (DRCPIM) of the city where a crime is being committed. When doing that, it is extremely important that in the presentation of the crime report, an example of the counterfeit goods is delivered for the sheriff to determine the making of a preliminary investigation. If the expert attests to falsehood, the sheriff may – regardless of court order – search and seize counterfeit goods and identify those responsible for the place where the goods were found.

Once an additional expert report has been falsified and the criminal identified, the trademark owner may, within a period of 6 months, file a private criminal action with the Special Criminal Court. In addition to loss and damage, the offender may be sentenced 3 months to 1 year in prison.

In the civil sphere, on the other hand, the trademark owner who has been violated may file a trademark infringement action against the infringer, seeking in an preliminary manner, the termination of the injury and, on merit, compensation for moral and material damages suffered.

Does landlord liability exist in Brazil?

Despite not having any specific law defining landlord liability for selling counterfeit goods on premises, recent judgments in the Brazilian Courts have come to understand that the owners are liable to pay compensation for moral damages to the trademark owner, as well as the obligation to stop the illegal activity in its establishment.

This comprehension is based on an interpretation of the Civil Code that the trademark proprietor is injured by the landlord in his duty of supervision. There is also an article of the Civil Code, used to enforce landlord liability, which claims that the liability for damages caused by products put into circulation is independent of the fault of the business owner.

In view of this, the decision of the courts has been to order the landlord to pay compensation for moral damages to the proprietor of the trademark, as well as to cease illegal activity in the property. However, contrary to the courts' current understanding of the liability of property owners, digital marketplaces in Brazil (eg, Amazon, Mercado Livre, Americanas.com) have not been held civilly liable for the sale of counterfeit material. The Superior Court of Justice, in a recent judgment, held that, "it is not possible to impose on the intermediation sites of sale and purchase the prior inspection on the origin of all products".

Finally, it is important to emphasise that there are sparse state court decisions indicating that a marketplace is responsible for material damage caused by the sale of counterfeit goods, such as the recent decision from the Brasilia Court of Justice. In that decision, the website 'Enjoei' was ordered to reimburse a user who bought a fake Chanel purse sold as original by a registered seller.

Counterfeit hotspots you should know in Brazil:

Location: Situated in the south zone of Manaus, the capital city of the Brazilian state Amazonas, the centre of Manaus is a mix of classical constructions which were built when the city was in the peak of the rubber extraction period, and the street commerce, which involves the selling of typical food, handcrafts and… counterfeit goods. Some of the main commercial streets in the neighborhood are Eduardo Ribeiro Avenue, 7 de Setembro Avenue and Marechal Deodoro street (map link).

Counterfeits known to be sold there: The counterfeit commerce in this area is based on fashion fakes, which includes bags, shoes, glasses and t-shirts. 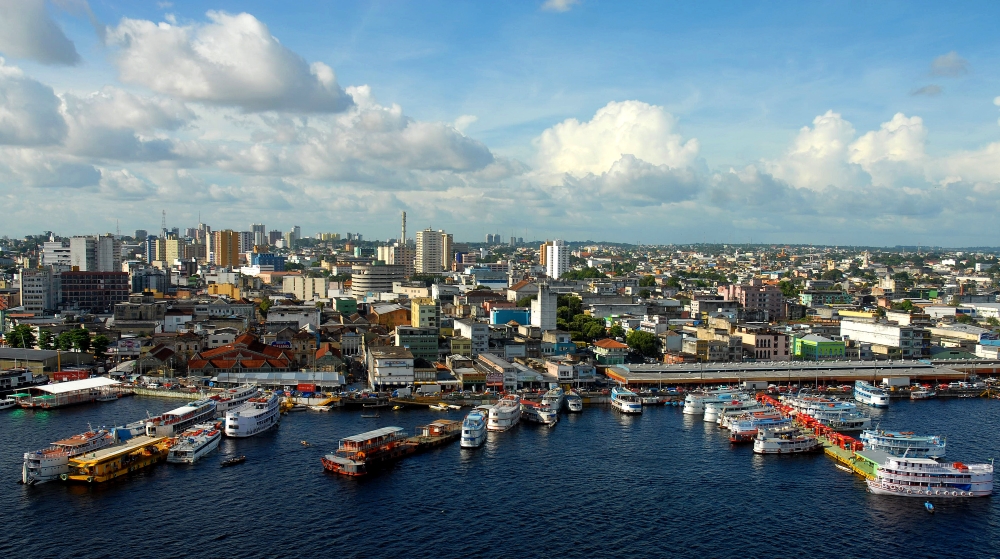 Manaus is the capital city of the Brazilian state Amazonas

Location: The Campina District is the major commercial center of the city of Belém, capital of the Brazilian state Pará. Its streets and avenues are full of shopping malls and street vendor stalls, with special emphasis on Rua João Alfredo, where the trade in counterfeit goods is blatantly practiced (map link).

Counterfeits known to be sold there: Clothes, bags, watches, eyewear, cosmetics and multimedia.

Location: Traditional in the city of Fortaleza, capital of the state Ceará, the Parangaba Fair takes place every Sunday on the shores of the homonymous lagoon. There are several street vendor stalls selling counterfeit goods (map link).

Counterfeits known to be sold there: Clothes, watches, footwear and multimedia. 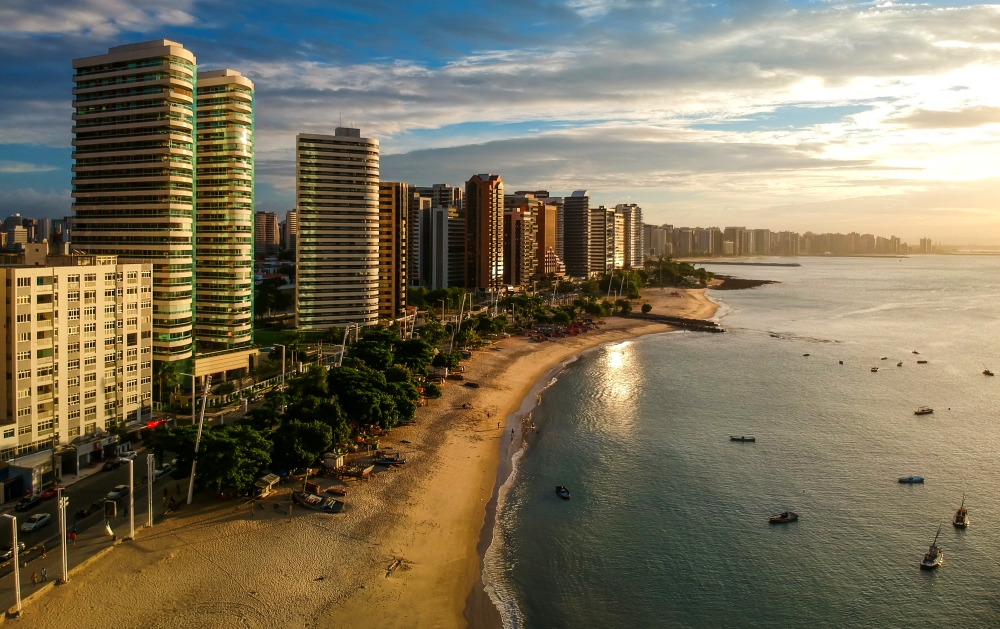 Fortaleza is the 12th richest city in Brazil by GDP

Location: Located in the centre of Fortaleza, General Sampaio Street is the main trade route of the region, which also has other retail streets. Along the road there are several shops and street vendors (map link).

Counterfeits known to be sold there: Clothing, bags, footwear, sporting goods and toys.

Location: Main shopping district of the city Natal, capital of the state Rio Grande do Norte, Alecrim had its streets full of popular sotres and street vendors, where counterfeit goods can be easily purchased (map link). 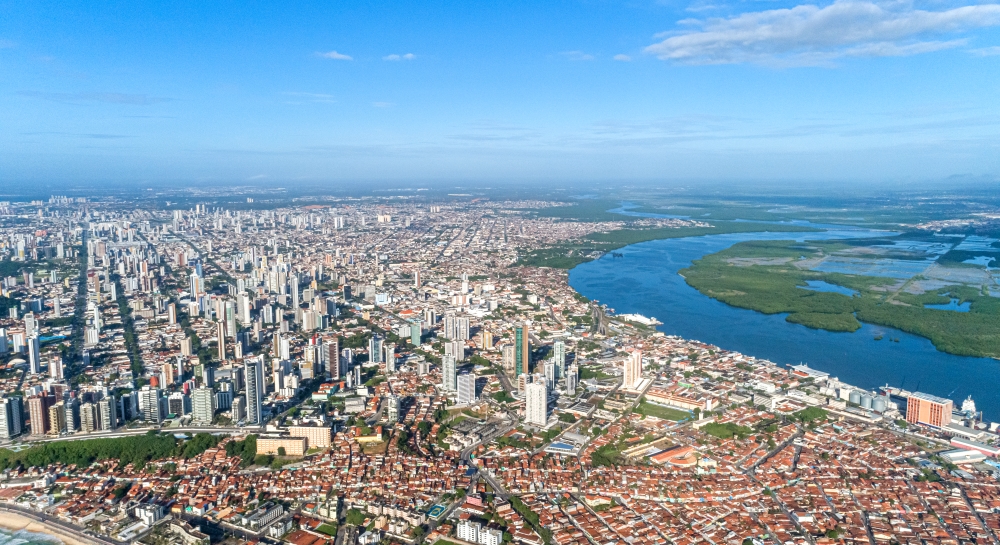 Location: Barroquinha district is located in the old center of Salvador, capital of the Brazilian state of Bahia. Known for its sights, the region is full of small shops and street vendors, many of which sell counterfeit goods (map link).

Counterfeits known to be sold there: Clothes, bags, shoes and caps.

Location: Located in the São José neighborhood, Rua das Calçada is an important commercial area of Recife, capital of the state of Pernambuco. Along the road there are several shops and street vendors where counterfeit goods are often sold (map link).

Counterfeits known to be sold there: Clothes, watches, bags, shoes and sportwear. 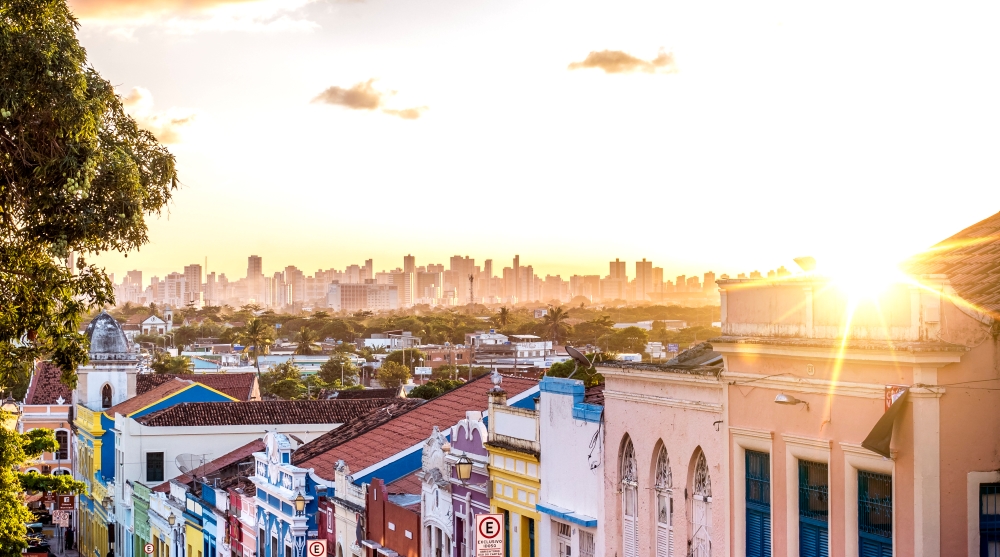 Recife is the fourth largest urban area in Brazil, with a population of just over 4 million

Location: Located in the Pernambuco Agreste Region, the municipality of Caruaru is a major center for the production and sale of counterfeit goods. The city, known as the “capital of forró”, a typical Brazilian dance, has a “Polo de Confecções” and a “Fábrica da Moda”, where counterfeit clothing items are produced, as well as famous fairs of handcrafts and footwear. where such products are sold (map link).

Part two of this article, which can be read here, features counterfeit hotspots from central and southern Brazil.