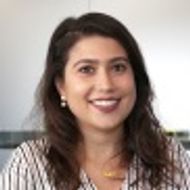 Until mid-2020 there were no regulations drafted on the implementation of the Sierra Leone Trademarks Act 2014, nor was the date of its entry into force defined in the act that was published in the Sierra Leone Gazette (vol CXLV 53 (9 October 2014)).

Although the Office of the Administrator and Registrar General (ie, the Sierra Leone Registry) informally announced in September 2018 that the new act is in effect and being enforced by the registry, no official notification has been issued thus far.

Article 60(1) of the act repeals the earlier Trademarks Act (17 Cap 244 1960). Further, Article 60(2) determines that any regulation made under the repealed act and in force immediately before the commencement of the 2014 act will continue to be in force until amended or revoked.

Therefore, it is uncertain as to whether formal legal processes have been followed to replace the 1960 act, amended by Act 29/1972, which was based on the UK Trademarks Act 1960. The previous act was drafted when the country was still a British colony (it became independent in 1961). Thus, the UK classification system (ie, pre-1938 system with 50 classes of goods and no recognition of services) applied. In addition, the former act did not protect collective or well-known marks or refer to the claim of priority rights under the Paris Convention.

The main changes in terms of the 2014 Trademarks Act include:

The changes update the legislation in line with common aspects of other countries’ trademark systems. Given the insecurity surrounding the application of this new legislation, regulation of – or at least the issuance of an official statement by the registry on – this act is urgent. This is mainly for essential issues such as the protection of service marks, collective and well-known marks, and trademark renewals.