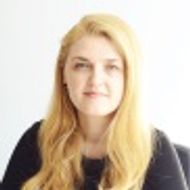 Charité – Universitätsmedizin Berlin is one of the oldest and largest university hospitals in Europe and indeed the world. It was established north of the Berlin city walls in 1710 in anticipation of an outbreak of the bubonic plague that had already depopulated East Prussia. After this, it was used as a charity hospital for the poor, and was named Charité in 1727 by Frederick William I of Prussia. It is a leader in the field of medical services, both in terms of services provided to patients and through its medical research and scientific investigations. It was also the subject of a Netflix series in 2017.

Charité – Universitätsmedizin Berlin based its opposition on its earlier EU trademark CHARITE (012817045), which was filed on 24 April 2014 and registered on 3 September 2014 for services including those in Class 44.

In support of its opposition, the hospital also filed proof of use of its earlier-invoked EU trademark, following a request filed with OSIM by the applicant.

On examination, OSIM found the signs to be highly similar, especially due to the identical dominant element of both signs –  namely, the verbal element CHARITE. Moreover, OSIM considered the other verbal element of the applied-for sign – CLINIQUE – as being generic with respect to services in Class 44; therefore, it could not be considered for the comparison of the signs, nor could the graphical elements of the application.

The Romanian office also held that, through the use of such identical signs, the average consumer might think that there was an economic link between the hospital and the applicant, even though this is not the case. What is more, the average consumer might consider that the applied-for sign was a variation of the previous registered trademark, which is also not the case.

OSIM held that the high degree of similarity between the signs and the services could create a likelihood of confusion, including of association, which could induce the average consumer – deemed to be reasonably well informed and reasonably observant and circumspect – to believe that the services have the same origin and thus come from the same trademark owner, which is not the case.

Therefore, OSIM refused registration of the Romanian figurative trademark application for CHARITÉ CLINIQUE for all the requested services in Class 44.