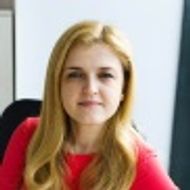 The amendments have introduced many changes to the Romanian trademark system, from eliminating the requirement for graphical representation in a trademark application to significantly altering the opposition procedure to the possibility of filing invalidity and revocation actions directly before the Romanian State Office for Inventions and Trademarks (OSIM).

According to Law 112/2020, an opposition can be filed against the registration of a Romanian trademark application after OSIM has handed down its decision on the absolute grounds concerning the application. This decision will be made within six months from first publication of the trademark application, which is made by OSIM electronically, within seven days from the application date, if the application fulfils the legal requirements. This decision will then be published in the Official Bulletin for Industrial Property. An opposition can then be filed within a term of two months. However, the amendments have also brought in a cooling-off period, during which parties can reach an amiable agreement in relation to an opposition.

Further, invalidity and revocation actions can now be filed directly before the Bucharest Tribunal or OSIM. However, the provisions regarding revocation or invalidity actions to be filed with OSIM are scheduled to enter into force on 14 January 2023, to allow the office to prepare for their application.

A new interesting provision has been established with regard to bad-faith applications made by the representative of an applicant.

Additional changes have been made, among others, to the relative and absolute grounds, to the payment terms of official fees (eg, some terms are shorter than before the entrance into force of these changes, so applicants should pay careful attention) and to terms surrounding communication of OSIM’s decisions, which are now calculated from the date that a decision has been made. This is a welcome change, considering that, in some cases, communication terms were long and lacked provision.

The changes brought in by Law 112/2020 are extensive and will significantly alter the Romanian trademark system. So far, fortunately, OSIM has issued several instructions in order to ease the implementation of some of these provisions.