Canada: The importance of registration

Bereskin & Parr LLPWhile rights in trademarks and other commercial signs can exist irrespective of registration, registration has many important advantages

Trademark registration is not required for rights in trademarks, trade dress, trade names and other commercial signs in Canada. However, the geographic scope and enforcement mechanisms for such unregistered marks and signs are limited when compared to the national protection and statutory enforcement mechanisms available to trademarks registered with the Canadian Intellectual Property Office.

Amendments to the Trademarks Act (RSC 1985 c T-13) set out in Bill C-31 remove trade dress; but broaden the scope of what can function as a trademark to include: “a word, a personal name, a design, a letter, a numeral, a colour, a figurative element, a three-dimensional shape, a hologram, a moving image, a mode of packaging goods, a sound, a scent, a taste, a texture and the positioning of a sign.”

Other commercial signs, such as trade names or business names, can function as a trademark when they are used to distinguish the source of goods and services.

In Canada, common law trademark rights arise through use and the creation of a reputation for that mark, and are protected through the provinces’ powers over property and civil rights under Sections 92(13) and (16) of the Constitution Act 1867 ((UK), 30 & 31 Vict, c3). Unlike registered trademarks, which receive protection throughout Canada, protection for unregistered trademarks is usually limited to the geographical area in which the mark’s distinctiveness can be proven. As such, unrelated entities may have rights in the same unregistered trademark, for the same or similar goods or services, in different geographical areas of Canada.

Certain types of mark – including official marks – are granted broad protection under Section 9 of the Trademarks Act. ‘Official marks’ – trademarks adopted and used by public authorities under significant government control in Canada – are treated as ordinary common law trademarks unless published in the Trademarks Journal as an official mark. Section 9(1) prohibits anyone in connection with a business from adopting as a trademark, or otherwise, any name that consists of, or so nearly resembles as to be likely to be mistaken for, the official mark after it has been advertised as such. The test is not one of confusion, but rather of resemblance, so use in different channels of trade or with different goods or services does not affect this analysis.

A number of measures and causes of action are available for unregistered marks, such as the common law tort of passing off and injunctive relief, as discussed below.

If rights in an unregistered mark or other commercial sign are violated, the owner is entitled to bring an action for the common law tort of passing off. Various kinds of activities may constitute passing off, including:

Three elements are required to prove passing off. First, there must be a pre-existing commercial reputation in the mark. Second, the public must have been deceived or confused as to the mark’s origin. Third, this must have caused actual or potential damage to the plaintiff (eg, Ciba-Geigy Canada Ltd v Apotex Inc [1992] 3 SCR 120 (SCC) and Kirkbi AG v Ritvik Holdings Inc 2005 SCC 65). Section 7(b) of the Trademarks Act provides for a similar cause of action. The common law tort per se is not available in Quebec, although general principles of civil liability in the Quebec Civil Code facilitate a similar cause of action.

Owners of registered marks are provided with additional means of addressing passing off in the Trademarks Act. These include causes of action for infringement (Section 20) – which include the sale, distribution or advertisement of goods or services; the manufacture, possession, import, export or attempt to export goods for the purposes of sale or distribution in association with a confusing trademark or trade name; or the commission of any of these acts in the knowledge that the mark is not associated with the goods or services to which it is attached – and depreciation of goodwill (Section 22), which is usually relied upon in the case of well-known marks. Owners of registered marks may also avail themselves of the new request for assistance procedure (Section 51.04) and request the Canada Border Services Agency to detain imported counterfeit trademark goods before they can enter the Canadian market.

Common law rights in trademarks and other commercial signs can also be enforced through injunctions, although such relief is usually granted only in extreme circumstances. Three factors are considered when granting an injunction:

Interlocutory or interim injunctions are rare and typically difficult to obtain, although the British Columbia Supreme Court recently granted one where the defendant – who had sold his business name to the plaintiff in a bankruptcy proceeding – began operating a consulting business under a nearly identical name (Alpha Neon (2012) Ltd v Ziskos, 2014 BCSC 2326). In extreme circumstances, where there is a real or impending threat to property rights, a rights holder may be able to obtain a quia timet injunction. Injunctions may also serve as a remedy in successful passing-off cases.

Owners of unregistered trademarks can seek the transfer of domain names containing the same or a confusingly similar mark by bringing a complaint under the Canadian Internet Registration Authority’s Dispute Resolution Policy (CDRP) for domain names in the country-code top-level domain (TLD) ‘.ca’, or under the Internet Corporation for Assigned Names and Numbers Uniform Domain Name Dispute Resolution Policy (UDRP), for those in the generic TLD ‘.com’.

Under the CDRP, complainants must meet the Canadian presence requirements and must establish that:

Both registered and unregistered trademarks may form the basis of a complaint. ‘Marks’ are broadly defined by the CDRP and include both trademarks and trade names used in Canada to distinguish the complainant’s wares, services or business. Complainants relying on unregistered rights must adduce evidence establishing the mark’s reputation, such as explaining advertising and marketing practices, providing advertising expenditures in the relevant jurisdiction and producing business records demonstrating sales in association with the mark or trade name (eg, Guitar Center, Inc v Robert (Rob) Pipemi, CDRP Dispute 254 (BCICAC), March 27 2014).

UDRP complainants must likewise demonstrate ownership of a confusingly similar mark, bad-faith registration of the domain name and the registrant’s lack of legitimate interest. The UDRP defines ‘marks’ more narrowly, specifically excluding business and trade names, personal names and geographic identifiers from protection unless they are also trade or service marks. That said, UDRP panels have accepted unregistered trademark rights as grounding a UDRP complaint where the mark is shown to have become a distinctive identifier of the complainant or its goods and services.

Owners of trade or business names may also seek to change a deceptively similar business name under the provincial or federal business acts, most of which prohibit the adoption of business names that are identical or similar to the name of a known body corporate, trust, association, partnership, sole proprietorship or individual, or the name by which one of those entities carries out its business or identifies itself where use of that name would be likely to deceive. The acts and regulations typically also contemplate administrative proceedings, allowing trade or business name owners to file a complaint with the relevant government department seeking an order that the other party be required to change its name. For example, Section 12 of the Canada Business Corporations Act (RSC, 1985, c C-44) contains a prohibition against adopting a deceptively descriptive name and provides the director with power to order a corporation doing so to change its name. Such proceedings are usually reserved for clear-cut cases of bad faith.

In Quebec, the Charter of the French Language and related regulations require all inscriptions to be in French, regardless of whether they appear on product packaging, commercial documents or public signage. An exception exists for non-French trademarks that are recognised within the meaning of the Trademarks Act and for which no French version has been registered. In such case no French translation is required. However, the term ‘recognised’ is undefined and although courts have held that both registered and unregistered marks fall under this exception, the Office québécois de la langue française (the Quebec government body in charge of protecting the French language in Quebec) takes the position that only registered trademarks can benefit from the exception. Securing registration for non-French trademarks used in the province of Quebec is therefore advantageous.

While rights in trademarks and other commercial signs can exist irrespective of trademark registration, registration has many important advantages, including:

Once amendments to the Trademarks Act set out in Bill C-31 are implemented, marks for which there has been no use in commerce will be allowed to seek the benefits of registration, including national protection and access to the Madrid system of international registration. 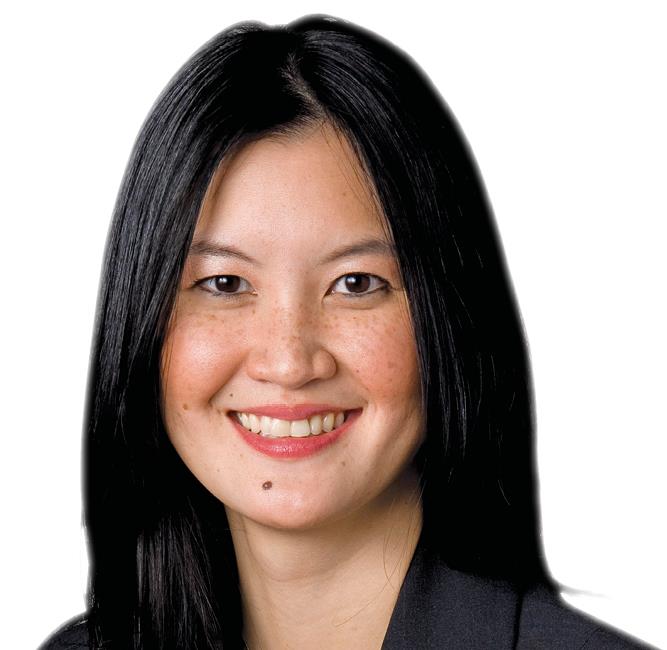 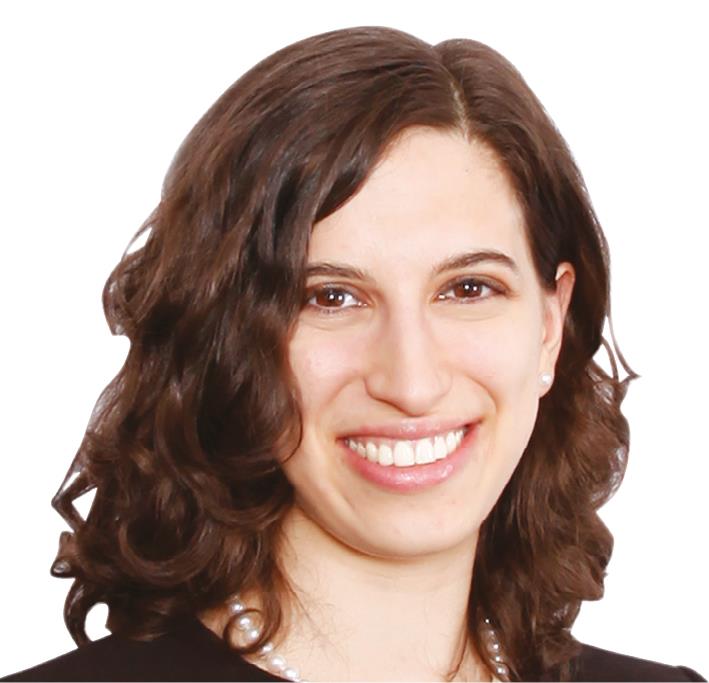 Tamara Céline Winegust is an associate at Bereskin & Parr LLP and a member of the trademark practice group. Her practice focuses on trademarks, new media/copyright, licensing, marketing and advertising law, in addition to litigation.