In today’s media-saturated environment, consumers are exposed to thousands of marketing messages every day. To cut through this clutter and connect with consumers, brand owners are adopting strategies that are often at odds with the conventions and legal principles of Canadian trademark law, including fluid marks – marks that are dynamic and interactive, rather than having a uniform format – and slogans that are often descriptive or of limited distinctiveness.

On June 19 2014 Bill C-31, an omnibus budget bill amending dozens of statutes, passed into law. The bill’s amendments to the Trademarks Act are the most significant changes to Canada’s trademark system in over 60 years. They not only eliminate use of a trademark as a registration requirement, but also remove the need to identify filing grounds or file a declaration of use. The amendments to the act are not expected to be implemented until late 2016, while amendments to the Trademarks Regulations are still being drafted. The amendments will broaden the definition of a ‘trademark’ and make it possible to protect non-traditional marks such as scent, taste and texture marks. While these could provide tools for protecting fluid marks, new grounds of examination could pose obstacles to the registration of certain types of mark that are currently more easily protectable, including slogans.

Fluid marks are trademarks that are intentionally dynamic and interactive. The best-known example today is probably Google’s constantly changing doodles on its home page. Another well-known fluid mark is the Absolut vodka bottle – advertisements featured the depictions of the bottle in many different media, but the outline of the bottle remained a strong source identifier. Another fluid marketing campaign which attracted attention involved Perrier temporarily replacing its name on its bottles with words such as ‘sexier’, ‘crazier’, ‘flirtier’ and ‘sassier’ in its usual script. In a similar vein, (Product) RED and Gap launched a joint campaign that transformed the (RED) trademark into various words (eg, EMPOWE(RED), UNCENSO(RED), DESI(RED), DISCOVE(RED), INSPI(RED), ADMI(RED), ADO(RED)), and in so doing managed to bring a new dimension of meaning to the campaign, while still retaining the message connoted by the singular (RED) mark.

Perhaps the most fluid of all marks are those that employ moving designs. For example, the tourist website of two northern Norwegian municipalities, www.visitnordkyn.com, features a logo that changes every five minutes based on current weather conditions.

From a trademark perspective, protecting and enforcing fluid marks poses unique challenges. It has long been a key principle of Canadian trademark law and practice that the best way to build a strong mark that clearly signifies its source is to use it consistently and statically over time. Over the years Canadian courts have warned that deviations from the original mark are “objectionable”, “very dangerous” and akin to “playing with fire”. A significant risk is cancellation for non-use of the original registered mark.

In Canada, after the third anniversary of its issuance, a trademark registration can be summarily cancelled for non-use if the registered owner cannot show that the mark has been used in the country in the three years preceding commencement of the cancellation action. Determining whether a mark as used is close enough to the mark as registered such that use of the modified mark will sustain the registration requires case-by-case analysis. While minor updates and tweaks that are unimportant to the mark’s overall commercial impression are unlikely to result in cancellation, even relatively modest amendments can pose problems (eg, the addition of a descriptive word or the omission of a design element).

Accordingly, before adopting a fluid mark strategy, brand owners should consult with counsel to determine whether the existing registration(s) will be maintained by use of the modified marks. The best means of maintaining a registered mark is to continue to use the mark as registered with all registered goods and services, concurrently with the fluid mark.

Also to be considered before launching a fluid or flexible branding initiative is the strength of the mark being riffed upon. Presenting multiple versions of a weak mark could dilute the mark or render it generic. If the mark is not already strong, frequently changing it makes it more difficult to build consumer recognition.

A multi-faceted approach is likely required for a successful fluid branding initiative. In addition to continuing to use the mark as registered and, where practical, registering the modified version(s), several other trademark protection strategies are available. In many cases it is possible to register the core of the mark’s identity. Consideration should also be given to registering a series of marks which, while not encompassing every variation of the mark, may be representative of the nature and scope of the various iterations. The registration of three or four representative variations of the mark could effectively stake a claim for a range of variations. In addition to these strategies, brand owners should remember that common law rights in a mark can be acquired through use, and that appropriate marking and legends can assist in ensuring that modified marks function as source identifiers. In addition, brand owners and their counsel should discuss possible protection under the copyright, industrial design and patent regimes.

The implementation of Canada’s new trademark legislation, expected to occur next year, will expand brand owners’ options for protecting fluid marks. The definition of a ‘trademark’ will be broadened from referencing marks used for distinguishing goods and services to signs or combinations of signs used for or proposed to be used for distinguishing goods and services. The term ‘sign’ will further be defined to include “a word, a personal name, a design, a letter, a numeral, a colour, a figurative element, a three-dimensional shape, a hologram, a moving image, a mode of packaging goods, a sound, a scent, a taste, a texture and the positioning of a sign”.

This is a substantial expansion of what can be registered as a trademark in Canada, as the current act has been interpreted as not permitting registration of marks that are incapable of visual depiction. Currently, holograms, moving images, scents, tastes, textures and marks consisting solely of colour are not considered registrable. Nor has the positioning of a mark by itself been registrable.

Fluid marks that are so fluid as to be in motion could be protected under this expanded definition of a ‘sign’, which specifically includes “a moving image”. Where colour forms the core of a brand’s identity, registration of a mark consisting only of a colour can be sought under the new legislation. The ability to register “the positioning of a sign” can also help with the protection of fluid marks that feature varying elements in consistent arrangements. However, the new legislation also introduces potential hurdles to registration of certain types of mark.

Slogans, sometimes referred to as taglines, are short, catchy phrases intended to cut through the advertising clutter and draw consumer attention to a brand and to the advantages or attributes of the brand owner’s goods or services. While slogans are not explicitly referenced in the current legislation, they have long been recognised in Canada as being capable of functioning as source identifiers and, subject to certain restrictions, being registrable as trademarks.

Currently, the primary obstacle to registration of a slogan is the issue of whether it is clearly descriptive or deceptively misdescriptive of a character or quality of the associated goods or services. Given the function of slogans to draw attention to the advantages or attributes of the associated goods, descriptiveness objections during examination are common. Currently, examination in Canada does not consider the inherent distinctiveness of a mark, apart from its descriptiveness.

Under the new legislation, slogans may face an additional obstacle to registration. Specifically, they may be rejected during examination on the basis that they are not inherently distinctive. The new legislation will require applicants to furnish the Trademarks Office with evidence to establish that a mark is distinctive as of the application’s filing date. Circumstances in which such evidence will be required include the following:

Marks that have low inherent distinctiveness may not be registrable under the new legislation, unless evidence of distinctiveness in Canada is filed. Slogans may also fall into this category by virtue of being descriptive of the goods or services, but without reaching the ‘clearly descriptive’ threshold. Alternatively, the slogan might be descriptive, but not sufficiently descriptive of an intrinsic characteristic or quality of the goods or services as is required to reach that threshold. As a result, such slogans may need to be used before they are registered so that evidence of acquired distinctiveness can be provided to the Trademarks Office.

Slogans and fluid marks are increasingly valuable tools for helping brand owners to stand out in a crowded marketplace. Careful consideration should be given to assessing the potential risks involved with the adoption and protection of slogans and fluid marks, especially in view of the major changes expected to Canada’s trademark law and practice. 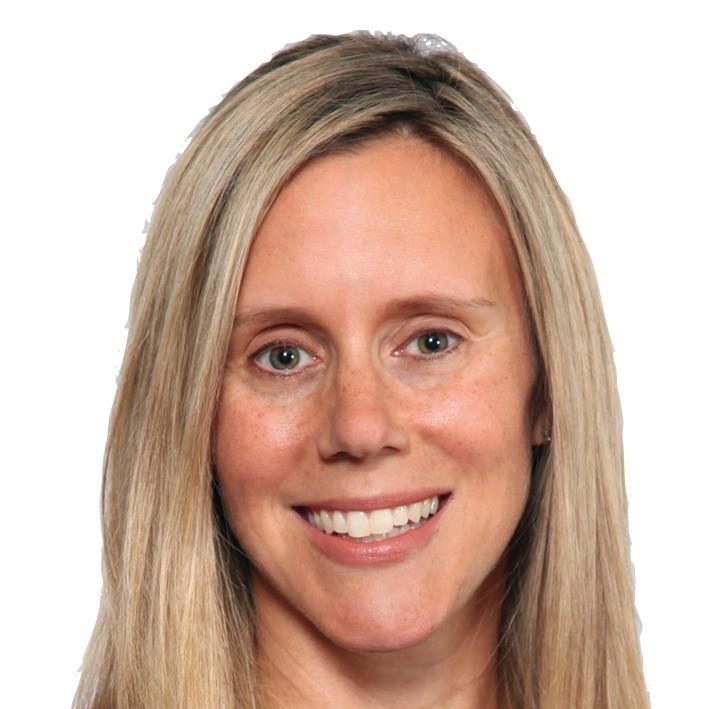 Janice Bereskin is a partner with Bereskin & Parr LLP whose practice focuses on Canadian and international trademarks. She has in-depth experience in search analysis, applications, oppositions, cancellation proceedings and portfolio management. Ms Bereskin offers clients strategic advice for protecting and managing their trademarks in Canada and abroad. She is an active member of the International Trademark Association (INTA) and recently served on INTA’s board of directors. 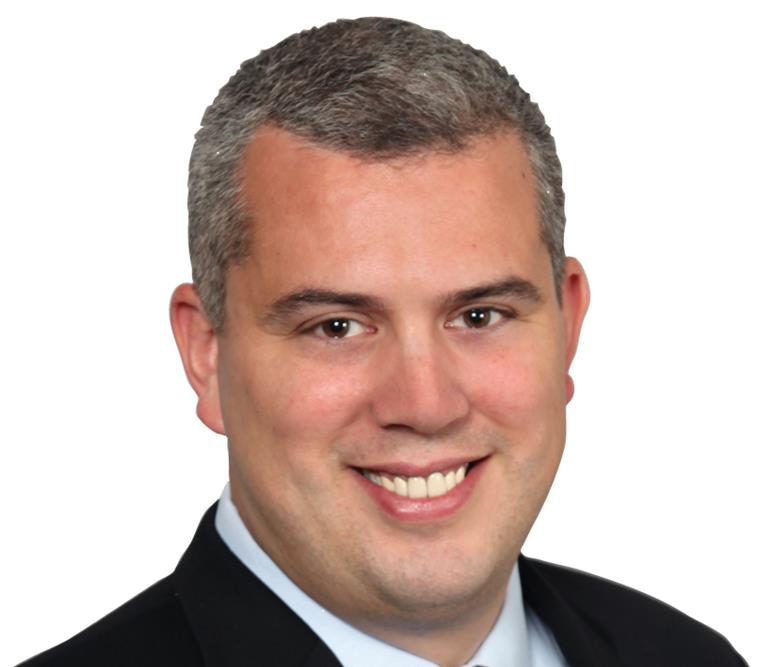 Jonathan Burkinshaw is an associate with Bereskin & Parr LLP. His trademark practice focuses on conducting searches, providing opinions and advice on registrability, filing and prosecuting applications, and representing clients in opposition and expungement proceedings and trademark infringement matters, as well as domestic and international trademark portfolio management. Mr Burkinshaw is a member of committees of the INTA and the Intellectual Property Institute of Canada. He has recently been ranked by Who’s Who Legal: Trademarks 2015 for trademark filing and registration.