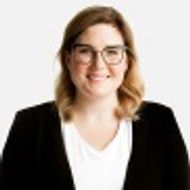 The Regional Court of Munich has considered whether a German trademark registration that is identical to a well-known mark covering identical or similar goods outside Germany constitutes a bad-faith filing. Although the court did not find that the disputed marks were filed in bad faith in this instance, it confirmed that bad faith is assessed on a case-by-case basis. The decision is not yet final and it remains to be seen whether it will be confirmed upon appeal (assuming that it moves to the next instance).

The case is a reminder of how important it is for trademark owners to review and maintain their trademark portfolios to ensure that all relevant markets are covered. If not, they may struggle to prevent third parties from using an identical mark for identical goods and freeriding on their reputation.

After acquiring part of Nestlé’s US confectionery business in 2018, sweet manufacturer Ferrero filed a claim against a German company, mostly active in the beverage sector, that was offering Butterfinger chocolate bars in packaging similar to that of the original Butterfinger bar sold in the United States. The defendant also owned German trademarks for BUTTERFINGER and BABY RUTH for various goods, including sweets and chocolate products. BABY RUTH was filed shortly after the acquisition by Ferrero was announced. Only one of the BUTTERFINGER marks was already subject to the use requirement at the time of filing the action.

Among other claims, Ferrero requested that the German company be ordered to cease and desist from offering the lookalike Butterfinger chocolate bar. Further, Ferrero claimed that the defendant’s German BUTTERFINGER mark, which was already subject to the use requirement, be revoked due to non-use and that all marks for BUTTERFINGER and BABY RUTH be cancelled on the grounds of bad faith.

The Regional Court of Munich decided that Ferrero had successfully shown that BUTTERFINGER and BABY RUTH enjoy an outstanding reputation in the United States and granted the injunction in relation to the lookalike Butterfinger chocolate bar based on unfair competition law.

However, the claims for revocation and cancellation of the German trademarks were partially denied.

First, the German company was able to demonstrate its use of BUTTERFINGER (albeit infringing use) at least in relation to chocolate products. Therefore, the mark was only partially revoked.

Second, in light of this use, the court surmised that the trademark filings for BUTTERFINGER were not made in bad faith. The same was confirmed for BABY RUTH.

Given the principle of territoriality, the court confirmed that applying for a trademark in Germany with knowledge of another party’s use of the same or a confusingly similar sign for similar or even identical goods abroad does not in and of itself warrant the finding of bad faith. Rather, this would require additional circumstances that would make the filing appear to be anti-competitive, which the court concluded did not exist in this case.

The court stressed the fact that Nestlé had previous trademark rights in Germany but had refrained from any use of the marks and that there was no evidence to suggest that Ferrero was planning on using them in Germany at the time of the German company’s filings. As a result, the trademark filings could not prevent Ferrero or Nestlé from entering the market.