Every Tuesday and Friday World Trademark Review presents a round-up of news, developments and insights from across the trademark sphere. In today’s edition, we look at the ongoing trademark dispute between two comic conventions, how Jaguar Land Rover is seeking to protect a discontinued vehicle design, the latest in Amazon’s bid for the ‘.Amazon’ gTLD and the lessons that can be gleaned from US President Donald Trump’s trademark activity in China. Coverage this time from Trevor Little (TL), Tim Lince (TJL), Adam Houldsworth (AH) and Timothy Au (TA).

Jaguar Land Rover seeks to stop ‘copycat’ in his tracks – Chemicals tycoon Jim Ratcliffe is seeking to manufacture and sell a reproduction of the Land Rover Defender, the iconic vehicle discontinued by Jaguar Land Rover in early 2017. However, the famous automotive company opposes Ratcliffe’s project, and is reported to have filed five trademark applications before it ceased production of the Defender. The filings – which have been opposed by Ratcliffe’s company Ineos – could put a break on the billionaire’s plans. We have written extensively about ‘zombie brands’, whereby abandoned marks are resurrected by third parties. In this instance, Jaguar Land Rover has seemingly filed the marks in a bid to prevent third parties capitalising on brand heritage. If this approach is successful, expect other companies to consider a similar strategy in the future. (AH)

Morocco ups trademark fees – The Moroccan Office of Industrial and Commercial Property has confirmed it is increasing its fees for all IP matters, including trademarks, patents and designs, from October 1. A list of the fees (in French) for large businesses can be viewed here, and includes the cost of filing or renewing a trademark in one class rising from 1,800 MAD ($191) to 2,400 MAD ($254). The cost for SMEs and individual filers also sees rising costs. IP law firm Jah & Co has advised its clients to file any proposed trademarks, patents or designs in the next few days to “benefit from the old fees”. (TJL)

Jamaica set to sign up to Madrid Protocol – Jamaica’s minister of culture, gender, entertainment and sport, Olivia Grange, has announced that the country is committed to joining the Madrid Protocol. Trademark legislation will be amended promptly to ensure a swift entry into the international trademark system, she promised, emphasising the potential benefits to Jamaican brand owners. The announcement was made following a two-day conference exploring the strategic uses of IP in the sports sector. As noted in a previous WTR Round-up, the conference reached out beyond the IP community to engage a broader audience in the debate: Olympic gold medallist Veronica Campbell Brown addressed the gathering, as did a representative of the country’s writers and musicians. (AH)

Laos IP Department vows to improve trademark knowledge – The Director general of Laos’ Intellectual Property Department, Khanlasy Keobounphanh, has committed to increasing IP awareness among the country’s businesses in a bid to improve rates of trademark registration. Xinhua reports that she told state-run media that local enterprises currently lacked a clear understanding of the concept of intellectual property and the significance of being protected. Laos’s government is currently working to amend national IP laws and recently unveiled a strategic IP development plan, due to run until 2025. Keobounphanh’s most recent remarks were made shortly after an INTA-commissioned study was published which showed the importance of trademark-intensive industries to five other South East Asian economies. (AH)

China’s ‘most spectacular’ library closed in spat over counterfeit books – Liyuan Library, which has been labelled China’s most spectacular library, has been found to be housing shelves of counterfeit books – including versions with different covers, incomplete translations and printing mistakes – the majority of which had come from public donations. While it removes all of the offending books from its collection, the library has been shut down by the National Anti-Pornography and Anti-Illegal Publications Office, which has been a major force against illicit goods. (TA)

Comic Con lands early blows in fight with namesake – The San Diego Comic Convention has received good news in its infringement suit against Salt Lake Comic Con. The Californian organisation owns a number of trademarks protecting its use of the COMIC-CON name, and claims that its Utah counterpart has infringed these rights. It was boosted recently by Judge Anthony Battaglia’s exclusion of an expert witness for the Salt Lake City event, and his dismissal of the defence’s motion for summary judgement. The dispute raises interesting questions about when and how a term becomes generic, and this key point is yet to be determined by the courts – making it a case to follow. (AH)

UK police shuts down 28,000 websites selling fakes – Around 28,000 websites that were selling counterfeit products, including over 4,000 that were set up using stolen identities from customers, have been shut down by the City of London Police’s Intellectual Property Crime Unit. The figures were released as PIPCU launched an awareness campaign to highlight the potential dangers of buying imitation goods, including the risk of identity fraud. (TA)

Win against Chinese counterfeiters for US automotive manufacturer – A Georgia-based car accessories producer has won verdicts of patent and trademark infringement against a number of Chinese companies. Interestingly, Omix-ADA noticed the infringement at the Speciality Equipment Market Association (SEMA) trade show in Las Vegas, where counterfeits of its products were being sold. Reporting the victory, Plastics Today notes that trade shows are often an important environment in which brand owners can spot fake versions of their products. As has been previously argued in World Trademark Review, the key is to take swift action, which means being ready to act at first sight of infringing goods. (AH)

Ohio and Oklahoma agree to share OSU trademark – Ohio State University and Oklahoma State University have come to an agreement that will allow both schools to use the OSU trademark, after the latter had previously objected to the former’s attempt to register the mark at the USPTO. Although the universities each hold rights in the initials in different states, circumstantial changes had made their previous arrangement unserviceable. The new agreement comes with many stipulations, but both sides have promised to resolve any disputes through negotiations in good faith. Sometimes peaceful co-existence is simply the right – and less costly – approach to take.  (TA)

Google agrees billion dollar deal for HTC smartphone business – Google has announced that it will pay $1.1 billion for a section of HTC’s smartphone business. The deal, which sees 2,000 HTC employees move over to the Californian technology brand, is expected to consolidate Google’s growing hardware activities, while freeing up HTC to focus its efforts on key products. Google has been at the forefront of developing virtual and augmented reality offerings in recent years, and Gartner research director Anshul Gupta has observed that the move could facilitate the building of differentiated devices to compete in the market. Perhaps this is the move that will finally propel those technologies into the mainstream. (AH)

Tencent forms closer ties with JD.com to better exploit IP – Tencent has entered a cooperative agreement with e-commerce outfit JD.com aimed at better commercialising the former’s intangible assets. A major player in China’s internet messaging and gaming sector, Tencent is seeking other avenues to monetise its brands. The partnership with JD therefore opens up new retail opportunities for branded merchandise and accessories. As World Trademark Review has reported previously, Tencent’s WeChat service has been targeted as a marketing channel by counterfeiters. Industry sources tell us that the company is keen to work with brands to combat infringement. As it increases its own merchandising activities, it could itself become a target for counterfeiters. Should that be the case, it will provide the company with further financial motivation to clamp down on fakes. (AH)

New device can detect counterfeit spirits – Scientists at the University of Manchester have unveiled a device capable of identifying fake spirits while in their bottles. The SORS (‘spatially offset Raman spectroscopy’) device directs lasers through the glass, which enables it to provide an accurate chemical analysis of the contents without the need to open the container. It is also able to distinguish one whisky brand from another. This will surely come as good news for brand owners in the food and beverages industry, where counterfeit goods are especially difficult to identify. The key will be whether SORS is adopted by the industry in a bid to simplify the recognition of fake drinks. (TA)

Trump’s China trademark lessons – There are a number of lessons that can be gleaned from US President Donald Trump’s trademark activity in China, according to a recent article in South China Morning News. According to author Jane Li, Trump has “quietly registered at least 123 trademarks under his name in China”, all without any active business operations. This, she adds, is an example of how registering “early and widely” is key to the successful protection of a brand in China. Of course, that hasn’t stopped brands appearing in China that Trump will no doubt be unhappy about – for example, the article features a photo of the headquarters of one such company which sells Trump brand toilets. Another lesson, the article notes, is being aware of the changing tide in how IP cases are handled in China. “Previously, the cost of defending one’s brand was higher than that of infringing others’ trademarks,” commented Charles Feng, a partner at law firm East & Concord Partners. “This situation is changing.” (TJL)

Brands eye Pakistan growth, and drive office revenues – The registration of trademarks – up 7% year-on-year, to 35,972 applications – generated Rs278.4 million of revenue for the Pakistan IP Office, according to a report in the International News. Aftab Muhammad Khan, registrar of trademarks, noted that demand was coming from both domestic and international brands. However, he noted that the registry was facing problems with staff shortages. Whether increased revenues will allow it to overcome these hurdles and staff up remains to be seen. (TL)

Matheson moves – Matheson has announced that Deirdre Kilroy has joined the Irish law firm as a partner and head of intellectual property, while Chris Bollard has joined as a partner and will support its new San Francisco office. Kilroy joins after 12 years as head of technology and intellectual property with LK Shields. Bollard joins from Arthur Cox. (TL)

DLA Piper move announced – DLA Piper has announced the addition of Douglas Emhoff as a partner in the firm’s intellectual property and technology practice, and its media, sport and entertainment sector. Emhoff, who joins from Venable, will be based in the firm’s Los Angeles and Washington DC offices. (TL)

Buchalter deepens its litigation bench – Willmore F Holbrow III has joined Buchalter as a shareholder and member of the intellectual property and litigation practice groups in Los Angeles. Holbrow’s practice focuses on IP litigation with an emphasis on trademark, patent, copyright, and trade secret matters. Prior to his experience in private practice, he served as an engineer in the Air Force and a first-chair trial attorney in the Air Force Judge Advocate General’s Corps, handling felony level cases. (TL)

The wait goes on for Amazon – Two weeks ago we reported on Amazon’s call for ICANN to “immediately approve” its application for the ‘.amazon’ gTLD, noting that prompt action is necessary because “there is no sovereign right under international or national law to the name ‘Amazon”’, with an Independent  Review Process Panel having previously ruled that ICANN acted in a manner inconsistent with its bylaws when rejecting the company’s application. ICANN has now indicated that its response will not be immediate, after its board of directors referred the issue to a subcommittee for further consideration, but has indicated that a ‘prompt’ consideration can be expected. On Domain Incite, Kevin Murphy reports that ICANN could issue its formal response before next month’s public meeting in Abu Dhabi. For now, though, the wait goes on. (TL) 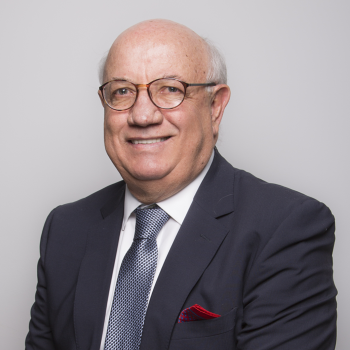